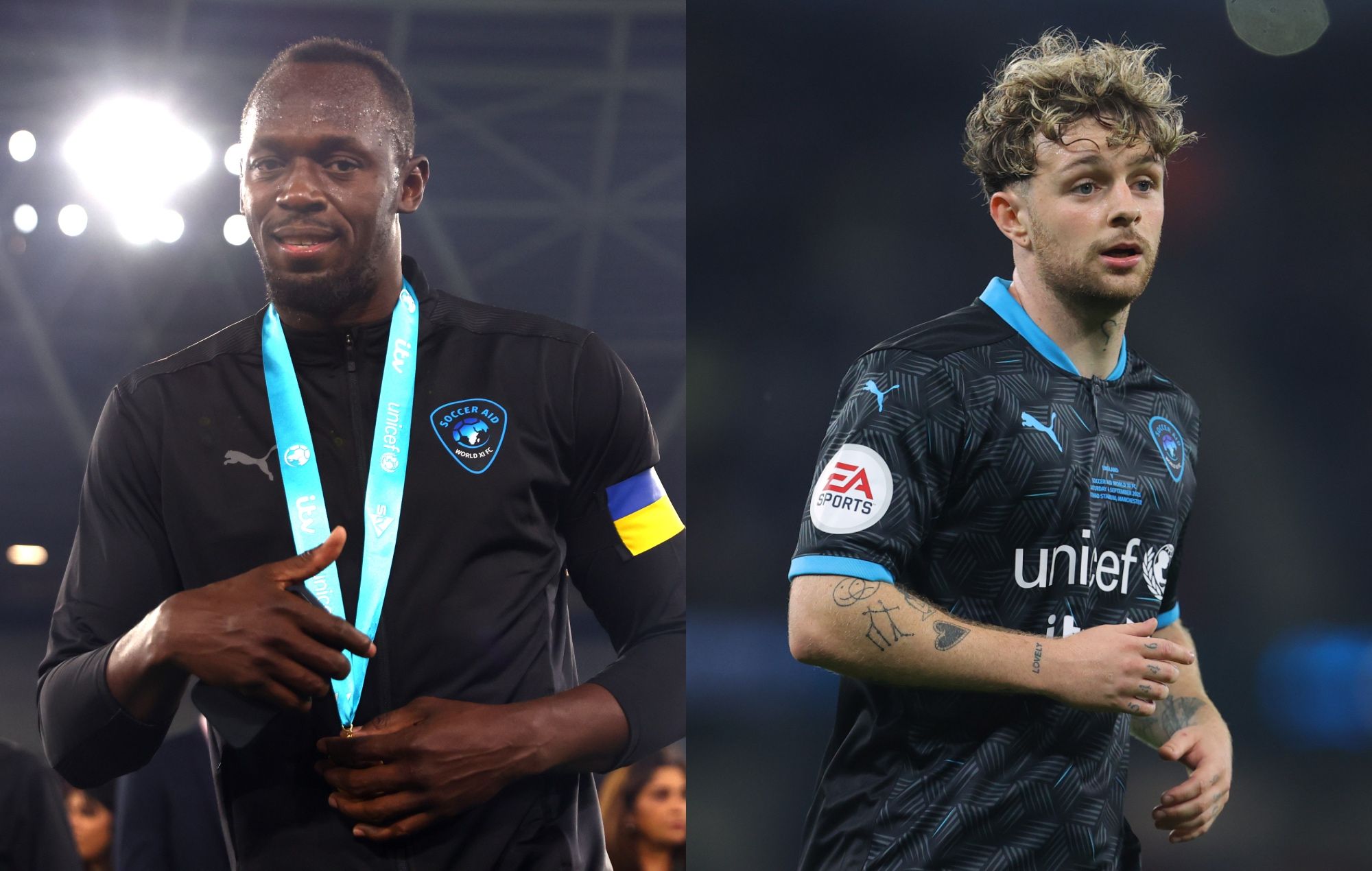 Tom Grennan and Usain Bolt to collaborate on new music

Tom Grennan and Usain Bolt are set to collaborate on new music, it’s been reported.

The ‘Evering Road’ singer-songwriter is said to have struck up a friendship with the former Olympic sprinter-turned-musician after they both participated in Soccer Aid 2022 earlier this month (Grennan played for the England team while Bolt captained the Rest Of The World side).

Bolt – who released his debut album ‘Country Yutes’ last September via his own label, 9.58 Records – told The Sun‘s ‘Bizarre’ column: “We are still working on our rhyme right now. Next year we will do an album.

“We are still trying to get my name out there for music as people still don’t take it that seriously. Then I’ll try to put out another album.”

He continued: “Music is just a part of me. In lockdown I wasn’t doing much so I thought I could take the opportunity to get into music as it is something I love to do. I’d like to do more collaborations on the record.”

Grennan added: “Usain is a producer. I am a singer. When he is doing his album I am flying to Jamaica 100 per cent.”

After retiring from athletics in 2017, Bolt launched a music career in 2020 with a remix of Ultimate Rejects’ track ‘Energy To Burn’.

Meanwhile, Tom Grennan recently spoke to NME about his recent attack ordeal in New York while revealing that work is almost complete on his third studio album. He said that the record would arrive “this side of the year” after “a little bit more production stuff”.

“One thing I can say is that it’s a different direction and a different chapter,” Grennan told NME. “One door has closed and another one is open. It’s a colourful album, an exciting one and it’s really going to lift people’s moods – because it lifts mine.”

Grennan will be performing headline gigs and festival shows throughout the summer. Visit here for dates, tickets and more information.