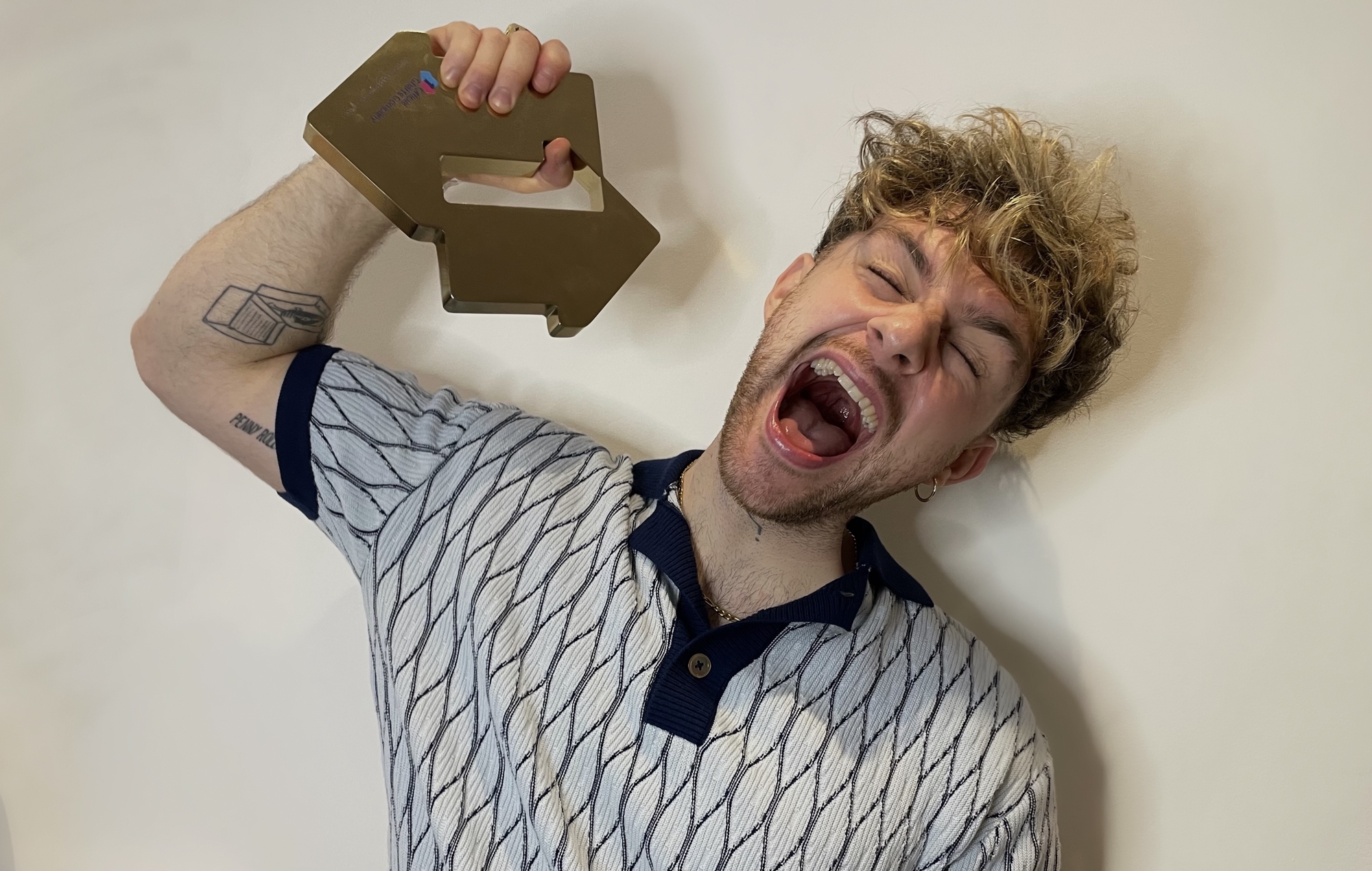 The Bedford singer-songwriter’s new album, which arrived last week (March 12), debuted at the top spot with over 17,000 chart sales – 73 per cent of which were physical copies, including CD, vinyl and cassette.

Grennan’s album was one of four new releases to land inside the Top Five, alongside Central Cee‘s ‘Wild West’ (Number Two), Thunder‘s ‘All The Right Noises’ (Number Three) and RJ Thompson‘s ‘Lifeline’ (Number Five). The only Top Five album leftover from last week was Dua Lipa‘s ‘Future Nostalgia’ which took the fourth spot.

“Everybody, we’ve done it! ‘Evering Road’ is Number One! I can’t believe it,” Grennan said after finding out he had reached the top spot. “I’ve just got to say thank you from the bottom of my heart, it means the world.”

He added: “It’s not down to me, it’s down to you. I just cannot believe it and I wish we could all celebrate together – these times are so tough, I know that – but we will be celebrating at the shows very, very soon.”

Earlier this month, Grennan earned his first two Top 40 singles in the very same week with ‘Little Bit Of Love’ and his Ella Henderson collab ‘Let’s Go Home Together’.

‘Evering Road’ follows Grennan’s 2018 album ‘Lighting Matches’, which features the singles ‘Something In The Water’, ‘Sober’ and ‘Found What I’ve Been Looking For’. It peaked at Number Five on the UK Official Album Chart.

Grennan’s new album marks the 10th Number One album on the bounce to top the Official Albums Chart with the majority of its chart sales coming from physical copies. The feat is particularly impressive given the UK has been in lockdown since the start of the year with physical stores closed.

The albums in chronological order are:

Barry Gibb – ‘Greenfields: The Gibb Brothers’ Songbook (Vol. 1)’
You Me At Six – ‘Suckapunch’
Bring Me The Horizon – ‘Post Human: Survival Horror’
Celeste – ‘Not Your Muse’
Foo Fighters – ‘Medicine At Midnight’
Slowthai – ‘Tyron’
Mogwai – ‘As The Love Continues’
Architects – ‘For Those That Wish To Exist’
Kings Of Leon – ‘When You See Yourself’
Tom Grennan – ‘Evering Road’

On the Official Singles Chart, Nathan Evans’ ‘Wellerman’ took the Number One spot, completing its journey from viral sensation to official chart-topper.

The remix of the sea shanty with 220 Kid and Billen Ted climbed from two to one this week, after seven consecutive weeks in the Top Three.

In the space of a few months, the former postman has gone from unknown musician to major label-signed chart star, after his rendition of sea shanty ‘Wellerman’ went viral on TikTok last year.

Meanwhile, Tom Grennan has announced details of a full UK tour later in the year – see the dates here.