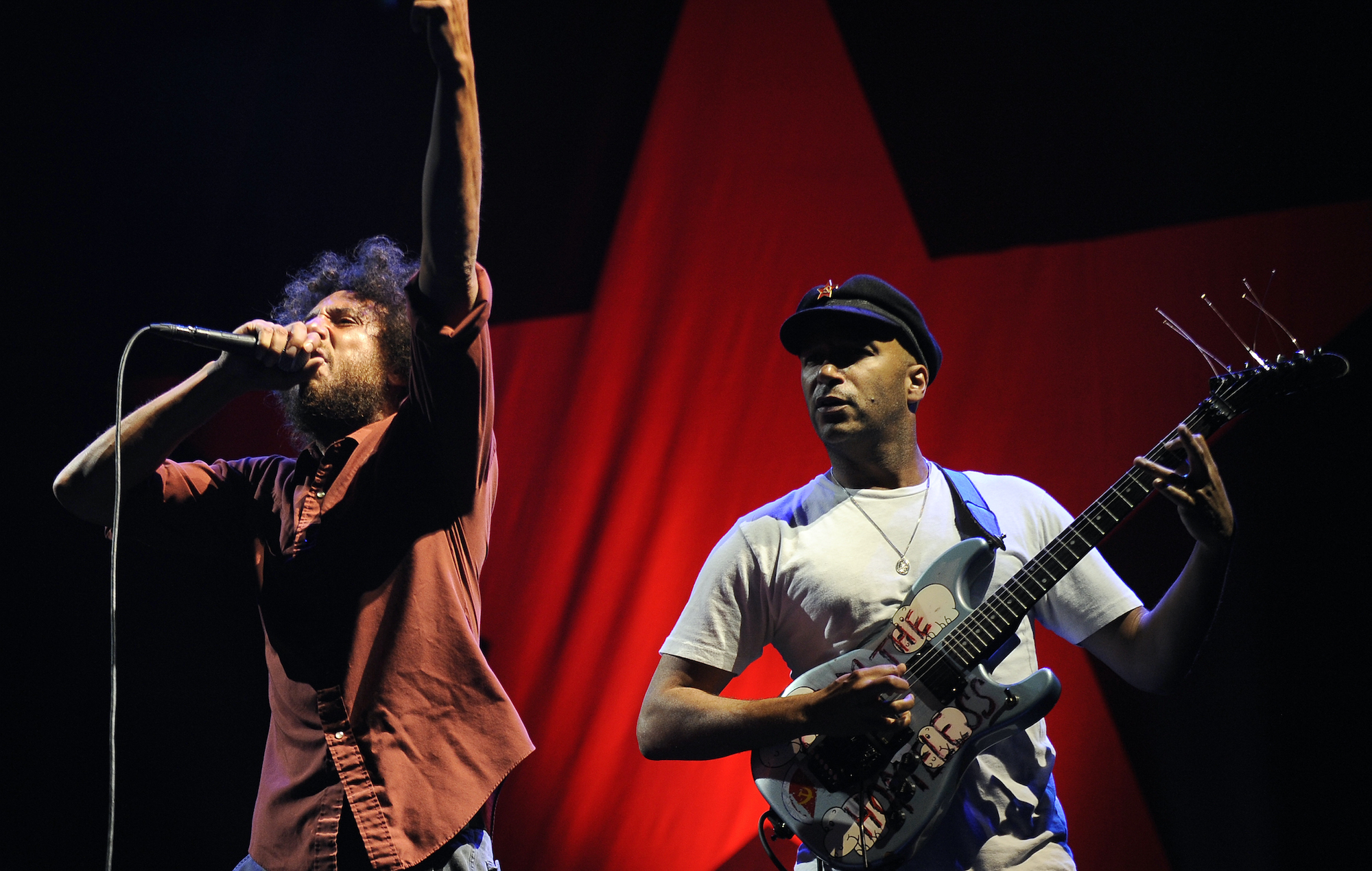 Tom Morello has hailed Zack de la Rocha as “the greatest frontman of all time” in a new interview.

The guitarist praised his Rage Against The Machine bandmate during a recent edition of Revolver‘s Fan First podcast, which was released last week (October 11).

“In my opinion, [Zack is] the greatest frontman of all time,” Morello said. “He’s the punk rock James Brown. There’s no one in the history of Western music that has the sort of the totality of spiritual commitment onstage and in the studio as that guy.”

He continued: “And it’s matched with a brilliant intellect, and he’s a tremendous musician as well, and it’s really an unbelievable combination. [I] just feel fortunate to be in a band with him.”

Elsewhere, Morello hailed his late Audioslave frontman Chris Cornell‘s “ability to craft beautiful and ferocious melody out of the ether”.

“And I remember making that first [Audioslave] record [self-titled] with Rick Rubin,” he said. “And Rick‘s like, ‘You don’t understand how lucky you got. I work with a ton of vocalists and it’s difficult to make a great melody. And this guy is just throwing them right and left!’”

Meanwhile, Rage Against The Machine are set to embark on their COVID-delayed reunion tour next spring. Supported by Run The Jewels, RATM will make their return to the stage in El Paso, Texas on March 31, 2022. They haven’t performed live since 2011.

The ‘Public Service Announcement’ tour will continue throughout April and May before resuming in East Troy, Wisconsin on July 9.

During a recent interview with NME, Tom Morello revealed that the group are “starting rehearsals in January”.

Rage were due to headline Reading & Leeds 2020 before the coronavirus pandemic forced the twin event’s cancellation. They did not return for this year’s festivals, which went head in August.