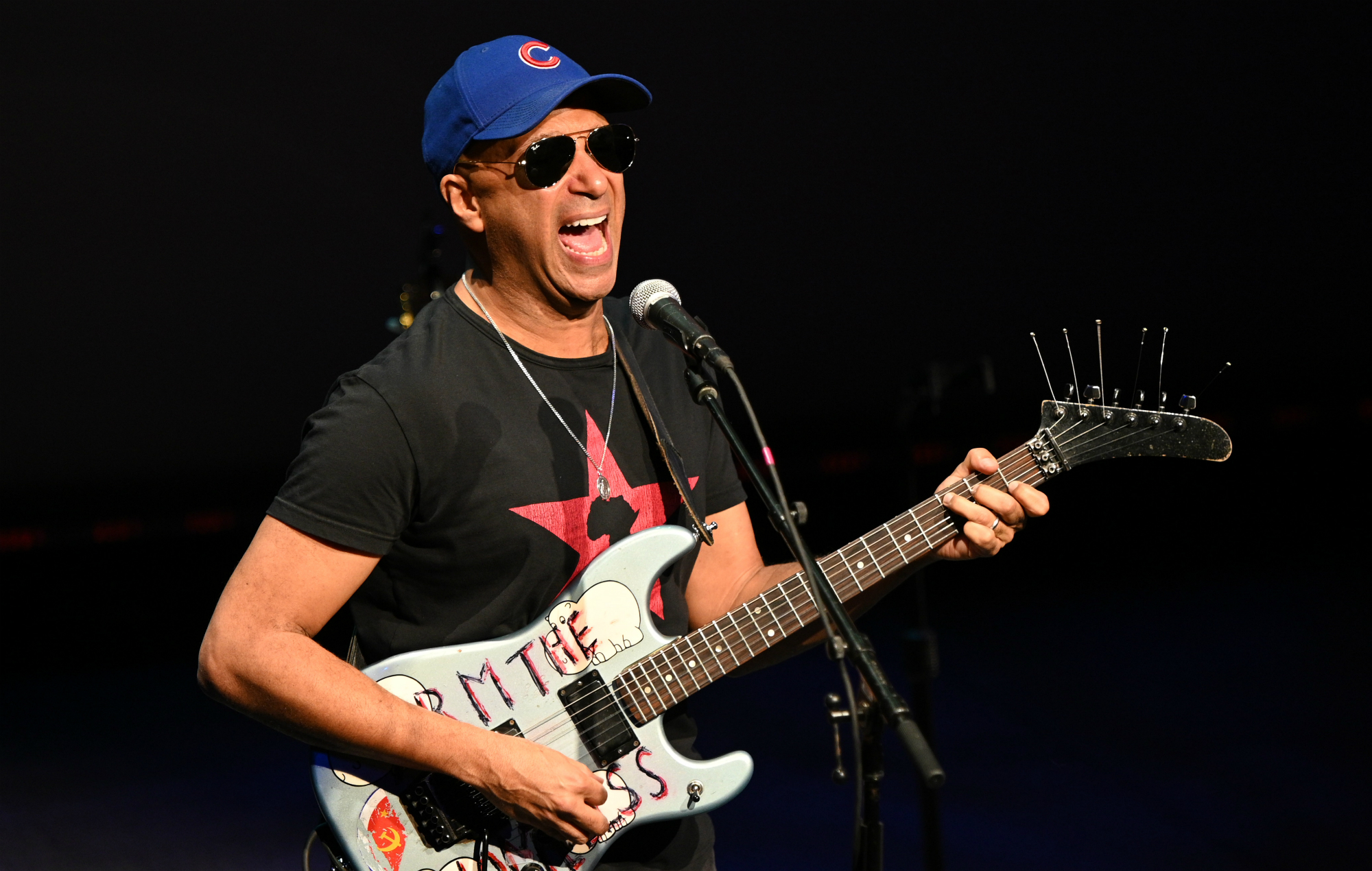 Tom Morello has revealed that Rage Against The Machine‘s classic track ‘Killing In The Name’ started out as just an instrumental.

The explicit, politically-charged single was released back in 1992, and features on Rage’s self-titled debut album.

Speaking on Rolling Stone‘s Music Now podcast (via Music-News), Morello recalled performing the song live for the very first time, saying: “It was originally an instrumental.

“There’s a Rage Against the Machine video from Cal State Northridge – which is our first public performance – where we open the show with an instrumental version of ‘Killing in the Name’ and Timmy [Commerford, bassist], I think, came up with that really cool [bass riff].

“[Drummer Brad Wilk’s] crowd-bouncing beat is there from the very, very beginning. And then Zack [de la Rocha, vocalist] laced it with the historic lyrics.”

He added: “We actually left the lyrics off of the lyric sheet of the first record, because it’s I think it’s two lines, 16 ‘fuck yous’, and one ‘motherfucker.’ And we’re like, in the midst of all this grand political poetry, let’s just that one stand for itself.”

Morello went on to praise the song’s one-line breakdown, saying that de la Rocha’s “Fuck you, I won’t do what you tell me” chant remains a “universal sentiment” despite its simplicity.

“While it’s a simple lyric, I think it’s one of [de la Rocha’s] most brilliant,” he added.


Last month, Morello praised protesters in Portland for chanting the aforementioned ‘Killing In The Name’ line to police officers. “Well that’s what it’s for!” he said on Twitter.

Back in June, Machine Gun Kelly and Travis Barker joined forces for a cover of the song in support of the Black Lives Matter movement. Its video sees the pair taking to the streets of LA in the fight against police brutality towards African Americans.