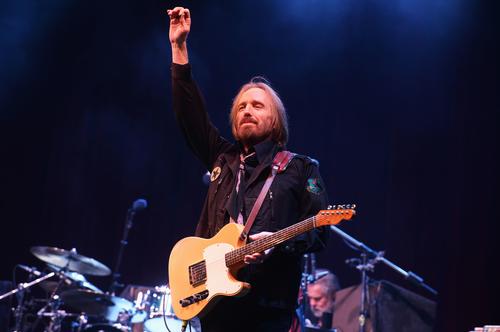 Back in October, the music world lost one the all-time greats when Tom Petty suddenly passed away at the age 66 from a heart attack. Well we’ve learned Friday that the heart attack was caused by an accidental drug overdose. The L.A. County Coroner says a number Tom’s organs failed due to “mixed drug toxicity.”

Tom’s autopsy shows the singer was on several pain meds at the time his death, including Fentanyl patches, oxycodone (Oxycontin), temazepam (Restoril), alprazolam (Xanax), citalopram (Celexa), acetyl fentanyl and despropionyl fentanyl. TMZ says the reason his doctors prescribed all these medications was because a number medical problems, including emphysema, knee problems and a fractured hip.

The family Petty says the start Tom’s demise was the fractured hip. He apparently insisted to go on tour for 53 dates with the bad hip, which worsened over time and caused him to take the meds. On the date he had the heart attack he was told his hip had graduated to a full-on break that made the pain unbearable and might’ve contributed to the overuse meds.

The autopsy says Petty ficially suffered from coronary artery atherosclerosis. However, there was an interesting note in the autopsy that Tom was revived, before later dying at the hospital. When paramedics arrived to the scene Tom was in full cardiac arrest, but CPR was able to revive him, but on the way to the hospital he lost pulse for twenty minutes. He reportedly went into cardiac arrest a second time in the hospital and died 21 hours after being admitted.