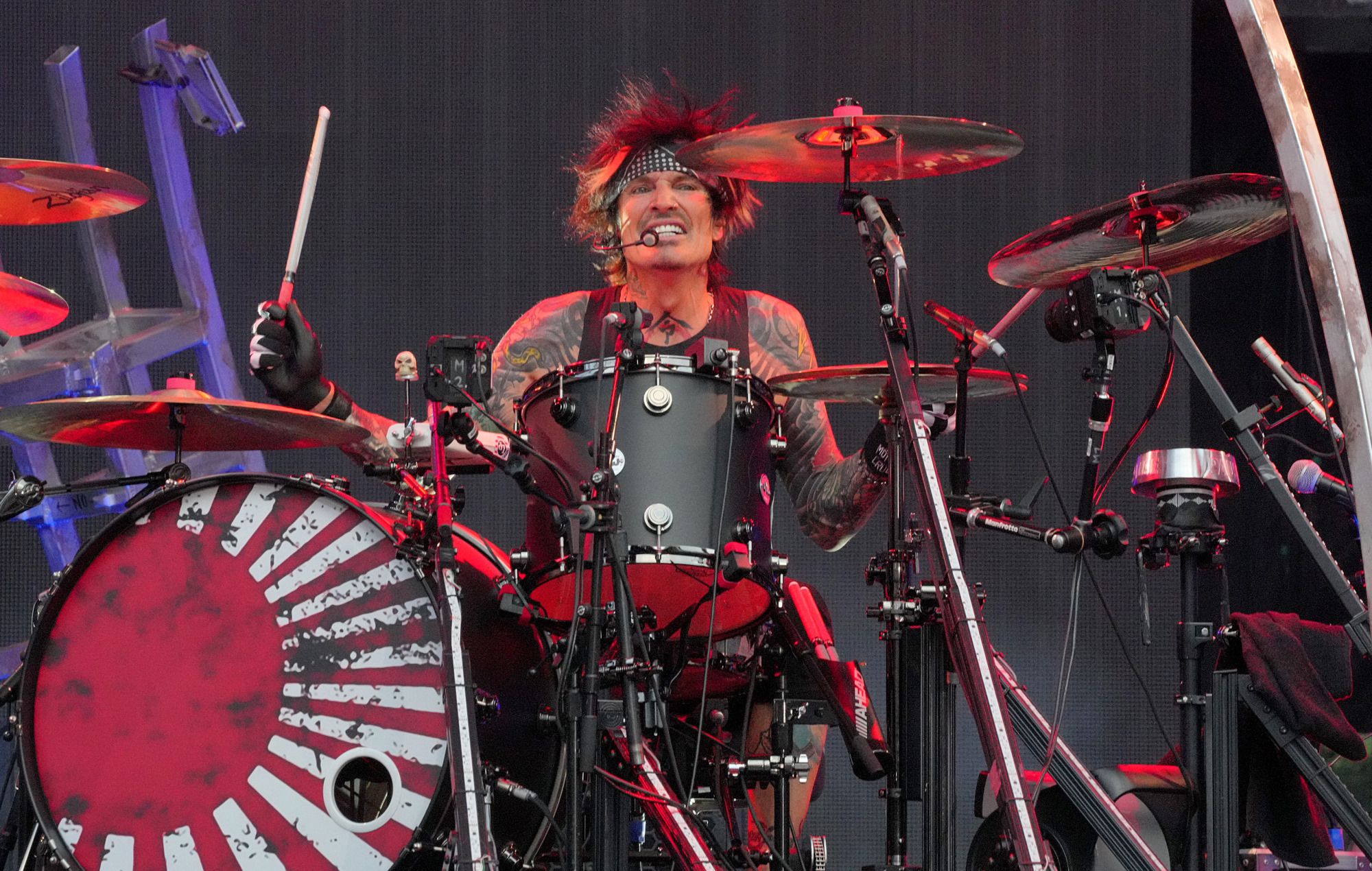 Tommy Lee revealed to the crowd during a Las Vegas show this weekend that he has joined OnlyFans.

Last month, the Mötley Crüe drummer uploaded a full-frontal nude selfie across his social media accounts, later saying he uploaded the picture while on a “bender”.

“A couple of weeks ago, we had like a two-week break off the tour, and I went on a motherfucking bender, bro,” he told the crowd during Mötley Crüe’s show in San Antonio, Texas on August 21.

“I got fucking sideways as fuck and got naked and posted pictures of my dick. And usually, I mean I’m a titty man, so I like to see titties, but tonight is equal-opportunity night. Tonight I wanna see everyone’s dick. C’mon boys, pull your shit out. Pull your fucking junk out. Let’s go.”

Now, at a Las Vegas show on Friday (September 9), Lee made reference to the incident again, saying: “In case you guys are fucking living under a rock, I’ve been in trouble a little bit lately. I wanna see what kinda trouble we can get into tonight. We are in fucking Las Vegas, right? And I think that we should dispel that fucking bullshit ‘What happens in Vegas stays in Vegas.’ Fuck that. Let’s fucking share it with the world.”

Lee then encouraged male members of the audience to show him their genitalia, before saying: “I showed you my shit. They took it down off the internet. … What I’ve done is I have now gone over to a place where you can be free as fuck. And you can show anybody whatever the fuck you want, and they don’t fucking take it down.”

He then mooned the crowd and showed the words ‘OnlyFans’ written across his bum. See the incident, and a subsequent Instagram post with a link to the new account, below.

Mötley Crüe are currently on ‘The Stadium Tour’, which pairs the band with Poison, Joan Jett & The Blackhearts and Def Leppard. It is the band’s first tour since they officially reunited in 2018.

In June, Tommy Lee had to leave the stage during the first of Mötley Crüe’s stadium shows after breaking his ribs while on holiday.

Lee’s wife Brittany Furlan revealed how the drummer had sustained the injury. “The day that we were leaving Nashville, our driver came and we had all this luggage and he wasn’t helping us – he just stayed in the car,” Furlan explained. “Tommy was trying to carry all of our luggage for us. He fell down these crazy stairs and broke four ribs. Not fractured, not bruised… broke.”