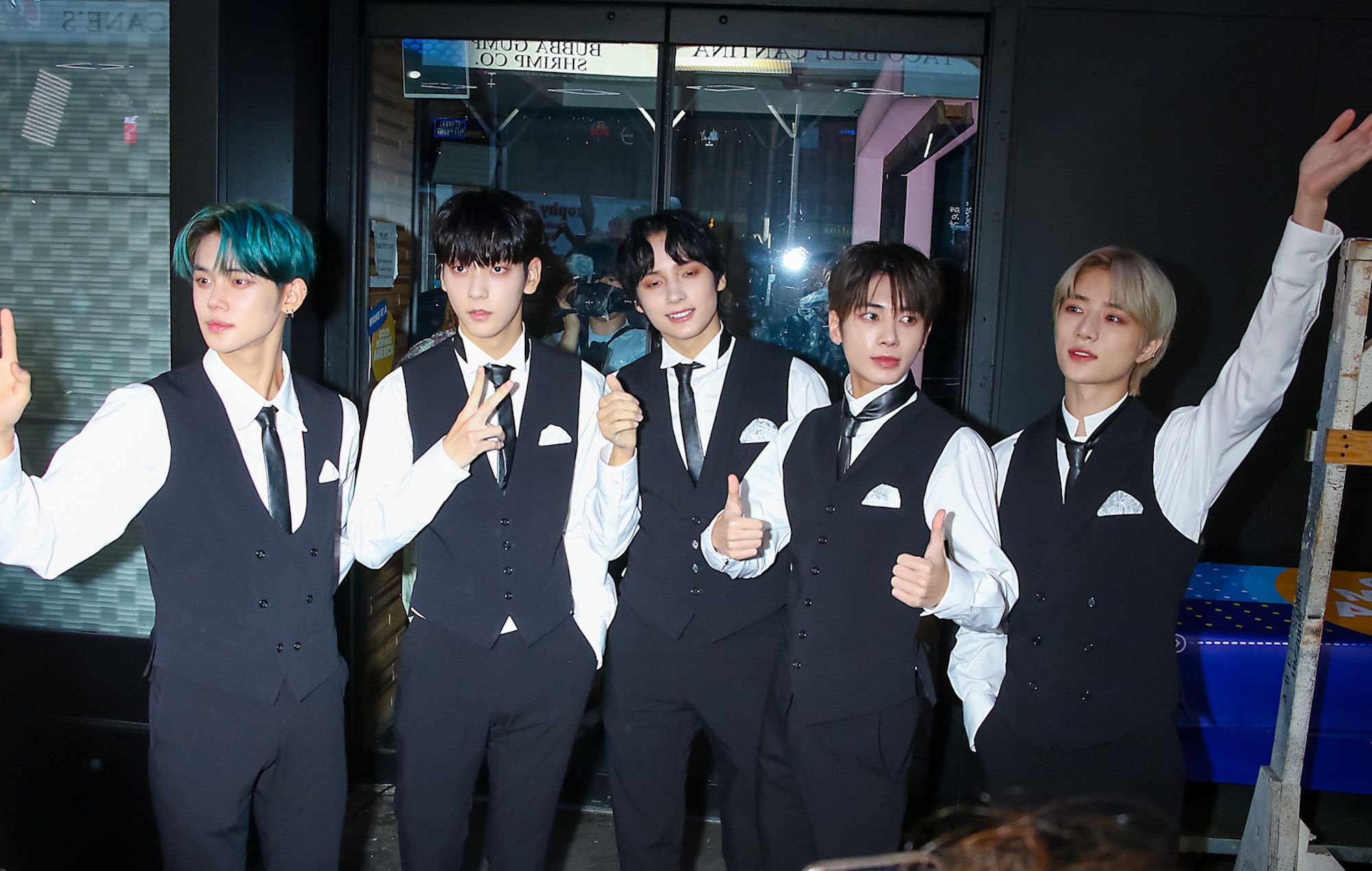 Tomorrow X Together made history tonight (July 30) as the first K-pop group to perform at Lollapalooza in Chicago, appearing on the Solana x Perry’s stage.

The K-pop group recently completed the US leg of their first world tour, ACT: Lovesick, and performed at Lollapalooza as the final stop of their itinerary in the States.

Shortly after, the group invited rapper iann dior on stage with them to perform their recent collaboration, the English-language single ‘Valley Of Lies’. It was only the second time the two acts had performed the track together, following an appearance by dior at the band’s second LA concert last weekend (July 24).

TXT closed out their set with two tracks from the ‘The Chaos Chapter’ in ‘LO$ER=LOVER’ and ‘0X1=Lovesong (I Know I Love You)’. Watch fan-shot footage of the set above and below.

The group released their latest EP ‘minisode 2: Thursday’s Child’ in May. In a five-star review, NME said the record “the record “fully justifies [their] hype, continuing to position Tomorrow X Together as voices for their generation (and beyond) with songs that are both sublime in quality and evocative reflections of life’s ups and downs.”

Tomorrow (July 31), Tomorrow X Together’s label mate J-hope of BTS will headline the Bud Light Seltzer Stage at Lollapalooza, becoming the first South Korean artist to headline a main stage at a US festival. The final day of the festival will also include a headline performance from Green Day, plus sets from Dominic Fike, The Kid LAROI, Charli XCX, Måneskin, Horsegirl and more.

Check back here on NME.com for more coverage from Lollapalooza 2022.