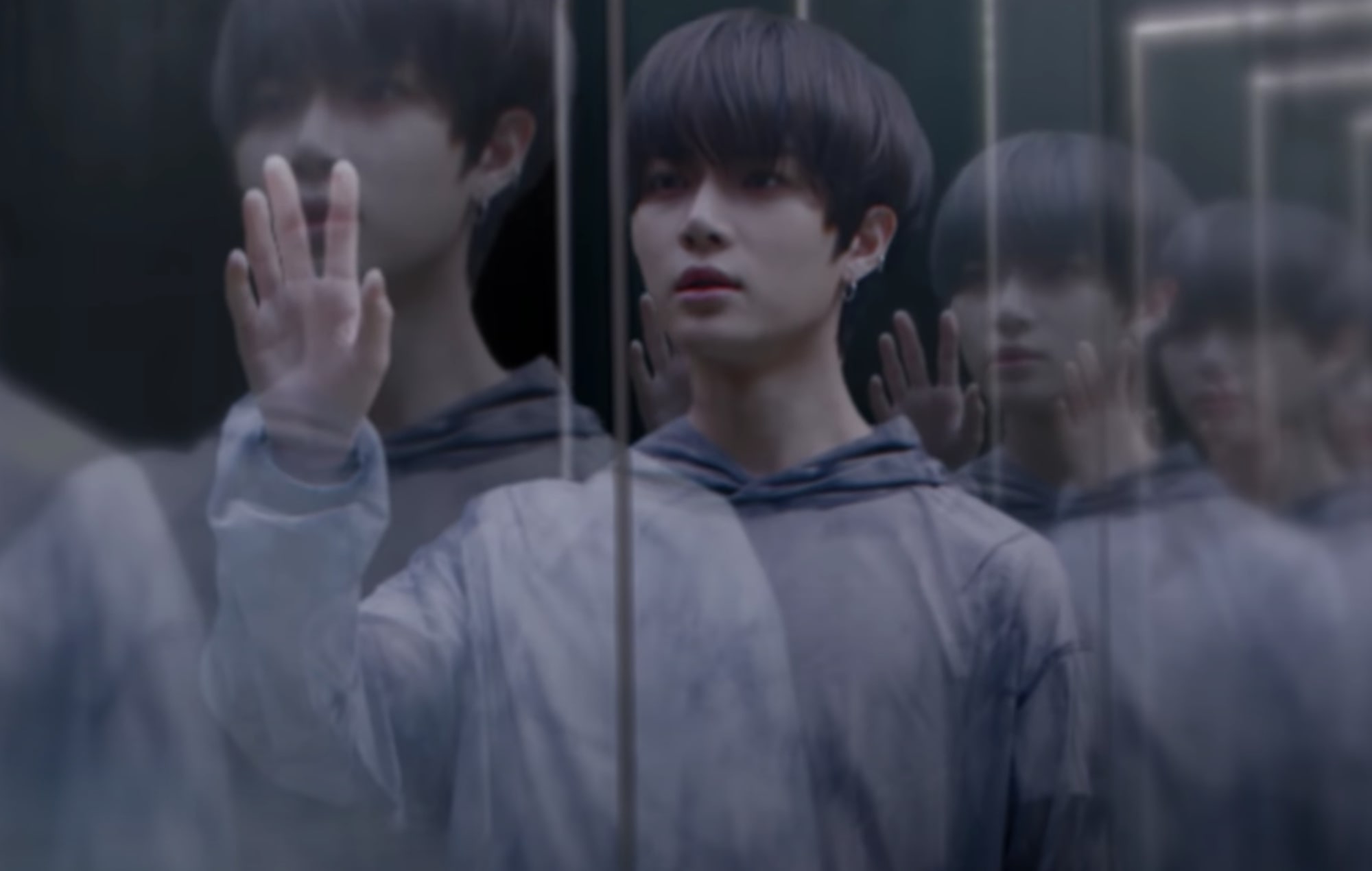 Tomorrow X Together have shared a 19-minute and 30-second-long video for ‘The Dream Chapter: Eternity’ track ‘Eternally’.

In its lyrics, the song details “an unknown presence that leads the boys through repeated nightmares”.

The video takes its cues from the track, taking the five members of the Korean band out of reality and into surreal, eerie dreamworlds. It is split into seven sections, each with its own sub-plot, beginning with leader Soobin who is drawn down a seemingly never-ending corridor before being thrust into a different realm.

Yeonjun stands among the ruins of what looks like a former stadium, spotting his motionless body amongst the rubble. Taehyun is transported from the rehearsal studio to a dark stretch of purple flowers, where he finds Yeonjun sat in the middle of a marbled purple pond. Beomgyu sees a different version of himself behind a door labelled “17”, and Hueningkai is taken to a doorway high up in the clouds. Watch the video, which was directed by Seong Wonmo, below now.

Tomorrow X Together released ‘The Dream Chapter: Eternity’ last month (May 18). In a four-star review, NME said: “Their previous two chapters ‘Star’ and ‘Magic’, both released last year, embodied the limitless imagination of youth, but here the five-piece are beginning to face reality [… But] just because TXT are getting real here, it doesn’t mean they’ve lost their inventive spark.

“This marks another step up for a group consistently coming good on their potential.”

In a corporate briefing held by their label, Big Hit Entertainment, in February, it was announced that Tomorrow X Together are planning their first world tour. Dates are yet to be confirmed.