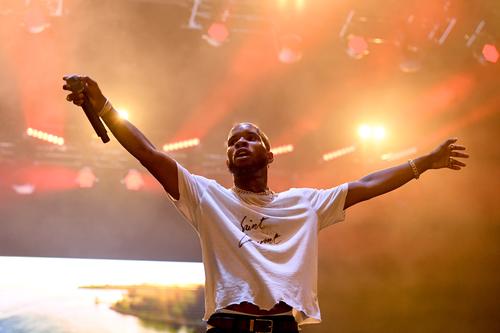 While we continue to wait for further details on Tory Lanez’s upcoming album Memories Don’t Die, which he had been teasing for the better half 2017, it looks like he’s about to his us with some new music first. On Tuesday night, Tory took to his Instagram page to preview an upcoming song with the G4 Boyz.

Unfortunately there’s little information known about the song like what it’s called or who it ficially belongs to, but it sounds pretty fire. From what we can hear, Tory handles the hook and sings… “Tory, I fucked a bad bitch out Starlets/ Told her I’ma hit it here’s my target.”

This short preview follows Tory’s latest clip him hilariously clowning an impersonator at the club the other night. In case you missed it, Drake even decided to chime in the comments Tory’s post and laugh at the impersonator as well.  “I’m done…he even had the “I get this all the time” swag on 100,” followed by three laughing emojis Drake wrote. See that right here, and look out for details on new music to be coming soon.

RELATED: Tory Lanez Is Sick Of People Crashing Into His Rolls-Royce

While we wait for further info & details to surface, check out the brief snippet the upcoming Tory Lanez x G4 Boyz collab (below) and let us know what you think!