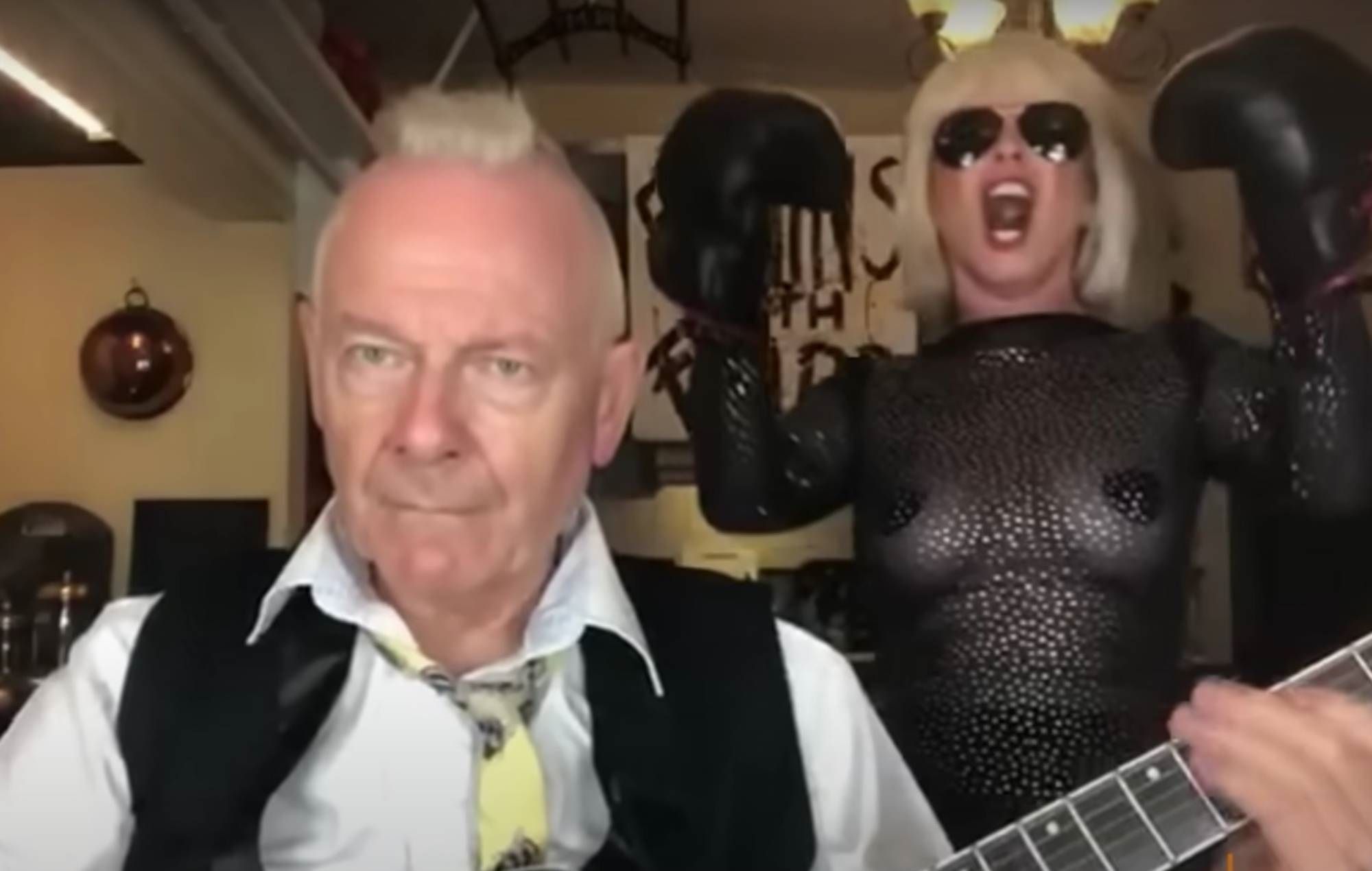 Toyah Willcox and Robert Fripp have returned to their kitchen for the latest edition of Sunday Lunch with a rocking cover of Pantera‘s ‘5 Minutes Alone’.

The duo have put their creative spin on the 1994 track, which is taken from the metal band’s album of that same year ‘Far Beyond Driven’.

The description for the video, which you can view below, reads: “Robert is back and on top form, we promise you are going to love the performance this week!”

It comes after the couple recently covered Limp Bizkit‘s ‘Nookie’ and last week shared bloopers from across their popular YouTube series.

Last month, Willcox and Fripp covered Grace Jones’ ‘Slave To The Rhythm’, for which they performed from within a building site. The pair were joined by Simon Darlow, the former Buggles member who played on Willcox’s recent album ‘Posh Pop’, to make up the Posh Pop Three

The couple also recently shared their own spin of Ozzy Osbourne’s 1980 hit ‘Crazy Train’ in the traditional setting of their home kitchen. It was the second time the pair had paid tribute to the Prince Of Darkness – one of their first Sunday Lunch videos, from all the way back in November of 2020, was a cover of Black Sabbath’s ‘Paranoid’.

Other recent covers have included Lenny Kravitz‘s ‘Are You Gonna Go My Way’, AC/DC‘s ‘Back In Black’, Rammstein‘s ‘Keine Lust’, Slipknot‘s ‘Psychosocial’ and Billy Idol‘s ‘Rebel Yell’, among many others.

The Sunday Lunch series began in 2020, and Willcox explained last year that it had been born from a desire to keep Fripp inspired and entertained during the coronavirus-enforced lockdowns. Here I am in this house with this 74-year-old husband who I really don’t want to live without,” she told the Guardian. “He was withdrawing, so I thought: ‘I’m going to teach him to dance.’ And it became a challenge.”