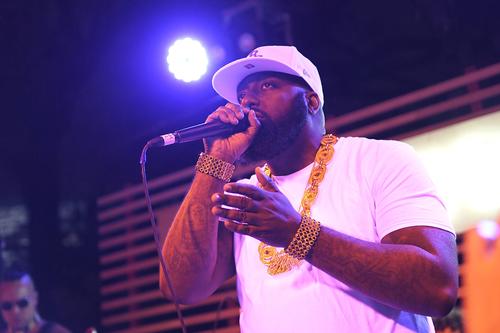 Rappers and cartoons have gone hand-in-hand for a minute. Tyler, The Creator has The Jellies. Eminem had The Slim Shady Show. Andre 3000 had Class Of 3000. Trae Tha Truth has his own self-titled animated series, which eventually went by Trae. And while Trae’s cartoon briefly came to an end, it’s making a triumphant return this summer on a brand new platform.

The Houston rapper has linked up with 420TV, a weed-centered video-on-demand service, to premiere ten brand new episodes the series. For the record, Trae already boasts an extensive thirty episodes, with guest appearances from  T.I., Marlon Wayans, Snoop Dogg, Riff Raff, Mystikal, Rick Ross and more. In the wake Trae’s new partnership, the rapper recently spoke with XXL about his animated series, where he spoke at length about his creative process, influences, and more.

RELATED: Trae The Truth Honored With Key to Houston

“On the daily, I watch Family Guy. I love Family Guy so much that I watch] The Cleveland Show,” reveals Trae. “I can just be sitting somewhere chillin’, and let the episodes play. I always tuned in. Those are definitely my two favorites right now—Family Guy and The Cleveland Show.” When asked about future guests, Trae opts for secrecy, eventually revealing one promising guest. “I don’t even wanna tell you the list the people who gonna be on the new episodes,” says Trae. “I could tell you one ‘em—Redman—so you can imagine how much fun he had.”

For more from Trae, who ficially holds the key to the city Houston, check out the interview in full right here.