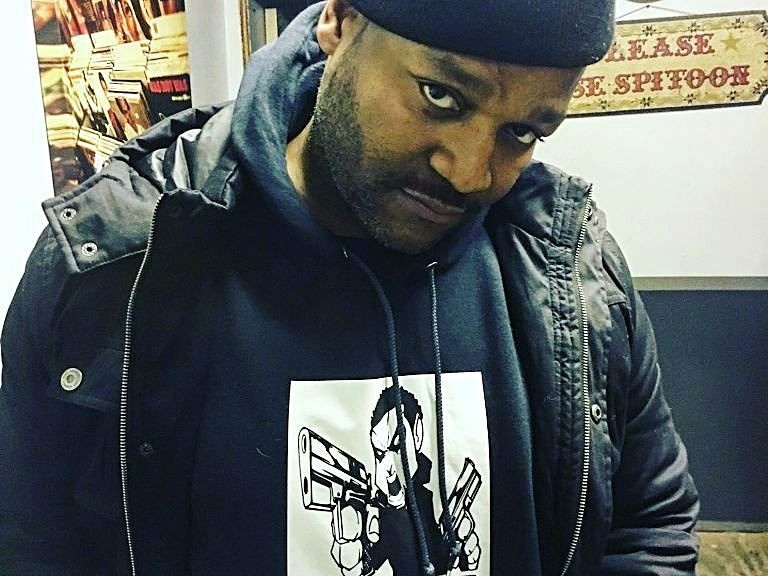 Titled “Story Never Told,” the track airs out his beef with legendary beatsmith Marley Marl and vividly details how it all unfolded.

Throughout the roughly three-minute track, Khadafi recalls a particular road trip he took with Marley from Queensbridge to Washington D.C. During the drive, Khadafi told the Juice Crew alum he wanted to gather a talented group of MCs and call them Lords Of The Underground.

“Told Marley my idea for a group and a sound/And once I found ’em, I’m naming ’em Lords Of The Underground/He nodded his head/Felt the god’s passion was real/Never said a word/Hands wrapped tight on the wheel.”

Khadafi says Marley seemed to think nothing of it. After returning from a trip to Los Angeles shortly after, Khadafi discovered Marley had already established Lords Of The Underground and took sole credit for the idea.

In the second verse, Khadafi raps about being the only artist left off the artwork for Marley’s 1988 release In Control —  despite being featured on two of the tracks. But Khadafi isn’t bitter. In fact, he alludes to being flattered that a hero of his would steal his idea toward the end of the song.

“On the flip side, it only really boost my strength,” he spits. “Gave me more confidence so I could go the whole length/For my mentor to take an idea from me/Only means my vision is that of impeccable G.”

Immortal Titans is expected to arrive on August 17.

Listen to “Story Never Told” above.