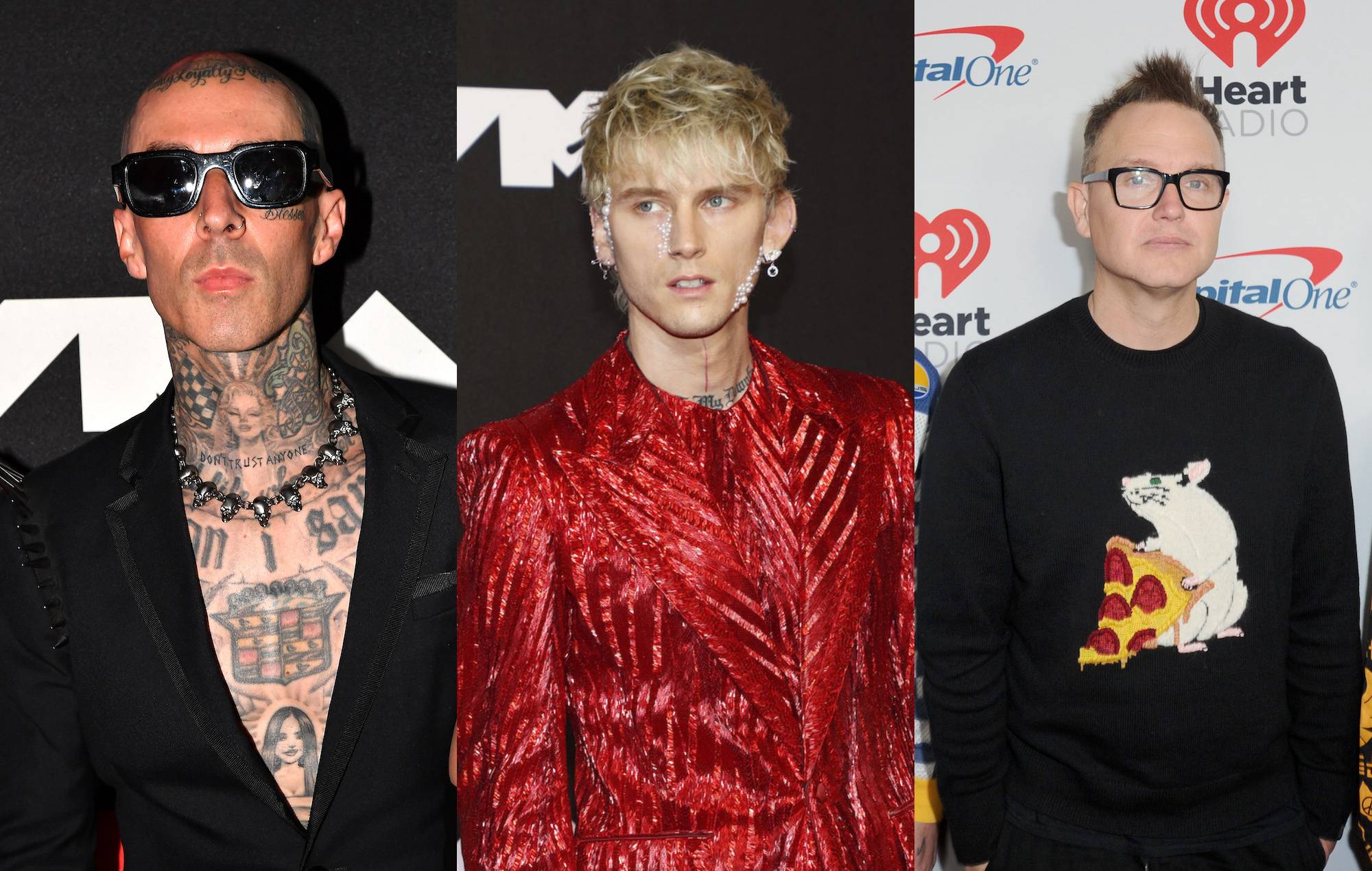 ‘Travis Barker’s House of Horrors’ will take place via the digital platform NoCap on October 28 at 7pm PST/10pm EST/midday BST.

Also set to feature on the stream are Blackbear, Iann Dior, JXDN and more, with the event dubbed “an exclusive Halloween broadcast from a private Haunted Estate.”

See a preview of the event below, and get tickets here.

The ‘House Of Horrors’ is set to be Mark Hoppus’ first public event since he revealed he was cancer free this week.

The Blink-182 bassist took to social media on Wednesday (September 29) to explain that he received the good news after visiting his oncologist. He confirmed in July that he’d been diagnosed with 4-A diffuse large B-cell lymphoma, subsequently telling fans that “chemo [was] working!”.

“Just saw my oncologist and I’m cancer free!!” Hoppus wrote this evening. “Thank you God and universe and friends and family and everyone who sent support and kindness and love.”

The performance also seemingly paid tribute to Nirvana, with the trees and flowers from the ‘Heart-Shaped Box’ video, and Kelly smashing his guitar at the song’s conclusion.

Baker released ‘Papercuts’, the lead single from his forthcoming album ‘Born with Horns’, in August. He also announced the album last month, with he and Barker getting matching forearm tattoos to mark the occasion.