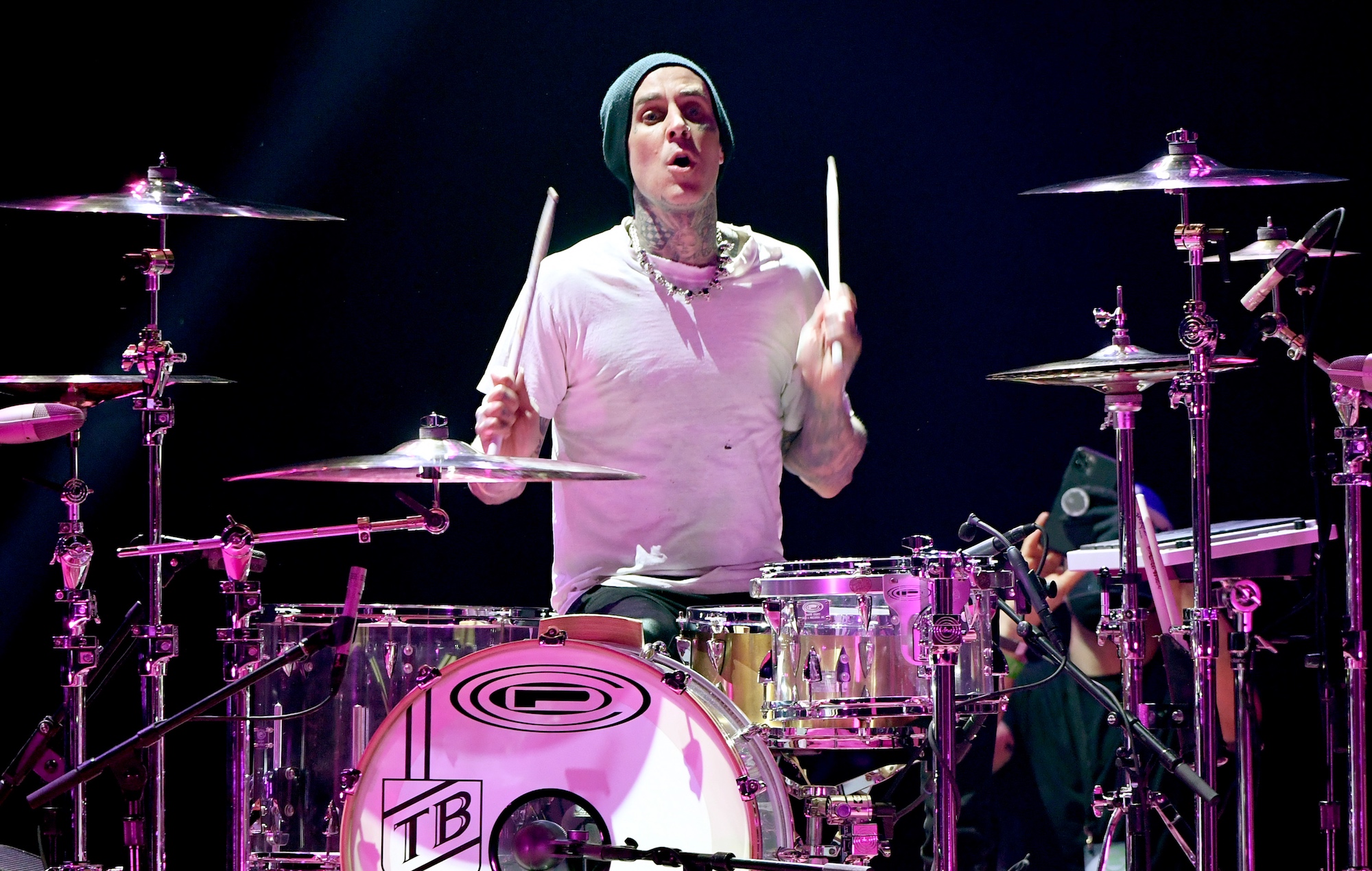 Travis Barker has opened up about how girlfriend Kourtney Kardashian helped the Blink-182 drummer to take a flight for the first time in 13 years.

The crash saw the plane’s two pilots and two of its four passengers killed instantly, with Barker and fellow passenger DJ AM suffering serious injuries. Barker then spent 11 weeks in a hospital, undergoing 26 surgeries and a number of skin grafts.

Following the flight, Barker shared a photo of him and Kardashian in front of the jet to Instagram, with the drummer writing: “With you, anything is possible.”

Now, in a new interview with Nylon earlier this week, Barker detailed the process of learning to fly again with Kardashian’s help.

“It’s still something very new to me, but having something that gives me the strength and hope to be able to overcome things that were so traumatic in my life, it just says a ton,” Barker said.

“She’s definitely that for me. I’m invincible when I’m with her. It’s like I never dreamed, I never even considered flying again.”

Barker goes on to describe the two-hour flight to Cabo as “the easiest thing ever”. The couple have also taken trips to Italy and Paris, and in the Nylon interview, Barker talks about how he and Kardashian made a deal to help him get back on a plane.

“I said, ‘Well, when the day comes you want to fly, I’m telling you I’ll do it with you. I would do anything with you. Just give me 24 hours’ notice,’ and that’s what she did.”

Last month, Barker appeared in the video for Machine Gun Kelly‘s latest single ‘Papercuts’. The track is the first preview of Kelly’s forthcoming album ‘Born with Horns’, which Barker is producing after working with the rapper-turned-pop-punk-artist on his 2020 album ‘Tickets to My Downfall’.