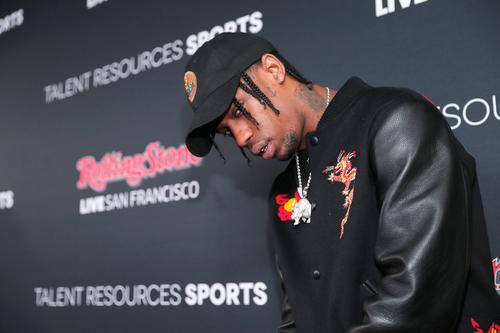 Travis Scott has gifted the mother his child, Kylie Jenner, with a $1.4 Million Ferrari LaFerrari, according to a post on Kylie’s SnapChat. Jenner shared a video the flashy car, calling it a “push present.” A “push present,” for those unfamiliar, is a gift given to a mother from the father her newborn child. We assume they aren’t usually this expensive, but hey, we just found out what a “push present” was today.

Only 500 this Ferrari LaFerrari were made. The car is powered by a 788-horsepower V12 engine and can travel 0 to 60 MPH in under 3 seconds. It’s said to have sold out “before the world knew it existed.” We’d like to think Travis picked the car out due the similarity to his ad-lib and pseudonym, LaFlame.

The couple was recently seen getting out the Ferrari in L.A., which was the first time the two have been spotted together since the birth their daughter, Stormi, earlier this year.

Travis and Kylie revealed that they had welcomed a daughter on February 4th. This was the first time either the new parents had acknowledged that Jenner was pregnant, despite rumors circulating for months. They shared a video documenting the experience on YouTube.

As for Travis Scott’s music career, the rapper has been promising his next studio album Astroworld for over a year. It’s expected to be released sometime in 2018. At the end 2017, Travis released Huncho Jack, Jack Huncho, his collaborative project with Quavo. Last week, Rae Sremmurd’s Swae Lee revealed that Travis had just wrapped filming a music video with the Tupelo, Mississippi duo. The collaboration is expected to appear on Rae Sremmurd’s upcoming third studio album SremmLife 3.