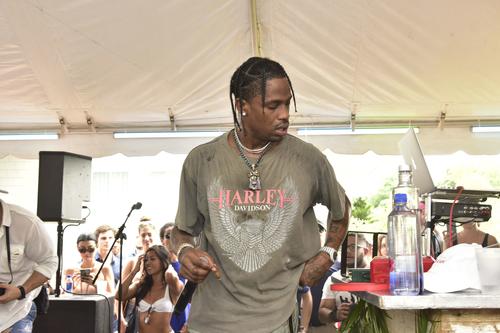 Travis Scott has made it clear from the jump that he isn’t like any his rap peers. From his sound to his fashion sense, he’s been known to stand-out. His versatility as an artist allows him to work with a variety different people in different genres without having to compromise his own sound. Earlier today, the rapper sent out a rare series tweets updating his fans on the current status  Astroworld.

Travis Scott is currently locked in the studio with Mike Dean working on his forthcoming album, Astroworld. While that should come as a no brainer considering Scott and Dean have been working closely together since the Owl Pharoah days, the rapper also shared some insight on their studio session.

“Me and mike dean just passed out and woke up. That drank,” he wrote, “Me and mike started this. We gonna finish it. Anything after or In between. Non sense.”

The tweet that followed was the most interesting though. The rapper has cited that Thom Yorke is one the influences on his upcoming project. He tweeted, “Thom Yorke in my system.”

Radiohead’s been one the most groundbreaking bands recent times so it’s not shocking that Thom Yorke has some sort influence on Scott right now. Much like how Travis Scott dabbles in a variety genre to create his own unique sound, Radiohead’s been doing that throughout their career.

Who knows, maybe Thom Yorke might pop by Scott’s studio session after reading his tweets.

Check out his tweets below.