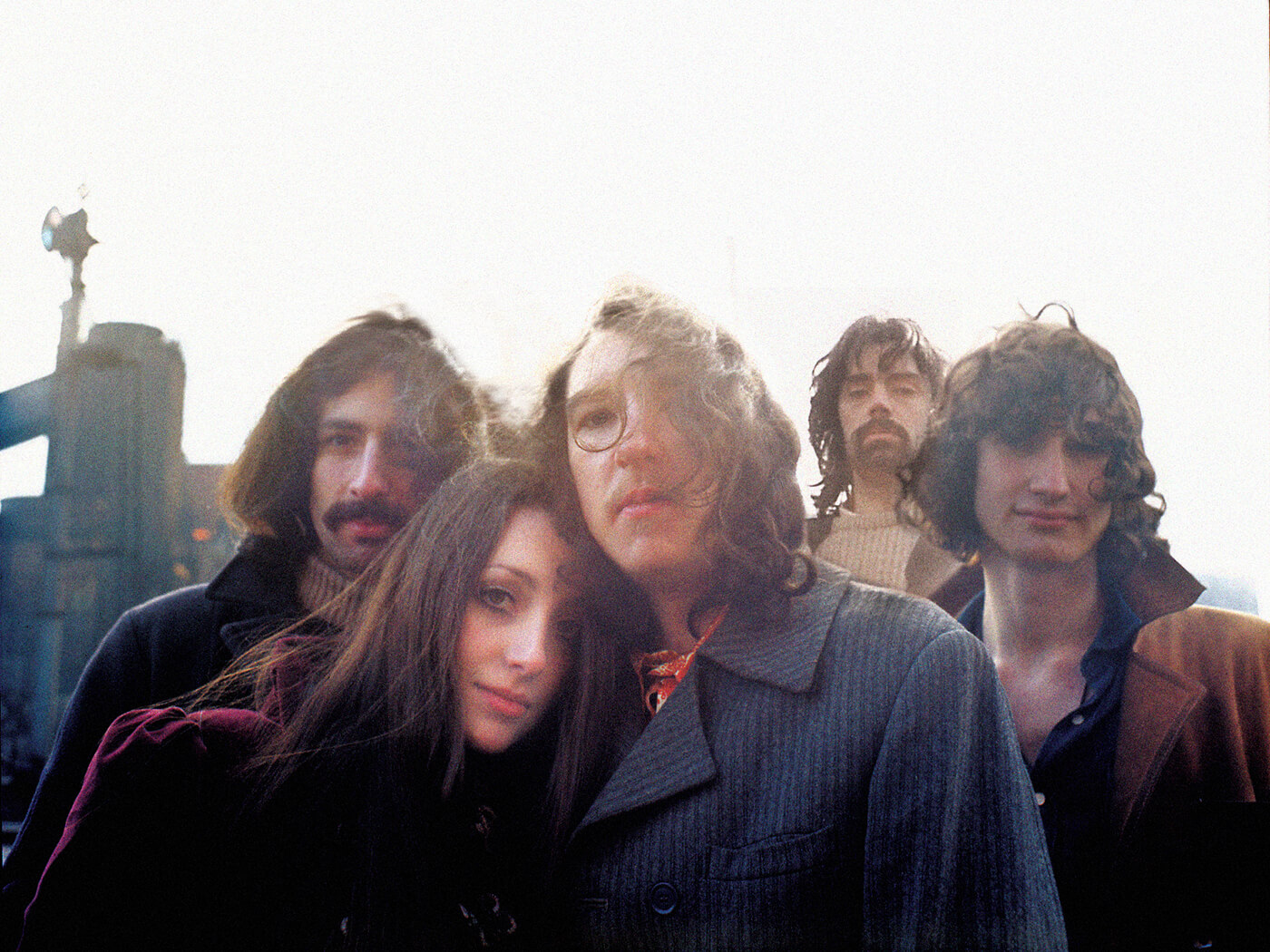 Trad-arr opportunists with freeform tendencies, Trees’ in-concert freakouts often left their cut-crystal-voiced singer Celia Humphris at a loose end. “I used to ‘wiggle’, or dance on the spot, during the long breaks,” she remembers in the sleevenotes to this 4CD anthology of the band’s brief career. “But when we played at Wellington College Boys’ School, one of the masters asked me to stop wiggling as it was ‘upsetting’ the boys. That was when I started to lie down on stage instead.” It was a novel way of shifting the focus to her bandmates, but one fraught with pitfalls: one live extemporisation on the traditional “Streets Of Derry” proved so enthralling that Humphris actually fell asleep.

Enthusiastic – often to a fault – Trees blundered excitably into the new Anglo-weirdy terrain cleared by Fairport Convention’s Liege & Lief, an album that fused a profound knowledge of traditional English folk song with an appreciation for the newly electrified roots sounds of The Byrds, Buffalo Springfield and The Band. Trees, by contrast, were all instinct; they had a cursory flick through the Child Ballads, turned everything up to 11 and exploded into the moment.

Founded after guitarists David Costa and Barry Clarke met in 1969, Trees accumulated members quickly; bassist and songwriter Bias Boshell was Clarke’s housemate; drummer Unwin Brown was a Bedales school chum of Boshell’s; Humphris was the sister of one of Costa’s workmates. A drama student who had studied opera, she didn’t know much about folk music, but with a piercing voice that could pass as Sandy Denny-ish, she made the grade anyway. By the end of that summer, Trees had a two-album contract with CBS.

Evidently recorded before most of it was written, their debut album The Garden Of Jane Delawney feels like a musical blind date, Trees getting to know each other in real time, and not always getting on. Humphris’ consumptive keen and Clarke’s strident guitar trip over each other as they battle for centre stage on opener “Nothing Special”, while Costa and Clarke deliver competing guitar solos on the trad-arr “Lady Margaret” with Brown absent-mindedly auditioning for Traffic somewhere in the background.

The lyrics to the séance-like title track came to Boshell during his school days, its ‘nothing is real’ sentiment (“The ground you walk upon might as well not be there”) and Genesis-like evocation of toxic Victoriana earning cover versions from Françoise Hardy and ’80s goth softies All About Eve. However, the tinkling harpsichords and sparing accompaniment are atypical of a band that – at this stage – didn’t really do restraint. Their kiss-off “Snail’s Lament” rustles up a collegiate getting-it-together-in-the-country vibe (“Everybody’s got to build a house,” sings Humphris, finding the bottom end of her register) but still fades out with every member trying to snatch the last word.

The Garden Of Jane Delawney was released in April 1970, but Trees were back in the studio to record the follow-up within five months, the intervening time seemingly spent listening to Steeleye Span’s debut album Hark! The Village Wait (released that June) and – at least occasionally – to each other. Having jostled for position a little inelegantly over the course of the first record, Trees benefited from a Bedford-van boot camp, gigging giving them a better command of group dynamics. All Phil Manzanera acid flash on the first album, Clarke’s contributions take on a more measured, Quicksilver Messenger Service tone, his guitar flickering around the edges of songs rather than screaming into centre stage. Humphris also finds a new range, and if she cannot do traditional warhorses like “Polly On The Shore” and “Geordie” with the same conviction as a Shirley Collins or an Anne Briggs, she no longer sounds like she is just impersonating a folk singer.

Her two-layered vocal helps make “Murdoch” by far the best of Trees’ self-written songs. Boshell reckons his tale of a mysterious awful up in the mountains came to him in a dream. With a subtle, insistent guitar and keyboard refrain, it’s certainly a piece that burrows into the subconscious, Trees discovering the passage behind the cupboard that leads from After Bathing At Baxter’s-era Jefferson Airplane into Stevie Nicks-age Fleetwood Mac.

However, if their compositions are tighter (opener “Soldiers Three” is a stylish fake medieval round), Trees still yearned to stretch out; their take on Cyril Tawney’s “Sally Free And Easy” bursts its banks to become a 10-minute guitar sprawl, but it’s a mark of their new-found unity that Costa and Clarke queue up in an orderly fashion to decorate “Streets Of Derry”, another spectacular journey from rustic inner space to the wild West Coast.

Thanks in part to its creepy Hipgnosis sleeve, genre perverts tend to rate On The Shore as Trees’ defining statement, but it doesn’t always wear its sophistication lightly; Tolpuddle Martyrs tribute “While The Iron Is Hot” sounds a bit Les Misérables in hindsight, while the inelegantly countrified “Little Sadie” still draws winces from band members five decades on.

Contemporaries, meanwhile, seldom discussed whether On The Shore was a better record than The Garden Of Jane Delawney, CBS unable to drum up much interest in either. Never given another opportunity to record their own songs, Trees soldiered on and off until finally expiring in 1973. Costa stayed in the business as an art director while Boshell found success with the Kiki Dee Band, writing their 1974 hit “I’ve Got The Music In Me” before joining latter-day lineups of the Moody Blues and Barclay James Harvest. Humphris, for her part, was a big hit on the underground, voicing pre-recorded announcements on the Northern Line.

However, if the individual Trees had more tangible successes later in life, their juvenilia is compelling still. Like the equally ill-starred Mighty Baby, Trees absent-mindedly fashioned a fusion of folk-rock and San Francisco psychedelia. Unsure of whether to be Fairport Convention or the Grateful Dead, they contrived to be both at once: earthy, adventurous, loud. Their more excessive moments may have tested Humphris’ patience, but this is music that makes sense in large, languid doses. Lie back. Think of England. Enjoy.

Extras: 7/10. A hitherto unheard demo of “Streets Of Derry” (with a rather abrupt ending) represents a nice bonus, along with live recordings from Costa and Boshell’s 2018 return to the stage as the On The Shore Band. Other ‘rarities’ are more familiar, though the otherwise unreleased “Forest Fire” – seemingly salvaged from a home recording of a 1970 BBC session – and the more whimsical 1969 demo “Little Black Cloud” are significant additions to Trees’ small canon. Another lost song, “Black Widow”, stems from a brief reunion in the 2000s. 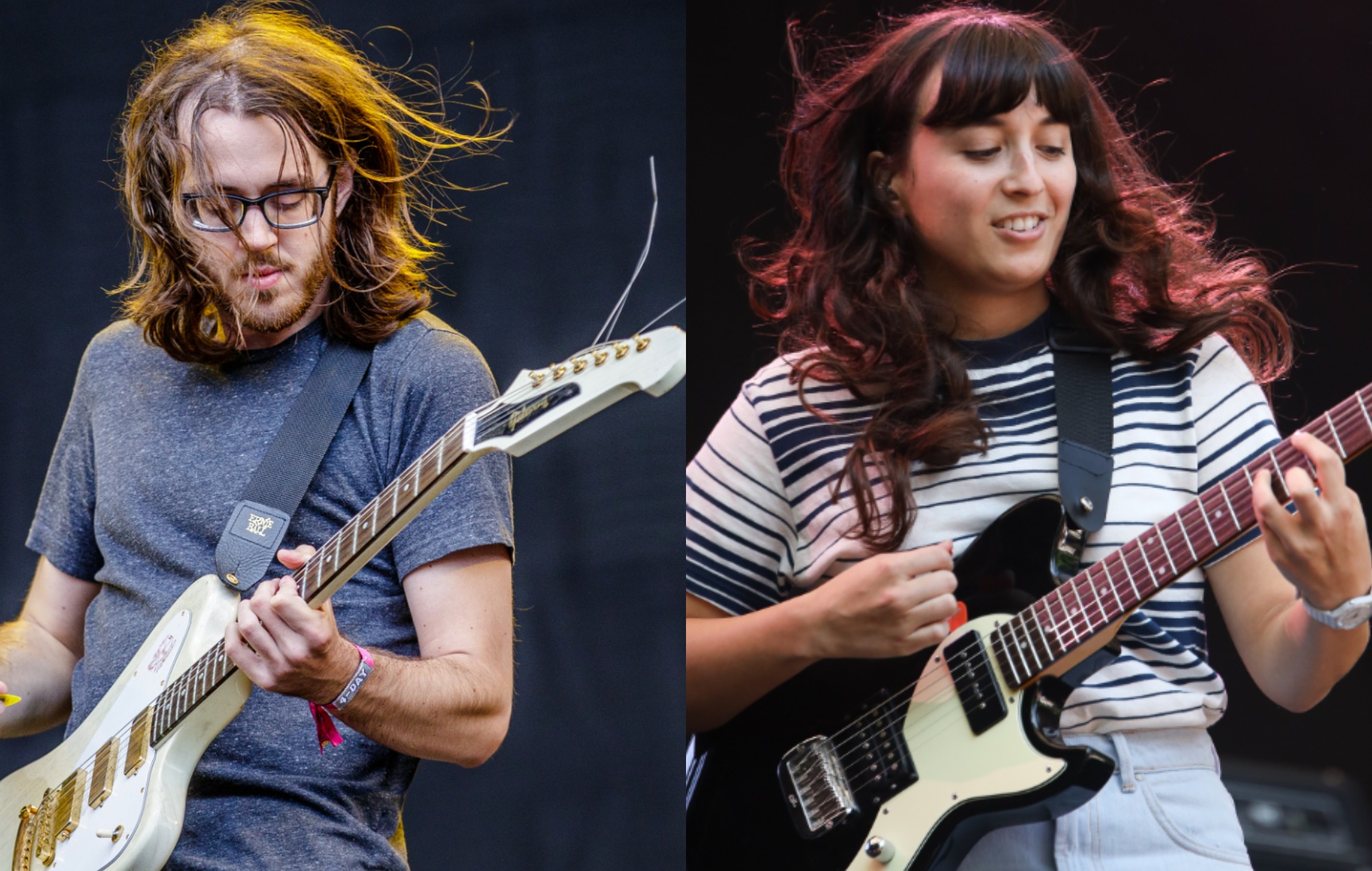