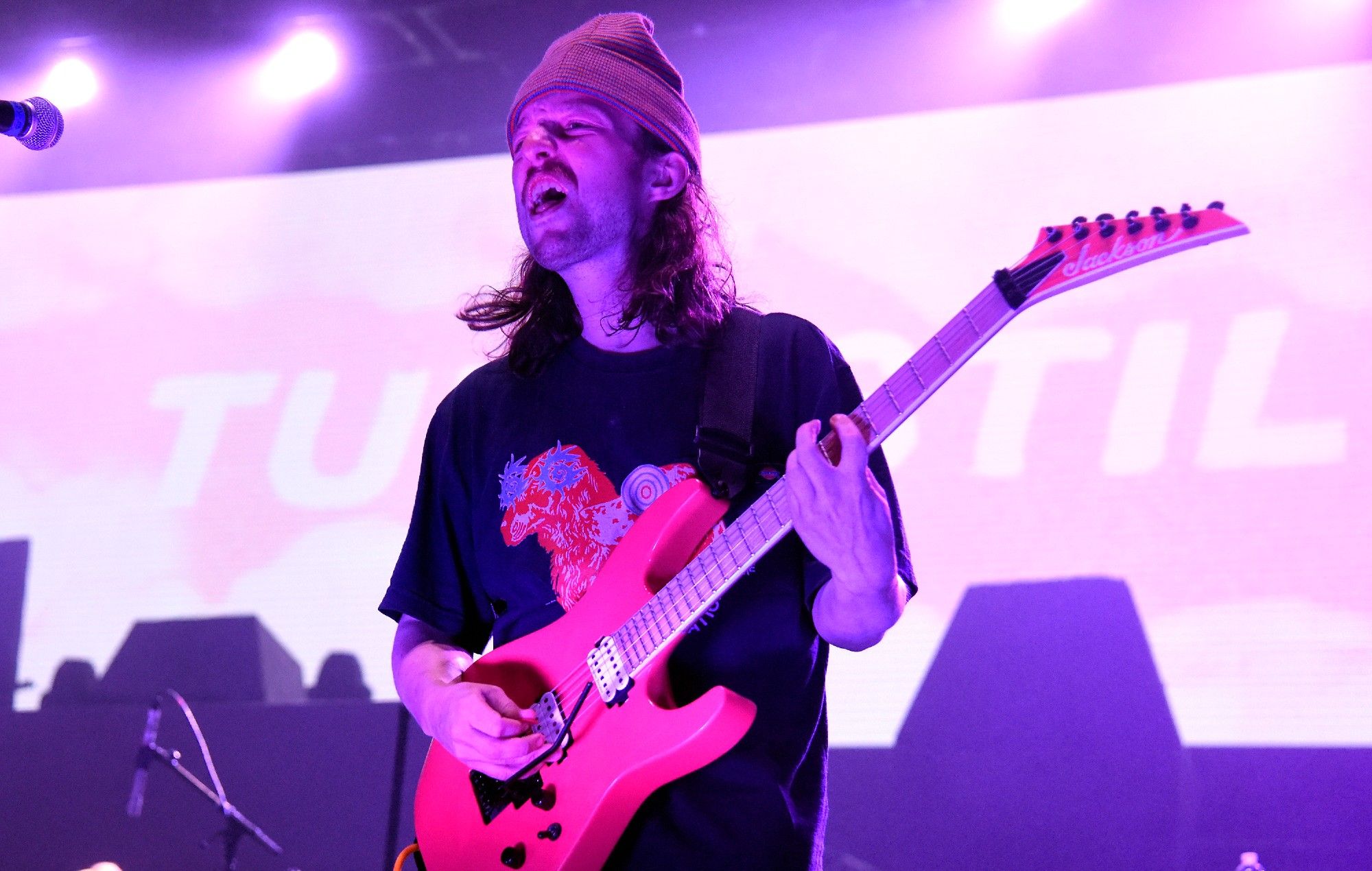 Turnstile have announced they are parting ways with guitarist Brady Ebert after 12 years together.

The outfit shared the news in an Instagram story, writing: “We are deeply grateful for our time together. Our love for him continues and we wish him nothing but the best moving forward.” 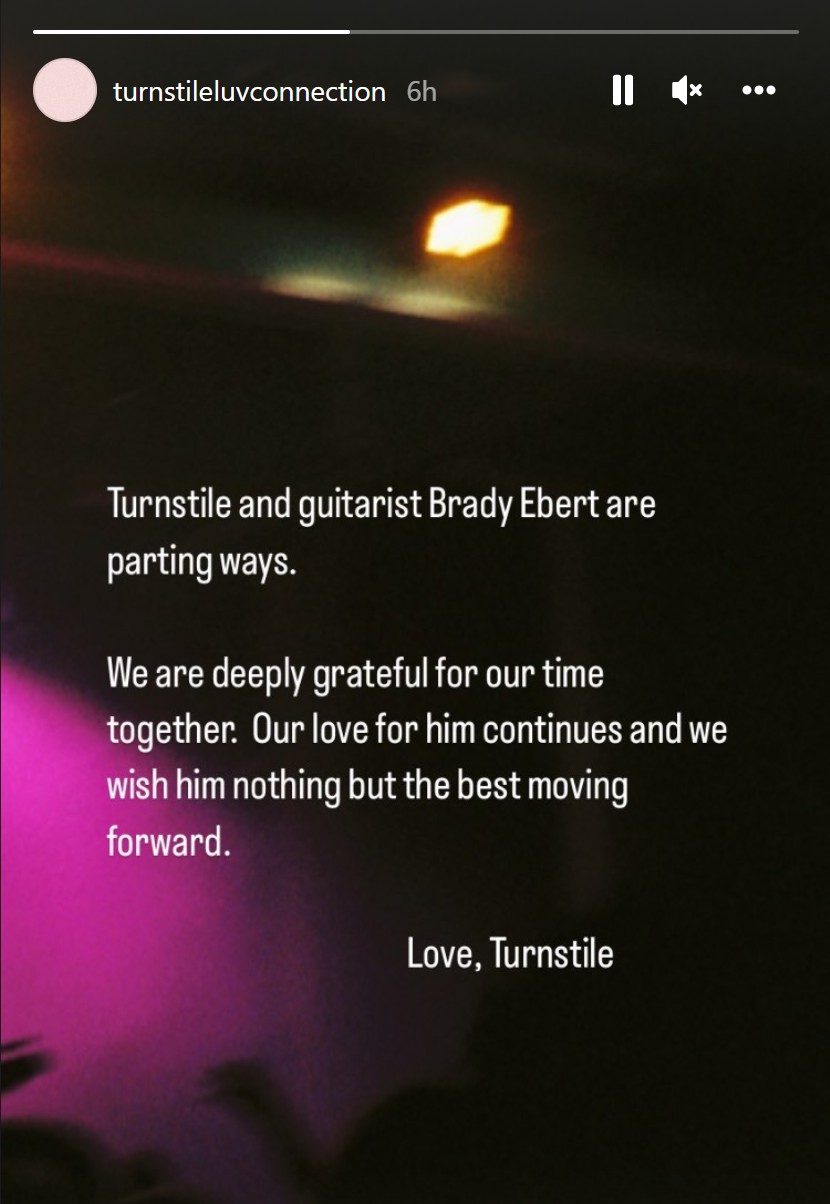 Ebert is yet to comment on his reason for leaving the band, and no details surrounding the circumstances have been given. However, he hasn’t been performing with them at recent live shows, with Greg Cerwonka of Take Offense replacing him on tour.

Ebert was one of the group’s founding members, alongside vocalist Brendan Yates. They started the band in 2010, joined by bassist and vocalist Franz Lyons, drummer Daniel Fang and guitarist Sean Cullen (who left in 2015 and was replaced by Pat McCrory).

‘Glow On’, released by the Baltimore outfit last August, received five stars from NME in a review. NME’s Will Richards praised the outfit for their “boundaryless approach to experimentation”, writing: “this is an album that shuns almost any traditional categorisation, and is all the more thrilling for it.”

Speaking to NME about the record, Yates said: “We knew that we wanted to do something different for this record as far as a recording process was concerned, mainly because we wanted to make sure that we weren’t too comfortable. Every record is an opportunity to learn. It’s a big opportunity to grow.”

The band are currently touring North America, with scheduled appearances at Portugal’s Paredes de Coura festival and UK festival All Points East next week. They recently played summer festivals Lollapalooza and Glastonbury, with NME describing them as “the live band of the summer.”