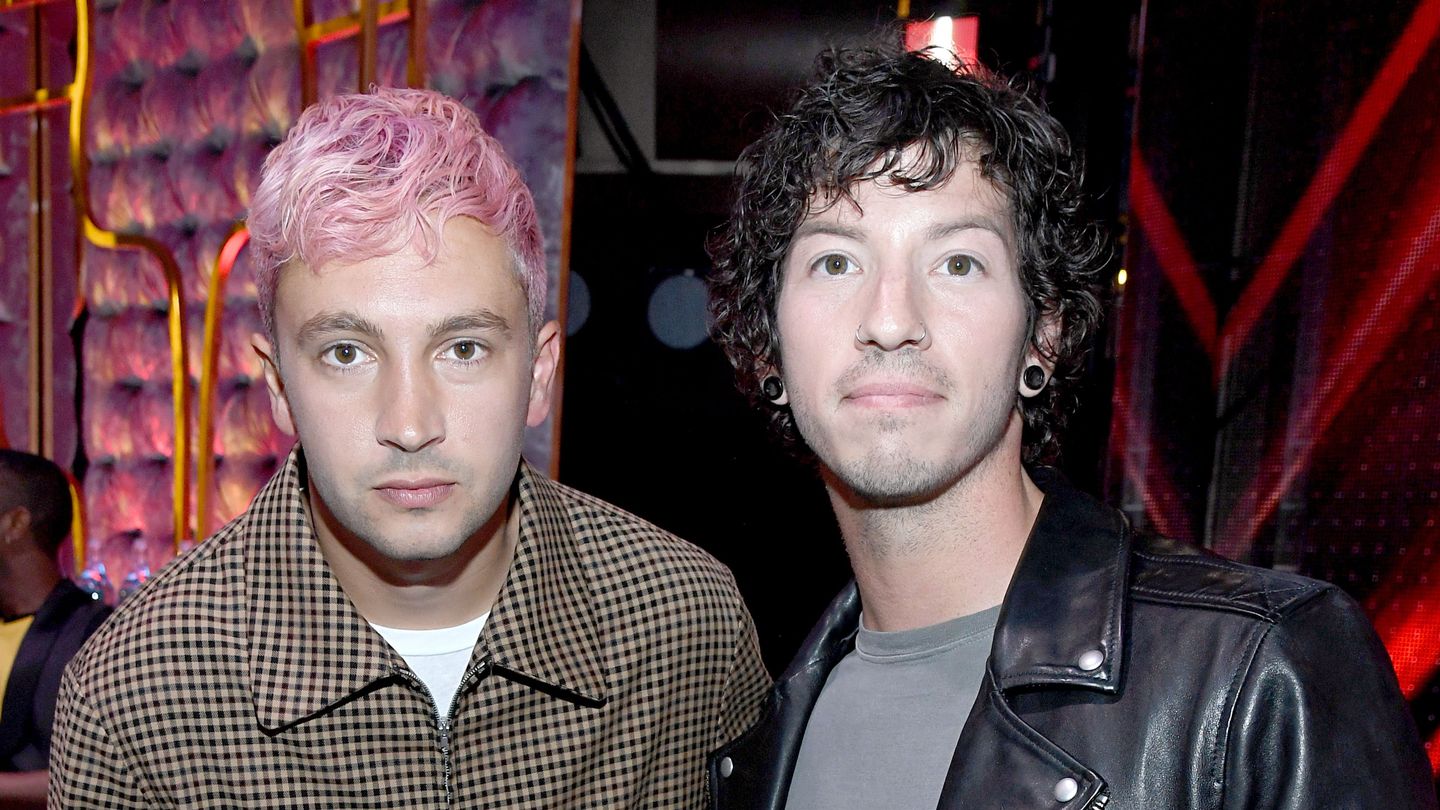 Land ho! Twenty One Pilots took to the high seas for a rollicking performance of “Saturday,” an upbeat and poppy cut that might as well have been a salty shanty, at the 2021 MTV VMAs. Much like in the song’s video, which found the Columbus duo popping off at an underwater submarine party, their live rendition of “Saturday” brought warm vibes to a chilly and blustery seascape.

As members Tyler Joseph and Josh Dun recently did when they returned to the tour stage, they kicked off with a ukulele intro giving way to a full-on stage show. They appeared to float on rafts. They rocked slightly more gently than might be appropriate given the circumstances.

And in a particularly cool moment, Joseph laid down onstage surrounded by waves, a physical representation of some of the tune’s key lyrics: “Life moves slow on the ocean floor / I can’t feel the waves anymore.”

Things end better for the duo and their backing band, including supplementary vocalists, than they do in the song’s video — there’s no giant evil creature terrorizing them and literally crashing their party. By the end, Joseph has gone through some stuff, but he’s in one piece (and dry). He even shouted, “My wife is pregnant!” during the bridge! That’s incredible! (They’re no strangers to the VMAs, either, racking up five nods and two wins since 2013.)

“Saturday” appears on 21P’s most recent album, Scaled and Icy, which dropped in May. This year at the VMAs, the band is nominated for Best Group and in the Best Alternative category for “Shy Away,” a less euphoric, slightly more fidgety tune from the album.

As they told MTV News ahead of the show, their music continues to evolve right alongside the listening habits of their fans, making for a bit of a cosmic gumbo. “Music listeners are consuming more and faster than ever before, and so being able to put a label on it and clarify what it is helps understand how to receive it,” Joseph told correspondent Dometi Pongo.

“But other than that, it does feel like those [genre] lines keep getting blurred as the years go on. It’s something we’ve always loved doing is just: Whatever’s exciting for us, just do it, and try not to keep those labels in mind.”

As for the connection that comes from such sonic exploration? It’s definitely a result of plenty of hard work, creativity, and trial and error: “I think we’ve just found a really good relationship with people who listen to our music to where we like to create thing and they like to put their own meaning, or find the meaning,” Dun said.

Or, as Joseph simplifies, “It’s because we’re so hot.” Noted. Congrats on the good news, my dude!