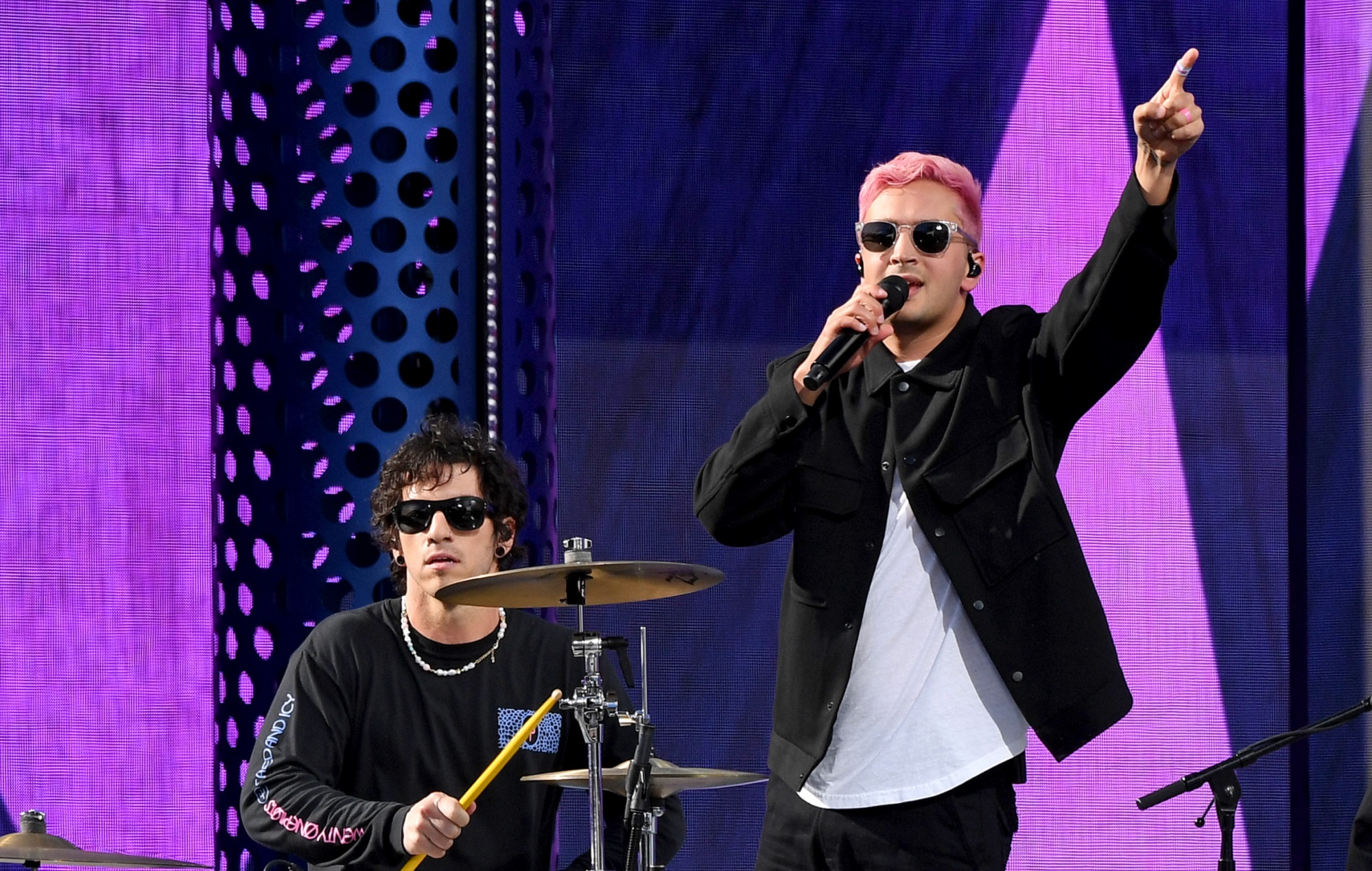 Twenty One Pilots on the pressures of fame: “There’s a bit more of a standard which we’re held to. We’re still learning that”

Twenty One Pilots have discussed the pressures of fame, saying that they’re still adjusting to their high profile status.

Speaking to NME for this week’s Big Read cover feature, the band’s lead vocalist Tyler Joseph said: “One of the things Josh [Dun, drummer] and I have learned is, you know, when we started out we would play a show for 20 people and then after the show we would hang out with them. It was all the same event.”

He continued: “Obviously as things grew, it became harder and harder to have that real personal interaction. Building rapport with people just got more and more difficult. In our minds, we still feel like we’ve got that, but the truth is it’s not the same. It’s a learning process to realise there’s a bit more of a standard which we’re held to. We’re still learning that.”

Joseph previously caused controversy after captioning photographs of himself wearing a pair of white platform shoes with the line: “You guys keep asking me to use my platforms. Feels good to dust these bad boys off.”

He then apologised after fans criticised the joke, particularly given that he had recently been urged to publicly support the Black Lives Matter movement.

Elsewhere in the interview, the band said that their cover of Oasis‘ ‘Don’t Look Back In Anger’ at Reading and Leeds Festival was one of their career highlights.


The Ohio duo performed the song at both sites in August 2019, and even teamed up with Post Malone for their cover at Leeds Festival.

Twenty One Pilots released their sixth album ‘Scaled And Icy’ last Friday (May 21). In a four-star review NME said the album “respond[s] to the acclaim that greeted their previous two records with an upbeat collection that remains in their immersive universe.”