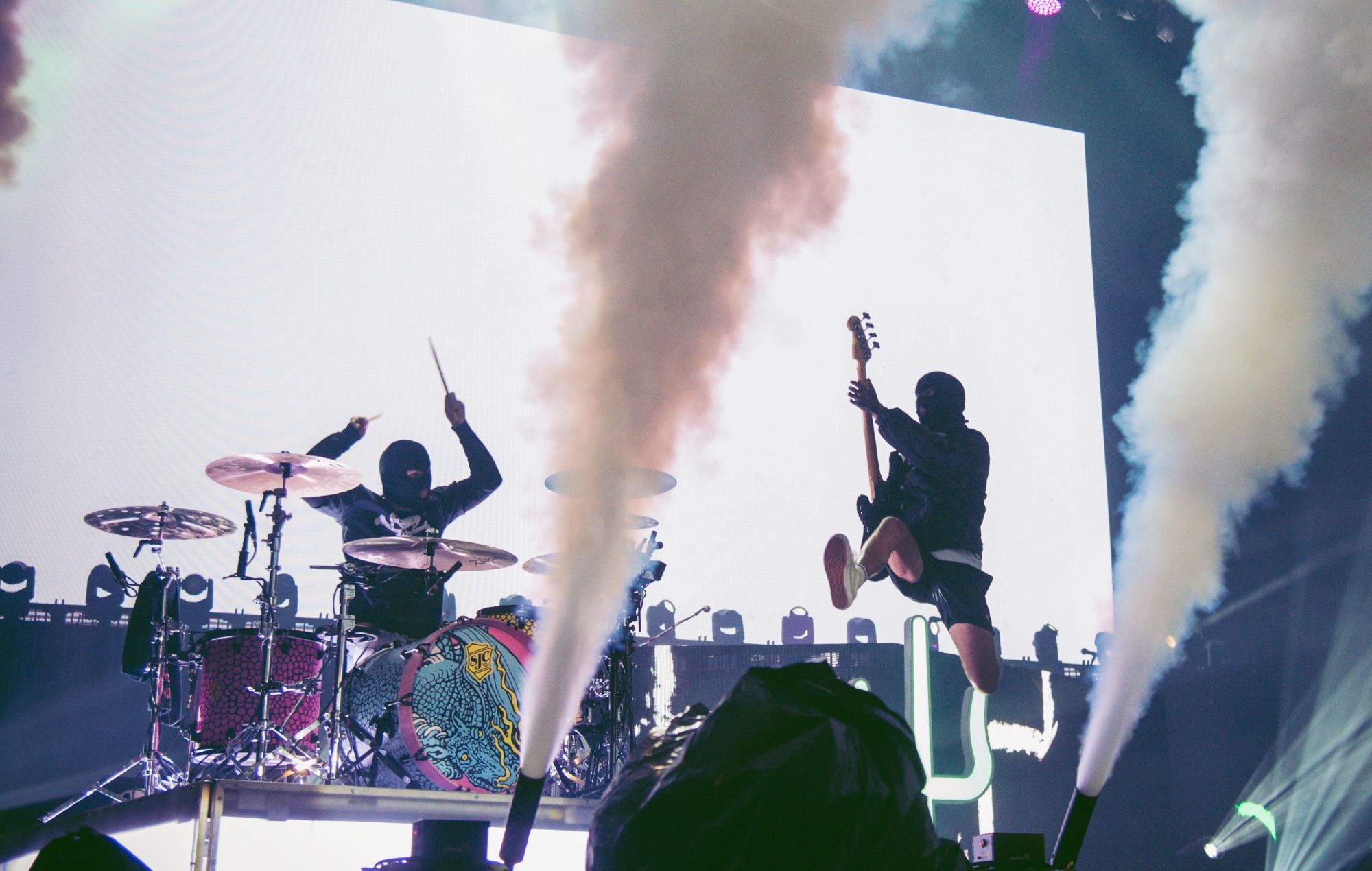 Twenty One Pilots have spoken to NME about the familiar feeling of headlining European festivals, saying they feel like they “belong” at the top of the bill now.

NME caught up with the rock duo backstage at Open’er Festival ahead of their performance on day two of the Polish festival. The weekend also saw headline sets from the likes of Dua Lipa, A$AP Rocky and The Killers.

The band previously headlined Reading & Leeds Festival 2019 and are due to top the bill at the likes of Mad Cool and Electric Castle this summer.

Asked if they were used to headlining festivals yet, vocalist Tyler Joseph replied: “Yes and no. We like the added pressure.”

He continued: “We do feel like, whether or not the other bands of the day look at us that way, there’s almost a responsibility to represent them as the closing act and really, trying to make sure you justify yourself being there – because it’s an honour. At the same time, you tandem that with a confidence in knowing that you belong in that spot and you have to take on that understanding to even have the guts out on that stage.”

Drummer Josh Dun added: “Coming to Europe and playing festivals; there’s a certain vibe and atmosphere that feels familiar, which is really wild to say and feels like home. It’s a good feeling – when we started out, everything felt really foreign.”

The band released their sixth album ‘Scaled & Icy‘ back in May 2021.

Check out our full interview with Twenty One Pilots at the top of the page, where they also talk about their Takeover Tour, reimagining songs for MTV Unplugged and reminisce on their journey so far.

Check back at NME here for the latest news, reviews, interviews, photos and more from Open’er 2022