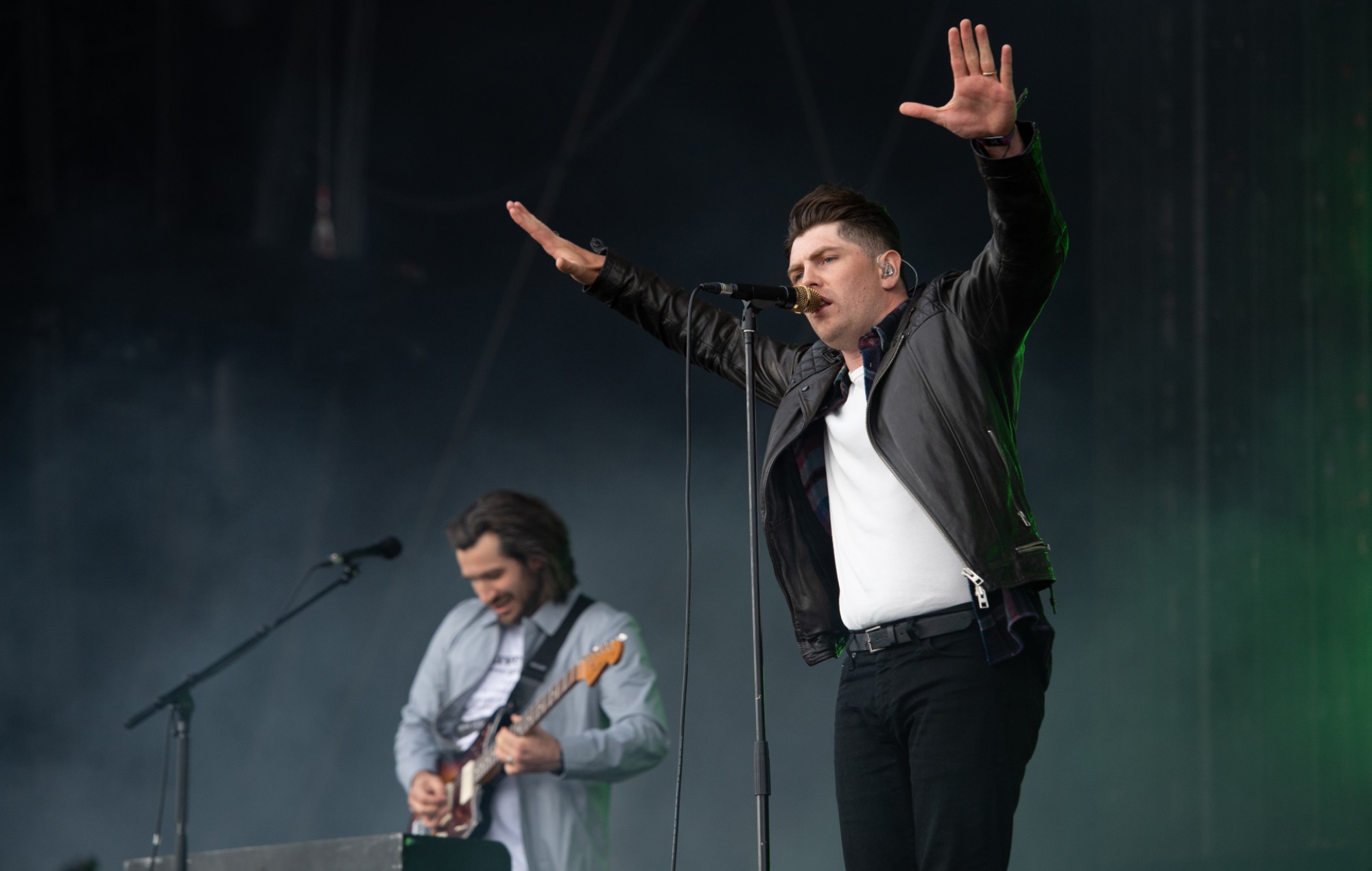 Twin Atlantic have dropped a scathing new single, ‘Get Famous’, that explores the “best and worst” of influencer culture in its lyrics and tongue-in-cheek music video.

The band’s vocalist, Sam McTrusty, talked about these sentiments and how they’re demonstrated in the song’s official music video. “Essentially, it’s me having a meltdown,” he said. “I’ve been obsessed with the Instagram account ‘Influencers In The Wild’, which captures the best and worst of how desperate people can be for online clout.

“Makeup tutorials, juicing, landmark tours, kissing pets, posing in all your expensive clothes… it’s all mental, but I can’t seem to pull myself away from it – I’m addicted.”

On the music video, McTrusty added: “I [also] became elements of what I hate. Even still, it was fun to make and indulge in all these guilty pleasures.

“Keeping little snippets of setting up and failed attempts was important. Those are the darkest moments of social media that we rarely get to see.”

The track arrives as the third taste of Twin Atlantic’s forthcoming album, ‘Transparency’, due out January 7 2022. McTrusty recently told NME the sixth studio offering would explore a more a more “lo-fi” soundscape, its approach being more “on the nose”.

“I’ve always tried to write honestly about whatever is going on in my life, because then at least you know there’s a solid grounding,” McTrusty said. “I’m a good bit older from when we started, so I’ve probably learned how to just get to the point.”

‘Get Famous’ follows the release of ‘One Man Party’ in September and ‘Bang On The Gong’ the month prior.

January’s release is the follow-up to ‘Power’, which dropped last year. Upon its release, NME gave Twin Atlantic’s fifth album a two-star review, saying it was “sorely undermined by a lack of originality and ideas”.