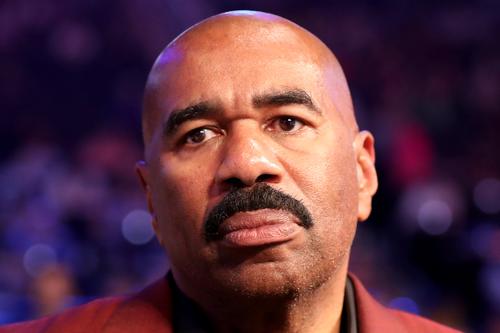 What better way to usher in the new year than with a few laughs?

That’s exactly what took place on New Year’s Eve as Steve Harvey became the internet’s earliest victim 2018 due to the outfit he chose to sport while hosting Fox’s New Year’s Eve Special in Times Square New York. From the photos and clips on the internet, Mr. Harvey can be seen rocking an all-white get up, packing a flashiness that makes it easy to see why Steve Harvey was such an easy target.

Of course, Twitter would not let the Family Feud host live, and already we have enough memes and hilarious comparisons to get the year started f right.

Aside from his outfit, Harvey also managed to make a comment on-camera that had many taking fense after a trio young men performed a number during the special to which Harvey responded, “Three little Black dudes singing the song better than all the white people I know.”

Leave it to Steve Hrvey to both end and begin a year with a blunder on national television. Check out twitter’s top reactions to below.