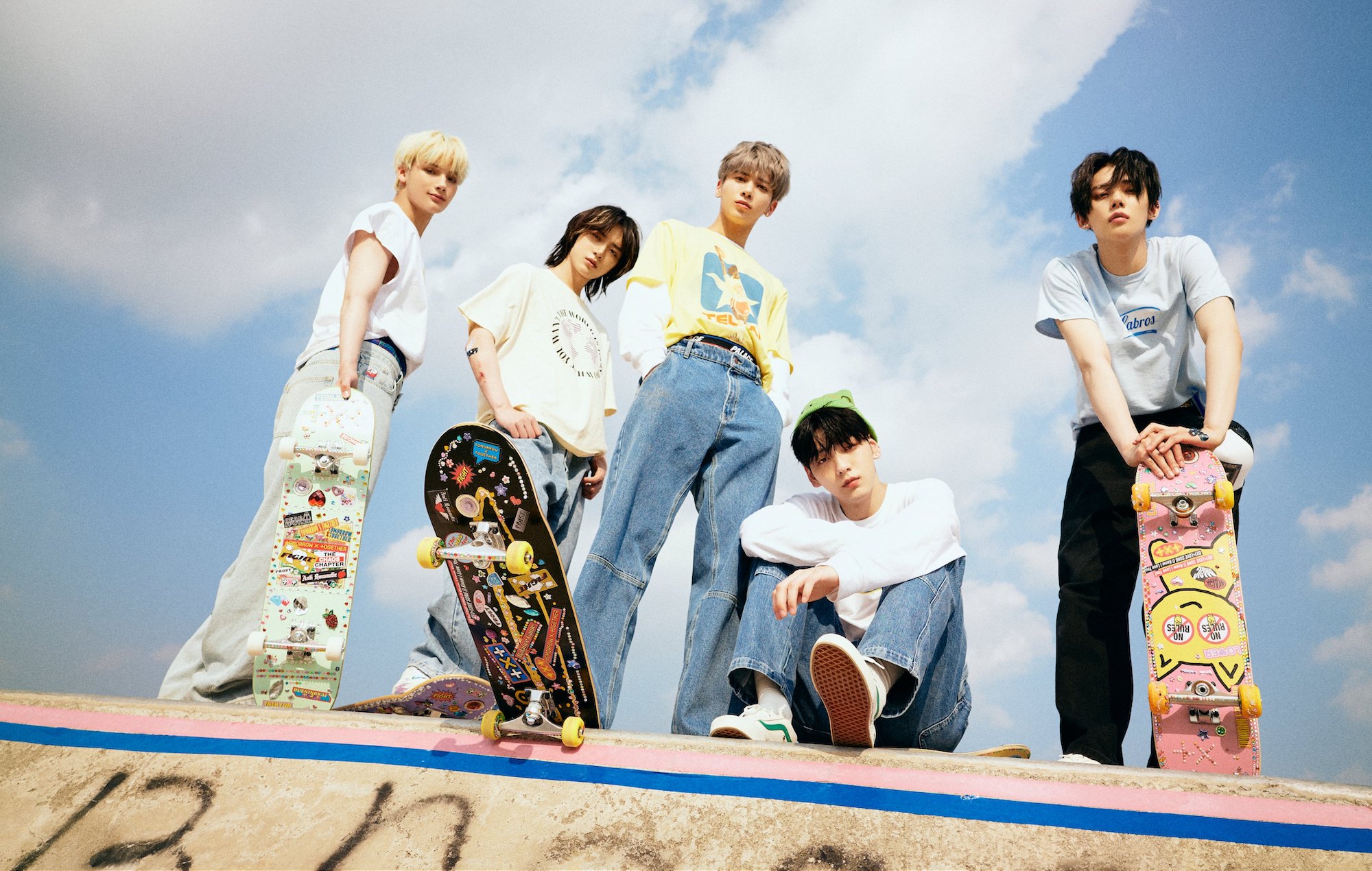 TXT hit the skate park in teaser for ‘The Chaos Chapter: Fight Or Escape’

TXT have released a new teaser for their upcoming repackaged album, ‘The Chaos Chapter: Fight Or Escape’.

In the video, which is dubbed a “concept clip”, the five-member group take over a skate park. it switching between grainy, handheld shots of each member skating around the park to blurry close-ups of the group. all set to Skipp Whitman‘s 2020 song ‘Never Afraid’. The visual later closes with the words “loser lover”, alongside spray-painted hearts and smiley faces.

The concept clip, released today (August 3), is the first in a series of retro visuals released on the HYBE Labels YouTube channel. The label has also released individual concept clips for each member. Check them out here.

‘The Chaos Chapter: Fight Or Escape’ is a repackage of TXT’s sophomore Korean-language album ‘The Chaos Chapter: Freeze’, which was released in late May. The upcoming album will see new tracks added to the original tracklist, although specific details on these upcoming tracks have yet to be announced.

TXT’s ‘The Chaos Chapter: Freeze’ was awarded five stars in a review by NME’s Rhian Daly, who described the record as the group’s “best release to date”, as well as an album that “represents huge growth”.

“No wonder they’ve been crowned both the leaders and ‘it boys’ of K-pop’s fourth generation, two titles they’ve more than earned with their commitment to candid storytelling and forward-thinking originality,” she added. “Life might be bleak at the moment, but at least we have TXT to turn our many lemons into a wealth of lemonade.”

In related news, TXT scored their first entry on the Billboard Pop Airplay Chart with their English-language track ‘Magic’. They are one of only five K-pop groups to appear on the chart, following BTS, BLACKPINK, LOONA and MONSTA X.