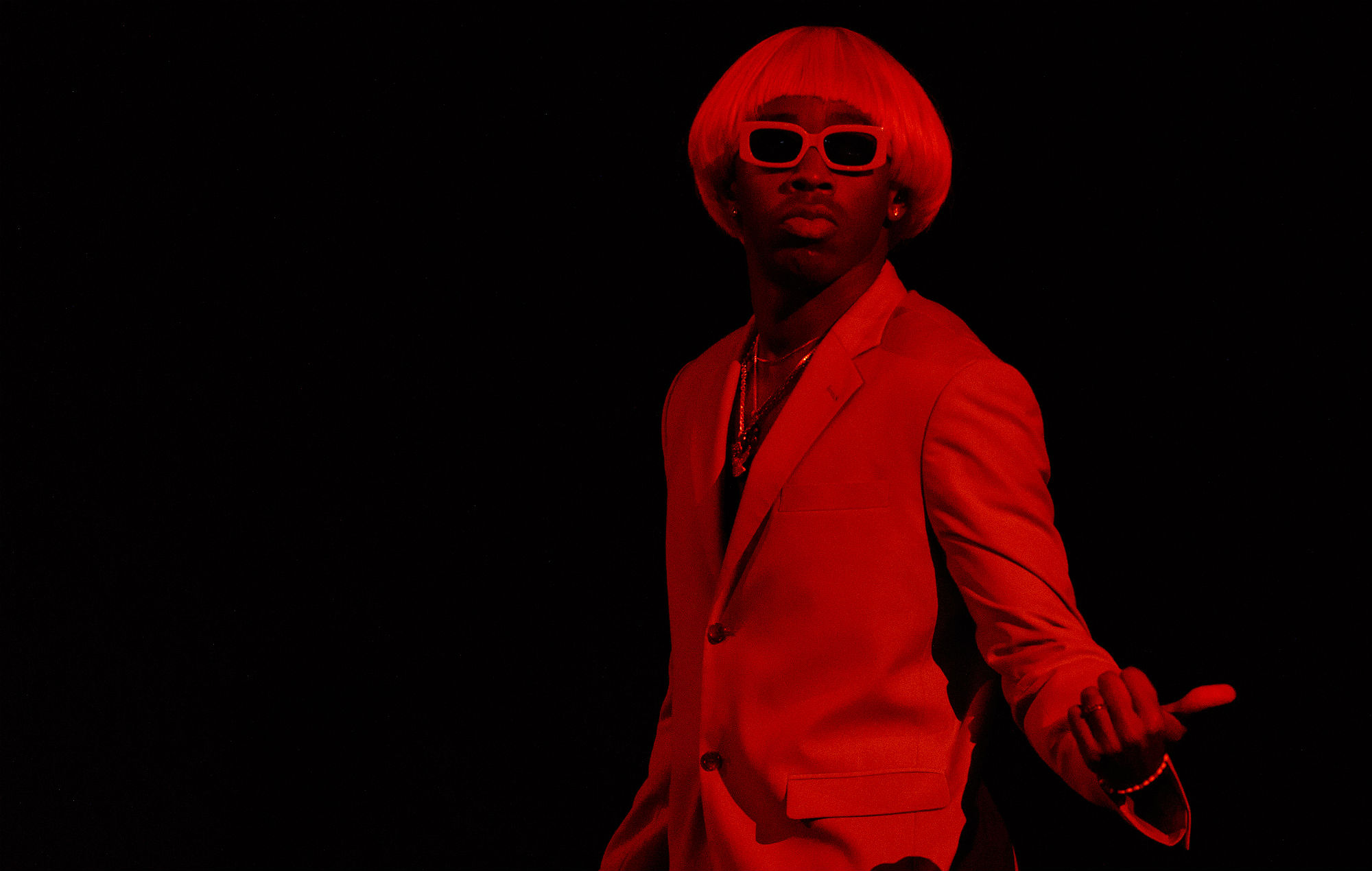 Tyler, The Creator has crafted another ice cream flavour in collaboration with Jeni’s Splendid Ice Creams.

The artist, who last year made the ‘Snowflake’ flavour for the Ohio-based artisan ice cream company under his GOLF le FLEUR* fashion imprint, has now unveiled ‘Pluto Bleu’, described in a press released as “blood orange flavour with a bolt of tropical blueberry”.

Pints of Pluto Bleu will be available to buy online at the Jeni’s and GOLF le FLEUR* websites from tomorrow (September 17). The flavour will also be sold in Jeni’s stores on September 21.

Tyler’s GOLF le FLEUR* is part of his Golf Wang fashion brand, the former of which was kicked off with a Converse collaboration back in 2016. Golf Wang is a spoonerism of Wolf Gang – which pertains to Odd Future or Odd Future Wolf Gang Kill Them All – the believed-to-be-defunct LA hip hop collective Tyler was a member of along with Earl Sweatshirt, Frank Ocean, Syd tha Kyd, and many others.

Speaking about the ‘Snowflake’ flavour last year, Tyler said: “As much as I love white chocolate chip cookies, I can’t get over the fact that someone made the universal rule that they always have to come with those useless macadamia nuts. For as long as I can remember, mint ice cream seemed to always come with every chocolate chip but white. I finally got the two away from their clingy friends and set up a play date for my mouth.” [via Pitchfork].

In other news, Tyler is among the leading additions to the growing bill for Roskilde Festival 2021. After cancelling its 2020 edition due to the coronavirus outbreak, the organisers of Roskilde are pressing forward with plans to host the festival in 2021.

Set to take place from June 26 to July 3 next year — which will be Roskilde’s 50th edition — Roskilde have confirmed in June that Tyler will now join Thom Yorke in performing at the 2021 event.