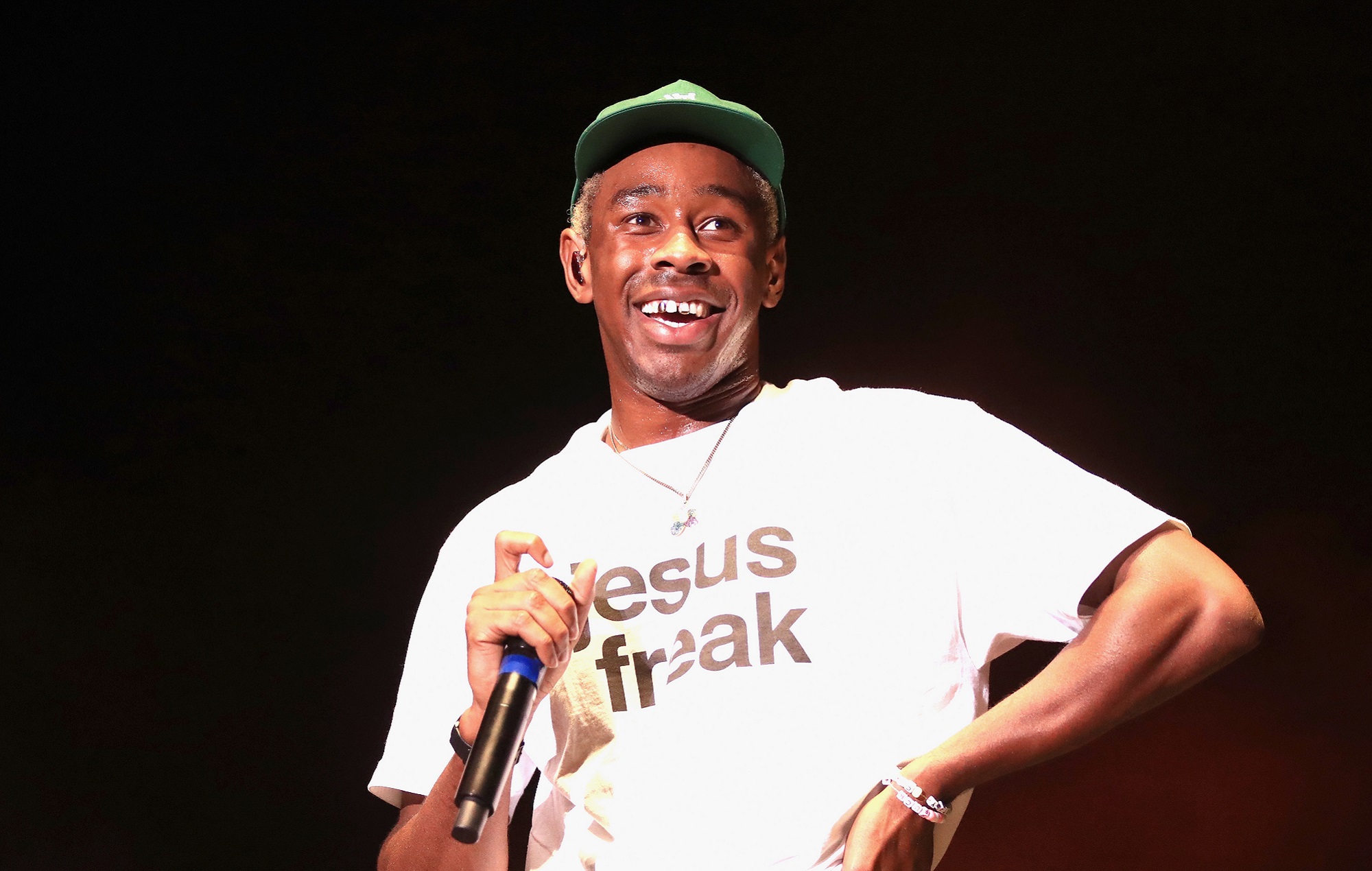 Tyler, The Creator thanks Kanye West, Missy Elliot and more for “opening the door” for him

Tyler, The Creator has thanked the likes of Missy Elliot, Kanye West, Q-Tip, Andre 3000, Chad Hugo, Pharrell Williams, Busta Rhymes and Hype Williams for “opening the door” for artists like him – watch the speech below.

The speech came after the rapper won the inaugural Rock the Bells Cultural Influence Award at the 2021 BET Hip Hop Awards.

Taking to the stage, Tyler started his speech by admitting: “I don’t have anything planned at all” before going on to quote the Playboi Carti song ‘RIP’ and the line “bought a crib for my momma off that mumblin’ shit”.

“I always get teared up when he says that because this thing that’s a hobby, a passion or a pastime for us, for a lot of people in here, that shit kept us out of trouble. And it allowed us to change our family’s lives, our friend’s lives, our lives,” he continued.

“With Rap, it’s like a pathway for a lot of us to really just go, to leave, to experience new shit that we’re really not allowed to see or shown from where we grow up.”

Tyler went on to add: “​​I definitely think I’ve created my own path but it’s the people who allowed me to understand that I can do that, who laid the blueprint. For everyone it’s different but I wouldn’t be here, or up on this stage, or have this silly hat, or anything without the Q-Tip’s, the Andre 3000’s, the Chad Hugo’s, the Pharrell’s, the Kanye West’s, and the Missy Elliot’s who no one ever brings up.”

He then went on to shout out Busta Rhymes and Hype Williams before he said: ”I appreciate those names, and others I didn’t mention because I’m limited on time, but I appreciate you all so much for opening the doors and throwing the key. Not just opening the door but talking to young guys like me.”

The rapper finished by telling the room, “everyone keep thriving, keep doing your shit.”


Tyler released his new album ‘Call Me If You Get Lost’ earlier this year where it topped the Billboard 200 Chart.