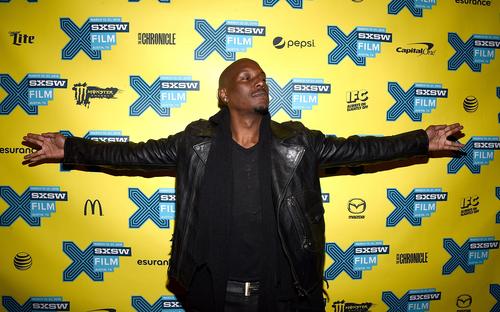 Yesterday, some unfortunate news came to light. The Game’s father, George Taylor, passed away unexpectedly at the age 65. Game has yet to make any public statement due to the fact that he’s in mourning. But, at time need, good friends will always be there for you. For the Game, Tyrese falls in that category. The entertainer paid a visit to Game earlier today to cheer him up following the death Game’s father.

RELATED: Tyrese Claps Back At The Haters Telling Him To “Shut Up”

Tyrese took to Instagram today to share a quick clip his visit to The Game earlier today. “Family gon’ always check on family. Ya know what I mean? Checkin’ on my brother, man. We over here, layin’ low, tucked away in the cutty cut,” he said before panning to Game.

While the Game looks distraught by the death his father, he was grateful for the support Tyrese during this troubled time. Tyrese even brought his own personal chef through to cook up some breakfast for himself and The Game.

RELATED: The Game Wants Fan Input On His New Album

Following the death George Taylor, Tyrese hit Instagram to send his condolences to The Game. He posted a selfie with himself and Game and captioned it, “Sending love and light to my brother…… My day dot….. Prayers love and light to your family….”

Check the posts below.