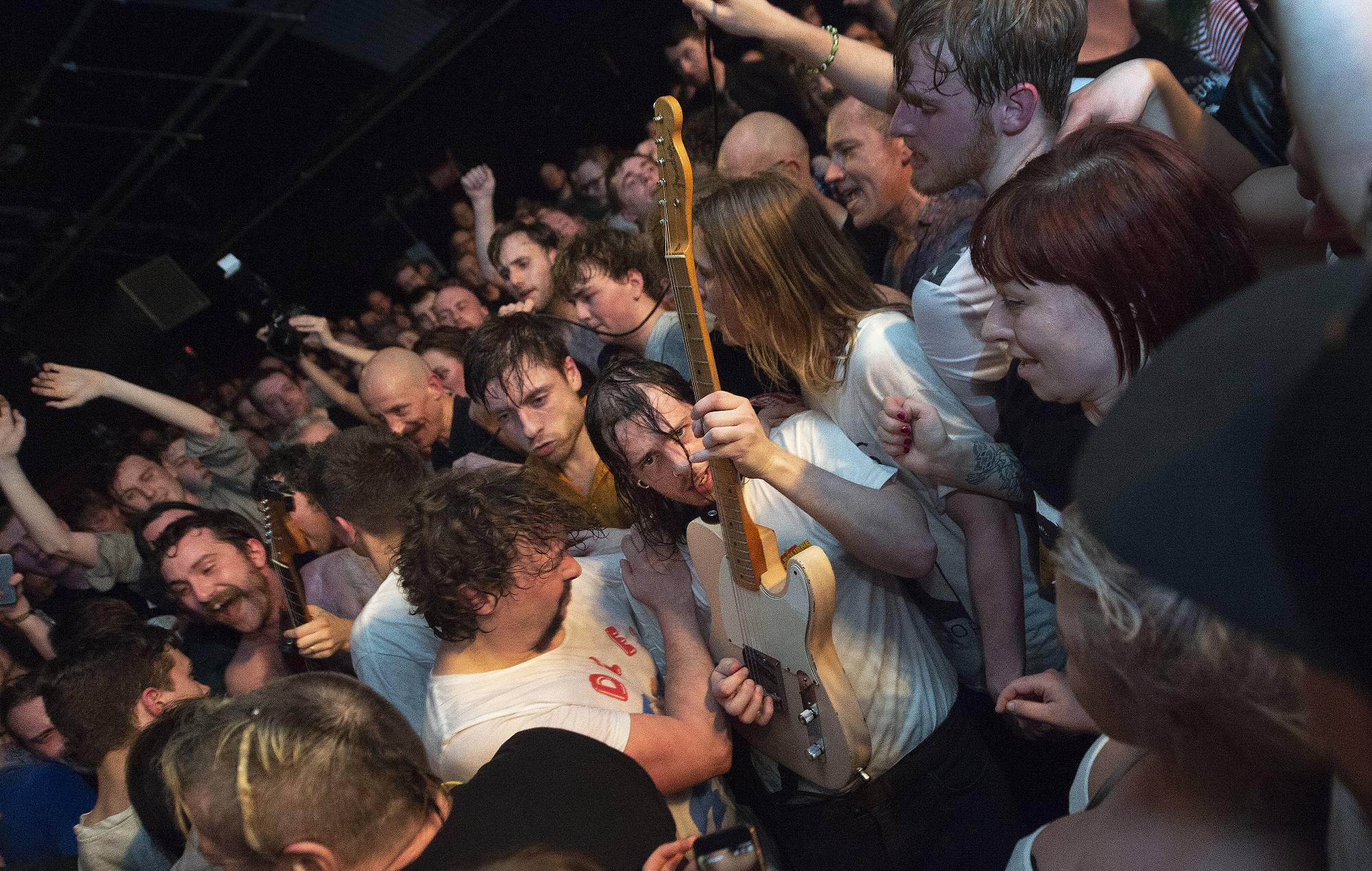 The UK’s grassroots music venues are facing £90million of debt due to the spiralling costs incurred by the coronavirus pandemic and being shut during lockdown.

It has been a tumultuous 18 months for grassroots music venues across the UK. At the start of the pandemic last March, there was the very real threat of over 500 venues facing closure. However, the vast majority have been saved thanks to public support and donations to the Music Venue Trust’s #SaveOurVenues campaign, along with pressure being put on the government and a number being saved by the Cultural Recovery Fund.

Despite the MVT’s largely successful efforts to “reopen every venue safely” with the hard work of people on the ground, it now seems that many venues remain in a difficult financial situation.

“The grassroots music venue sector is more than £90million in debt,” MVT CEO Mark Davyd told NME. “Getting that paid off isn’t going to be done this year, it likely won’t be done next year and might not be until 2024 or 2025 if things keep going as they are.

Davyd said that these debts were down to “landlords, suppliers, services and money that’s owed within their supply chain,” and that the best response would be for music fans to return to venues when they feel ready. He went on to praise venues’ efforts for making their spaces more COVID-safe, and for fans for taking precautionary measures – with around 95 per cent of gig-goers surveyed either being double vaccinated, having taken a COVID test before a show or having proof of immunity.

“Venues took on a lot of work and effort to try and understand what they should do to make their spaces safe, and then they went out and did it,” Davyd told NME. “The facts are that case numbers were rising significantly and very, very high – right up until the ‘freedom day’ of July 19. Venues then opened on July 19 and, in the following six weeks, case rates went down week on week.

“The most surprising statistic of all is that they went down by 29 per cent across the country, but of the 100 grassroots music venues that we tracked in different locations it went down by 38 per cent in the locality of those venues.”

He continued: “If you like science and believe in correlation rather than causality, you could argue that if you want to reduce transmission rates then you should open more grassroots music venues. The proof is in the evidence and the fact that grassroots music venues have contributed very little to the rise in transmissions. They’ve really managed this very well with air filtration, air quality, risk management and by working incredibly hard.”

Davyd said that the best way to help venues through this period was to get back to shows, and to take a test and stay safe before doing do.

“One of the key messages of our #TakeATest campaign is that the artists, the crew, the bar and venue staff are all taking a test to make sure these shows can go ahead,” he said. “It’s only reasonable for them to expect the audience to do the same thing. Tests are free, you can get them easily from an NHS website, it takes minutes of your time and I can’t think of any reason why anyone wouldn’t do that if they want to go and see a band that they love.”

He went on: “The number one thing that people can do is go out there, go and see a show, put your money in a venue, because they know how to use it best to recover from this. If everyone who cares about live music went to one extra grassroots show a month it would completely revolutionise the economics of this sector. Just go and take a chance on something you haven’t seen before, fill up those gigs that are currently half full.”

Please play your part and help us to Reopen Every Venue Safely. #TakeATest pic.twitter.com/LfoL8TTpI8

Davyd added: “If anyone’s feeling a bit vulnerable or not quite confident enough to get back out there, there are plenty of opportunities to go and see some live bands on a Tuesday night in somewhere like Bromsgrove with about 30 people, and you can practice your own social distancing and look after yourself. Not every gig is sold out and there are plenty of different ways to see a live band in a way that feels safe for you.”

Speaking to NME at the end of last year, Davyd put the saviour of UK music venues down to “people power”.

“When we look at where donations are coming from and when they spike, it is very closely linked to the coverage we receive from the NME,” said Davyd. “What that means is that NME readers are taking action and making a huge difference to keep these venues alive. We want to make it incredibly clear to the NME and its readers that the Music Venue Trust are merely standing in front of the work done by the public, by artists and by good Samaritans.”

He continued: “This is the result of people power. When Music Venue Trust and NME were first talking about this crisis in March [2020], we were looking at the very real closure of 500 venues. It’s quite an astonishing achievement, and it belongs as much to the writers and readers of the NME as anyone.”

Meanwhile, NME will act as media partner at this year’s Venues Day presented by the Music Venue Trust next week – which, for the first time, will be a ‘Hybrid’ celebration to bring together the national and international communities. Visit here for tickets and more information.