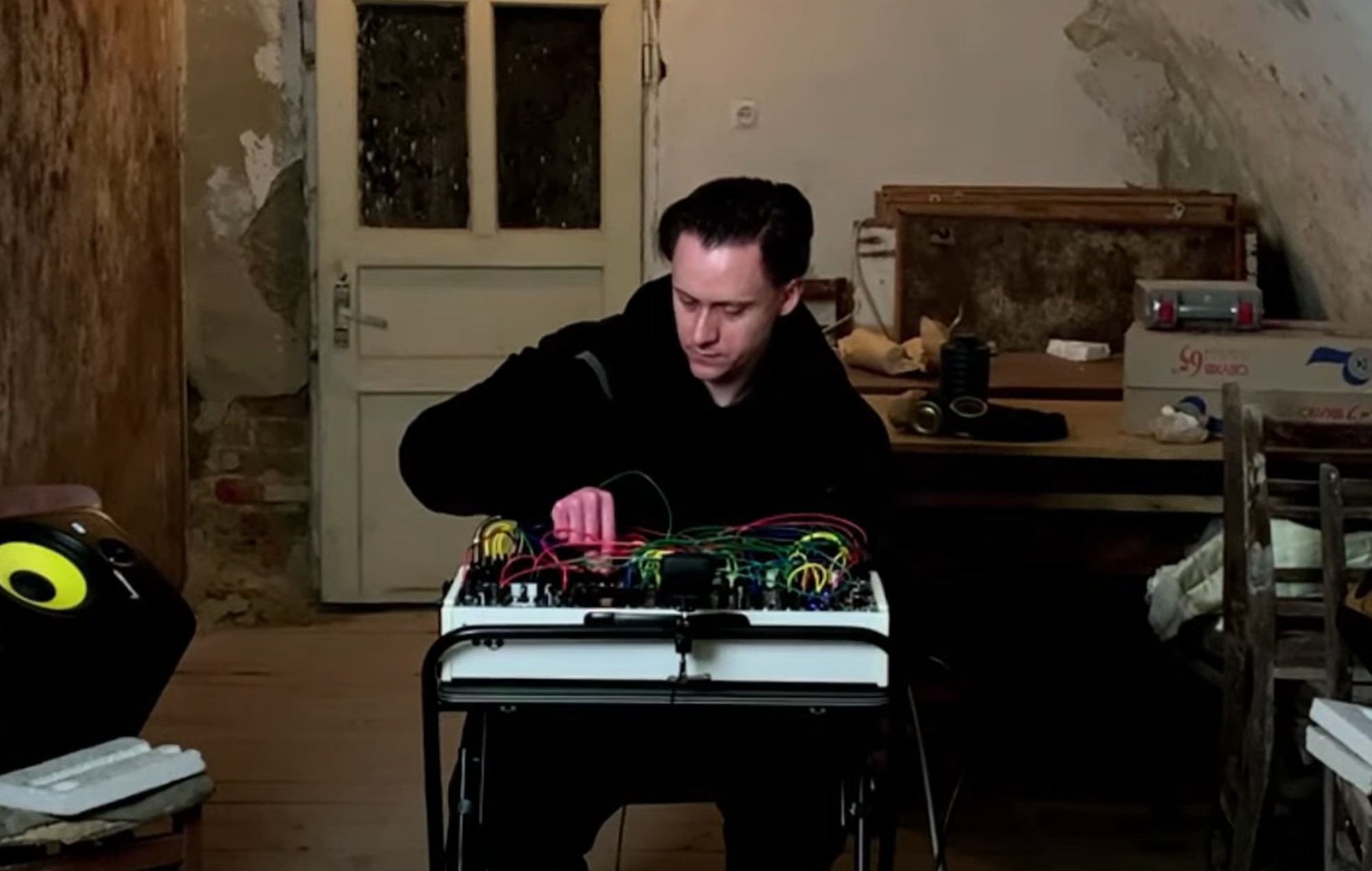 Heinali hosted the show earlier this month, playing a 30-minute set on a modular synth that he was able to save from his home while being evacuated.

“Live from Ukraine team successfully managed to broadcast my fundraiser live set from a bomb shelter in Lviv yesterday, despite the air raid alarm two hours before the performance and a rather wonky 100m Ethernet cable made of two 50m cables and a coupler shielded from rain with a plastic bag,” he wrote on Instagram.

In another post, he explained that the piece he played was “loosely based on the XII century organa of the Notre-Dame school and earlier polyphony”, adding “it’s the foundation of my new album Organa I couldn’t finish due to the war”.

It was part of a series of performances dubbed Live from Ukraine, featuring Ukrainian musicians performing works of various composers. According to Heinali’s social media, the “project’s mission is to encourage the international audience’s support of the Ukrainian army and humanitarian initiatives.

“Live from Ukraine is a wartime statement on the subjectivity, vitality and resilience of the Ukrainian musical communities.”

“Since the Russian invasion of Ukraine, international institutions and individuals have been offering numerous emergency opportunities for Ukrainian artists abroad,” he wrote.

“However, for many Ukrainian artists like me, who have remained in Ukraine, international grant opportunities are virtually non-existent. Most men aged 18-60 are banned from leaving the country by martial law. Many women stayed as well.

“Artists’ prospects of taking up long-term projects or projects that require frequent online presence are limited by the persistent threat of airstrikes and internal displacement. Hence, I urge you to consider my perspective on the grant opportunities that could genuinely help the remaining Ukrainian artists.”

Much of the international music community has come out in support of Ukraine since the country was invaded by Russia on February 24. A number of Ukraine benefit shows have been hosted by the likes of Arcade Fire, Patti Smith and Franz Ferdinand, as well as ITV’s March Concert for Ukraine, which raised more than £12million for the Disasters Emergency Committee’s (DEC) Ukraine Humanitarian Appeal.

To help, you can still donate to DEC’s Ukraine Humanitarian Appeal, and a number of other organisations, including Médecins Sans Frontières, UNICEF, The UN Refugee Agency, and the Red Cross.