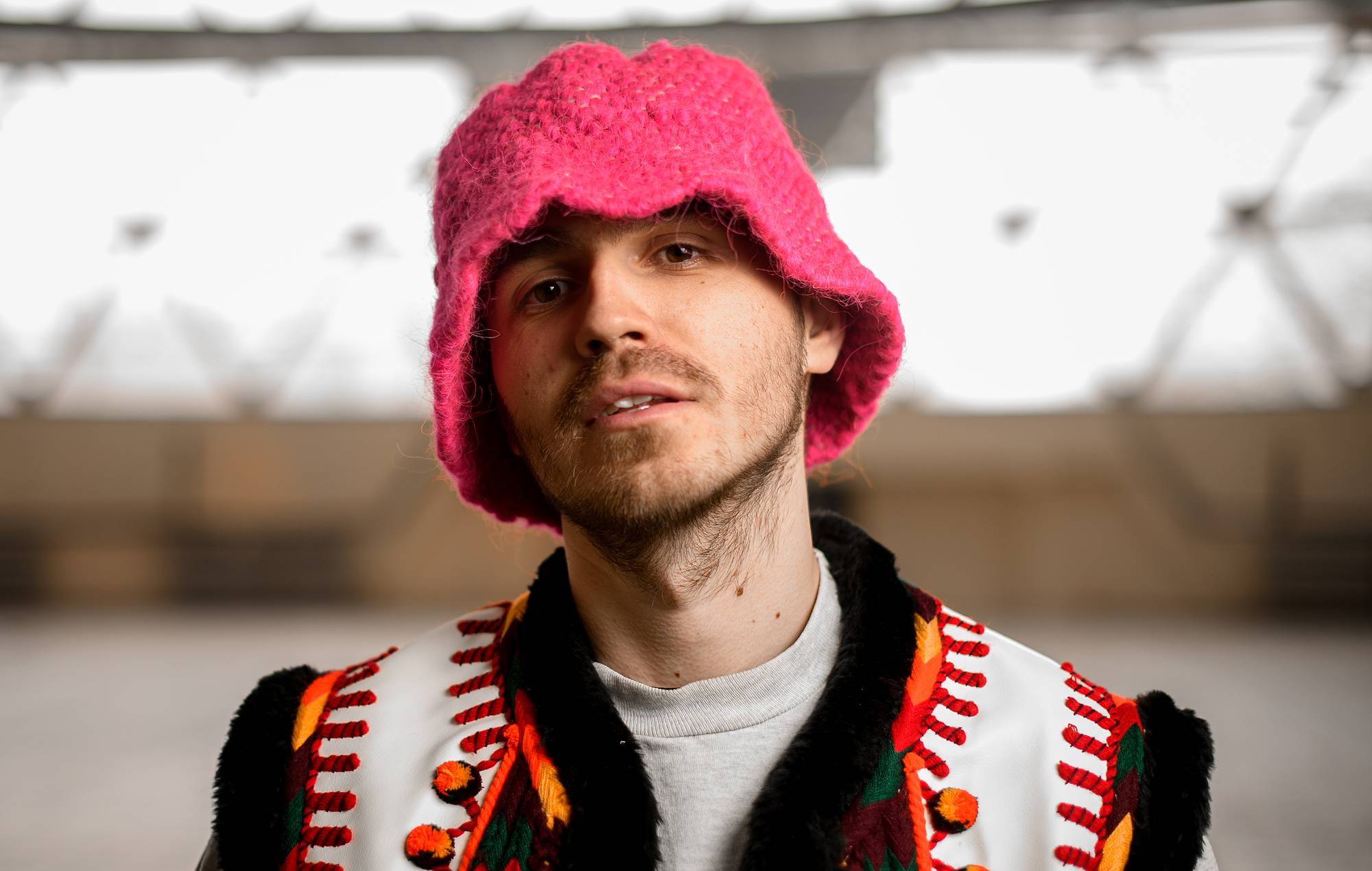 This year’s Ukrainian entrants for the Eurovision Song Contest, Kalush Orchestra, have spoken to NME about their song ‘Stefania’ and what it means to be representing their country during a time of war. Watch our full video interview with frontman Oleh Psiuk above.

The rap group, who formed in 2019, replaced Ukraine’s original entrant Alina Pash, who withdrew from the competition in February. Now, they’re currently favourites to win the contest, which takes place this week in Turin.

Speaking to NME, frontman Oleh Psiuk explained how their taking part was a “huge responsibility”, given the ongoing war with Russia.

Their song ‘Stefania’ was written in tribute to Psiuk’s mother, but with emotive and rallying lyrics that include the line “The field is blooming, but her hair is getting grey / Mother, sing me the lullaby, I want to hear your dear word“, the track has taken on a new meaning for many.

“The song was composed and dedicated to my mother, but after the war the song has acquired lots of nuances because a lot of people are perceiving it as if Ukraine is my mother,” said Psiuk. “That’s why the song has become so close to the Ukrainian people, and it is in the Ukrainian hearts.”

Describing the band’s idiosyncratic sound, Psiuk said: “The band combines old forgotten folklore, which could have been forgotten through many generations, and new, modern contemporary hip-hop and rap – all mixed into one cocktail. That’s why it has an interesting sound, but I don’t know anything similar to that.”

While last year’s Eurovision winners Måneskin are currently enjoying huge global success, Psiuk said that the band’s plans after the contest would involve returning home “instantly” in order to “deal with their own affairs as volunteers and doing everything possible to help their country”. They are required to return to Ukraine as men of legal fighting age after the competition.

“One of our band members stayed in the war and is now defending Kyiv in the capital. I created my volunteer organisation helping people with accommodation, travel, transport and medicine all across the Ukraine,” he said. “We also have a special telegram channel that you can join, write where you’re from and what help you need.”

Beyond that, they hoped that their taking part would shine a spotlight on other talent from their home country, giving a shout-out to other Ukrainian acts including Skofka, YAKTAK, and Jerry Heil.

“According to the bookmakers’ bets, we are taking the first place – but before the war struck, it was fifth place,” said Psiuk. “That shows that our song is liked by the European audience. We hope that when the wider audience hears it, that they’ll pay attention to Ukrainian music.”

He added: “Our aim is not only to make Ukrainian popular not only in the Ukraine, but all over the world. Eurovision is a very cool platform for that. We would like to create a situation where Ukrainian music has a place in the world market and for it to be really needed.”

Watch our full interview with Psiuk above, where he also discusses being inspired by Eminem, Ukraine’s legacy of Eurovision Song Contest talent, and his thoughts on this year’s fellow entrants in the competition.

Due to the ongoing conflict, Russia will not be allowed to compete in Eurovision this year. Viewers will also be encouraged to donate to Ukrainian relief efforts.

Kalush Orchestra compete in the first round of semi-finals at Eurovision tonight (Tuesday May 10). There will be a second semi-final on Thursday before the grand final takes place on Saturday.