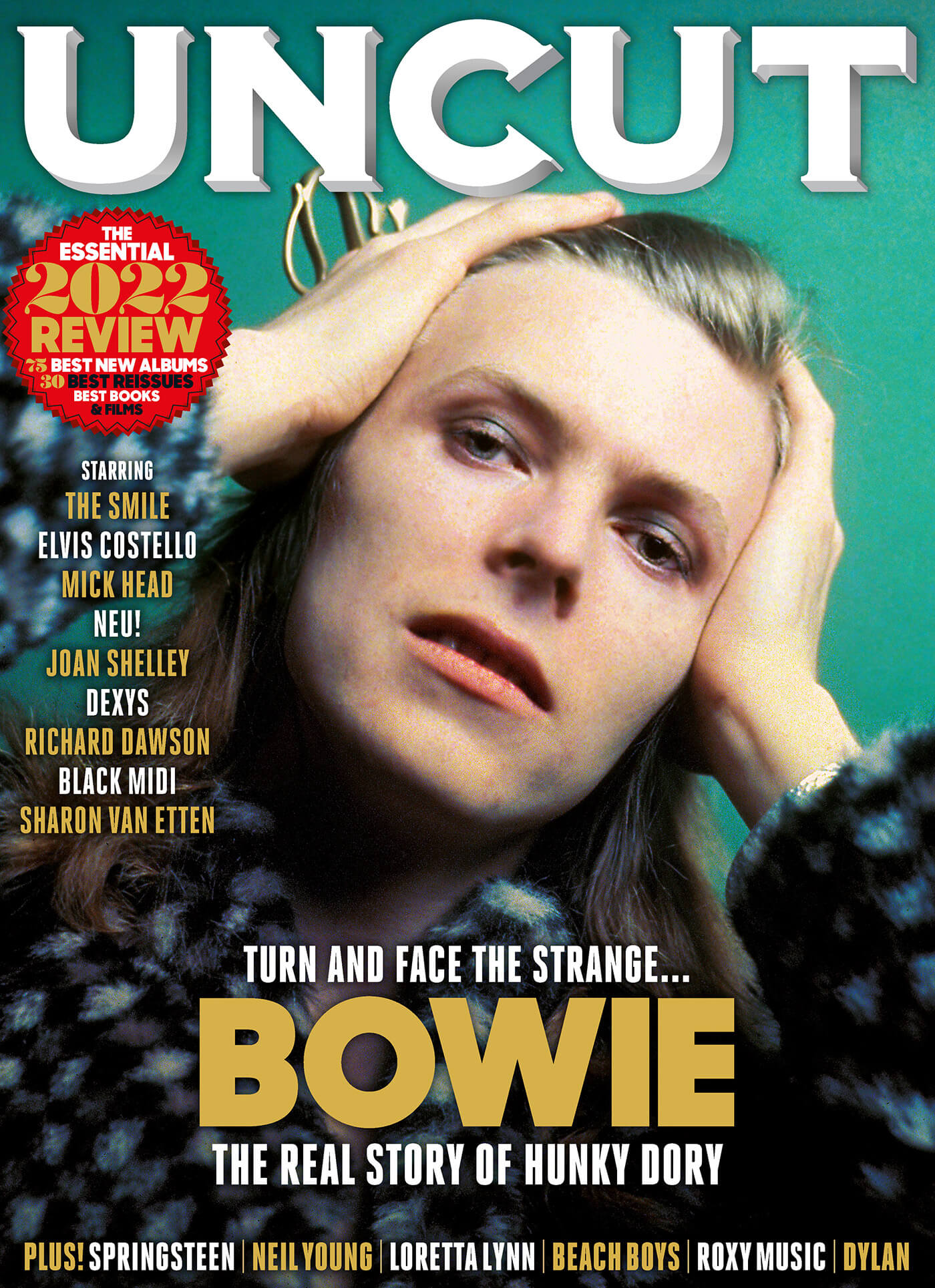 DAVID BOWIE: In 1971, David Bowie was all about ch-changes. Inspired by the America of Andy Warhol and Lou Reed, Bob Dylan and After The Gold Rush, he delivered a daring, career-reviving triumph with his first truly great album. As a new boxset, Divine Symmetry, digs deep into the 12 months that led up to the release of Hunky Dory, collaborators and confidants reveal the secrets of this major turning point in Bowie’s evolution. “With David, it was onward and upward all the time,” learns Peter Watts. Look out, you rock’n’rollers!

LORETTA LYNN: A revolutionary spirit in country music, Loretta Lynn chronicled ordinary women’s lives for over six decades. Here a cast of admirers – including Lucinda Williams, Margo Price and kd lang – pay tribute to the singer and songwriter and her defiant songs of experience. “She did what she wanted to do. She was independent. She was rebellious,” hears Graeme Thomson.

BLACK MIDI: Chess-playing, concept-album-loving jazz proggers, Black Midi are the British alternative scene’s ambitious eccentrics. We catch them on tour in America – with contemporaries Black Country, New Road – where their latest album, Hellfire – a song cycle about war, prostitution and death – is going down a storm. Tom Pinnock hears how Count Dracula, Jeff Wayne’s War Of The Worlds and “circus music” have helped shape their exhilarating 2022.

JOAN SHELLEY & NATHAN SALSBURG: During 2022, a lot of good music has come out of Joan Shelley and Nathan Salsburg’s remote farm near Louisville, Kentucky – from Shelley’s timeless and vital album The Spur to the latest instalment in Salsburg’s Landwerk series of sound collages. Stephen Deusner heads into the woods to hear about how parenthood, isolation and upheaval have shaped the couple’s past 12 months.

THE UNCUT REVIEW OF 2022: The essential albums, reissues, films and books of the year.

MICHAEL HEAD: The creator of Uncut’s third best album of 2022 on his magical Mersey adventures with The Pale Fountains, Shack, Arthur Lee and Lee Mavers.

THE BEACH BOYS: A “new Beach Boys” attempt to take an audience with them into the heart of the 1970s.

In our expansive reviews section, we take a look at new records from Bruce Springsteen, Duke Garwood, Rozi Plain, Neil Young and The Crazy Horse and more, and archival releases from The Beach Boys, Tom Petty & The Heartbreakers, Emahoy Tsegué-Maryam Guebrou, and others. We catch the Roxy Music live; among the films, DVDs and TV programmes reviewed are White Noise, Aftersun, Three Minutes: A Lengthening, Lynch/Oz and Hong Kong: City On Fire; while in books there’s Bob Dylan and Bono.

Our front section, meanwhile, features Jerry Lee Lewis, Sparklehorse, Bill Berry, The Murder Capital, while, at the end of the magazine, Kevin Rowland shares his life in music.