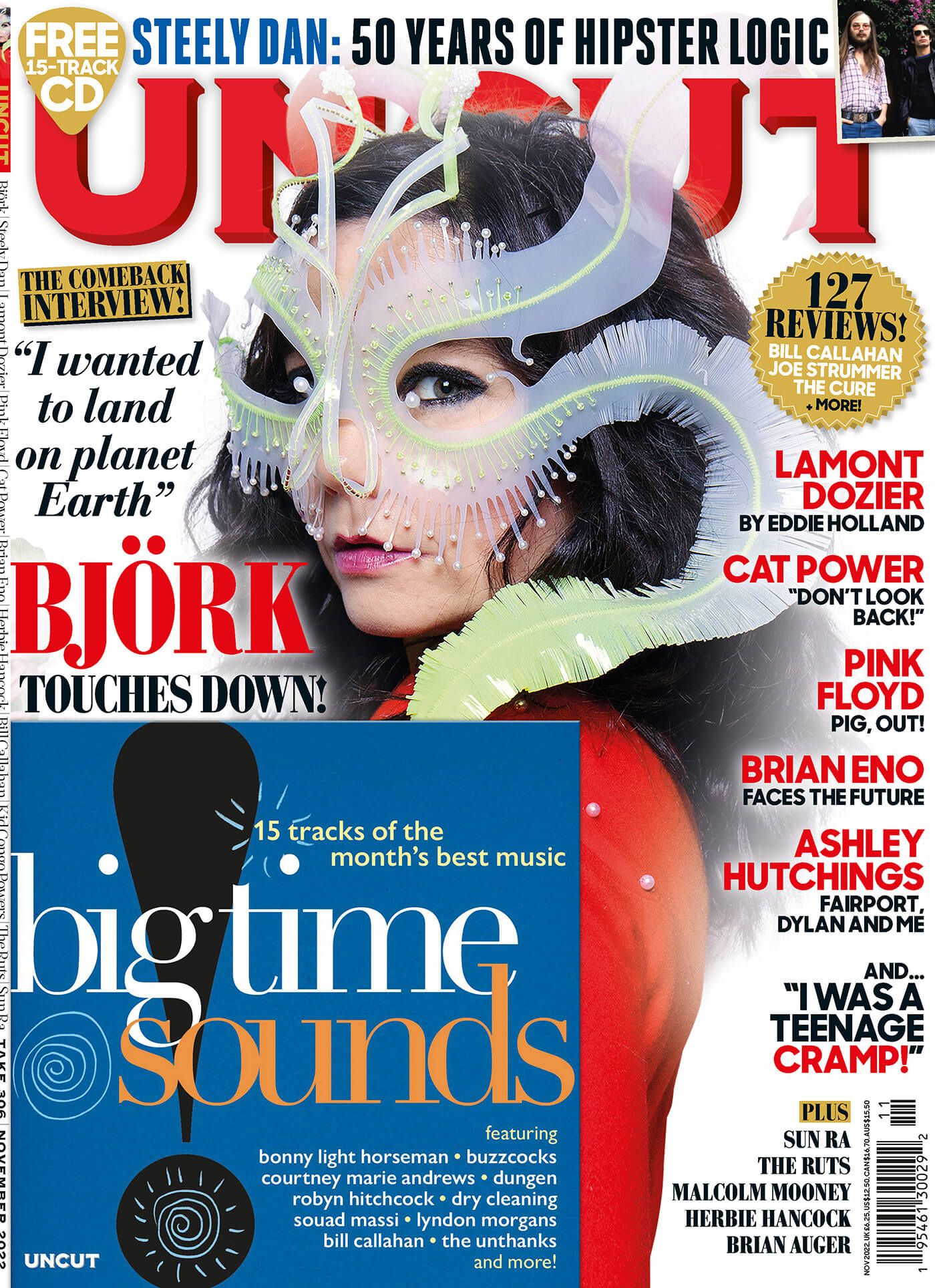 BJÖRK: Returning to Iceland, Björk found herself putting down roots, reconnecting with her ancestry, losing her mother and becoming a grandmother. The result is Fossora – the final part of her own post-divorce pagan comedy that’s taken her from America, via heaven and hell, back to Reykjavík again. Stand by for revelations involving mushrooms, Icelandic obituary songs, headbanging and “punching dinosaurs in the stomach!” “I just wanted to land on planet Earth and dig my toes into the soil,” she explains to Stephen Troussé.

HERBIE HANCOCK: From child prodigy to jazz colossus, Herbie Hancock has repeatedly revolutionised music. In a rare audience with the rockit man, he tells Graeme Thomson about his remarkable career, alongside giants including Miles Davis and Joni Mitchell, and as a formidable solo artist in his own right. But what keeps this tireless innovator going into his ninth decade? “I like to be ahead of the curve,” he says. “I’m trying to make a curve!”

AOIFE NESSA FRANCES: Depressed and anxious following the release of her remarkable debut album Land Of No Junction in 2020, Dubliner Aoife Nessa Frances headed west to spend lockdown with her father and sisters in County Clare. Reinvigorated by the experience, she’s returned with a dark, dreamy and defiant second album, Protector. “Music is magic,” she tells Stephen Troussé as she leads Uncut through the landscape the record grew out of…

LAMONT DOZIER: When Lamont Dozier died on August 8, 2022, we lost one of the chief architects of the Motown sound: a master craftsman who helped define popular music during the 1960s. Here Eddie Holland pays a moving, in-depth tribute to his friend and former collaborator – taking us from the factory floor at Hitsville USA during Motown’s imperial phase to revelations about more recent plans to revive the Holland-Dozier-Holland partnership. “Lamont, Brian and I were together so long, the relationship we had was beautiful,” he tells Nick Hasted. “I still don’t really want to think about him being gone.” Plus The Four Tops, The Chairmen Of The Board, Mick Hucknall and more salute Dozier’s songwriting genius.

CAT POWER: The inimitable Chan Marshall on turning 50, dogs versus cats, the “atrocity” of modern-day America and an encounter with “God Dylan”

THE RUTS: The making of “Babylon’s Burning”.

ASHLEY HUTCHINGS: The guv’nor of three key folk-rock groups guides us through his highlights

In our expansive reviews section, we take a look at new records from Brian Eno, Courtney Marie Andrews, The Comet Is Coming, The Unthanks and more, and archival releases from Joe Strummer, Pink Floyd, The Cure, and others. We catch the Connect Festival live; among the films, DVDs and TV programmes reviewed are Flux Gourmet, Hallelujah, Strawberry Mansion, The Lost King and Hatching; while in books there’s Stuart Cosgrove and Stuart Braithwaite.