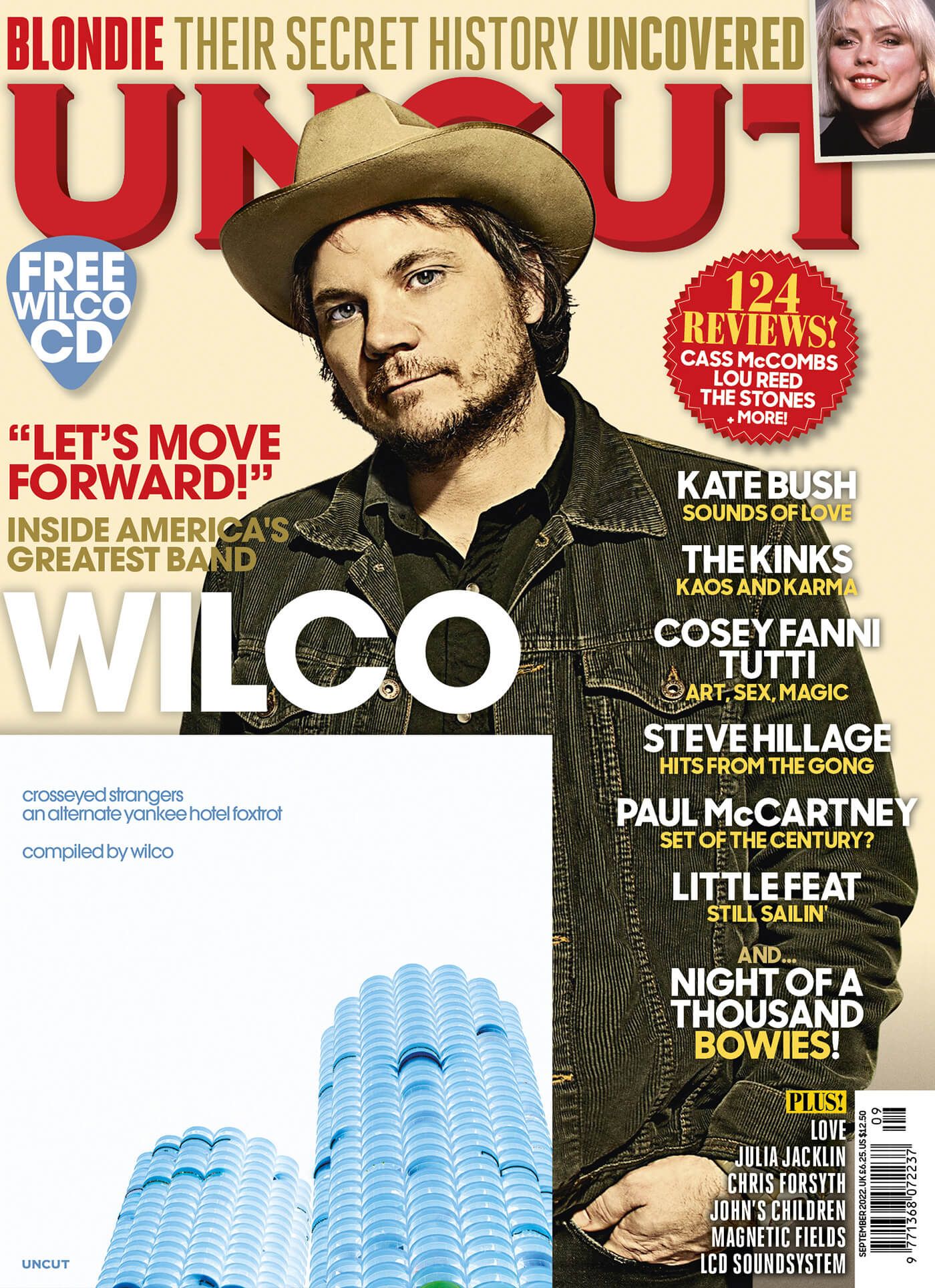 WILCO: 2022 was meant to be the year Wilco celebrated the 20th anniversary of Yankee Hotel Foxtrot, the album that almost split the band but ended up securing their legend. However, this is a group that likes to keep moving – hence the surprise appearance in May of the organic and emotionally direct Cruel Country. Backstage at Black Deer festival, Jeff Tweedy et al tell Nick Hasted why Wilco don’t really do nostalgia: “We value ourselves based on what’s on the horizon.”

DAVID BOWIE: To mark the 50th anniversary of Ziggy Stardust, collaborators, historians, collectors and fans congregate in Liverpool for a weekend of communion, remembrance and celebration. Stephen Troussé finds that, six years after his passing, David Bowie’s afterlife might turn out to be his most intriguing adventure of all.

BLONDIE: A new boxset shines fresh light on Blondie’s remarkable journey from downtown scenesters to uptown habitués. Peter Watts explores the roads not travelled during their formative years in the company of Debbie Harry, Chris Stein and Clem Burke. “It was always kind of an experiment…”

DAVE DAVIES: Sitting in his local, Dave Davies – guitarist, spiritual warrior, astral explorer – is taking stock. To discuss: his celebrated history in and out of The Kinks, current relations with brother Ray, and where the deep soul-searching that has gone into writing a visceral new memoir will take him next. “It’s better to embrace those feelings full-on than let them fester,” he confesses to Nick Hasted.

JULIA JACKLIN: Having flirted with acting, Julia Jacklin eventually found herself in Montreal, speed-writing a follow-up to the acclaimed Crushing on a Roland keyboard in view of Leonard Cohen’s house. Tom Pinnock hears how she came up with a modern classic by crossing Celine Dion with Goblin. “I was trying to keep the beauty,” Jacklin says, “but make sure it was never getting too pretty.”

STEVE HILLAGE: The Gong and System 7 guitarist talks Glasto, UFOs, Sham 69 and which space-rock band had the best drugs.

LOVE: The making of “She Comes In Colours”.

LITTLE FEAT: Forty-five years later, an expanded revisitation of the Feat at their live best.

In our expansive reviews section, we take a look at new records from Cass McCombs, Louden Wainwright III, Danger Mouse & Black Thought, Amanda Shires and more, and archival releases from The Foundations, Bridget St. John, Lou Reed, and others. We catch the The Rolling Stones and LCD Soundsystem live; among the films, DVDs and TV programmes reviewed are Hit The Road, Kurt Vonnegut: Unstuck In Time, The Feast, The Good Boss and The Gray Man; while in books there’s PP Arnold and Barbara Charone.