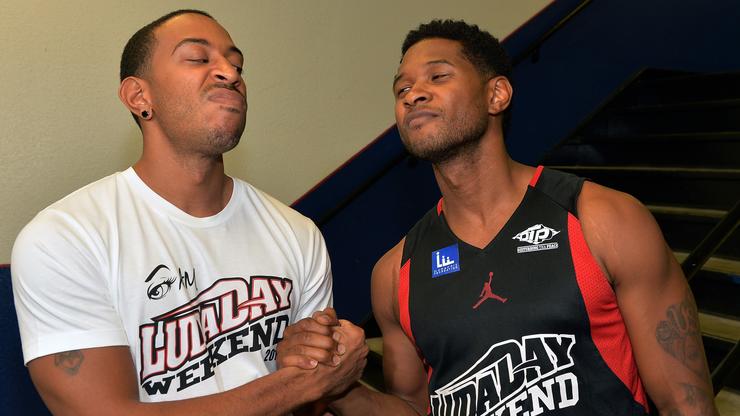 Usher, Ludacris, & Lil Jon Have Another Banger In The Stash

The trio is looking to harness those 2004 vibes.

In the early stages of the Millenium, there came a time where Lil Jon and the crunk movement became damn-near ubiquitous. The game was absolutely flooded with minimalist bangers and Lil Jon’s rambunctious ad-libs, with some going so far as to blame him for steering hip-hop down an unsavory path. And yet who can deny that the man had bangers on deck? Including his arguable biggest, “Yeah!” with Usher and Ludacris. At the time, the single was beyond popular, with its legacy enduring over fifteen years down the line. Case in point, the track holds three hundred and sixty million on Youtube to this day, despite being only uploaded to the channel in 2015.

With many still considering “Yeah!” to be Usher’s finest track, it’s no wonder fans have been asking for a reunion special. As it happens, the wish is about to be granted. Lil Jon confirmed that the trio has officially linked up for another banger, and it’s set to arrive on Usher’s upcoming album. If that wasn’t enough, Ludacris took to Instagram to stoke the hype flames: “Shit slappin too.” On the strength of nostalgia alone, the spiritual successor to “Yeah” should pique the interest of many a snoozing fan.

Have you any interest in hearing another drop from the “Yeah!” collective? And if so, do you want them to retain that iconic style, or shape their effort around contemporary musical trends?