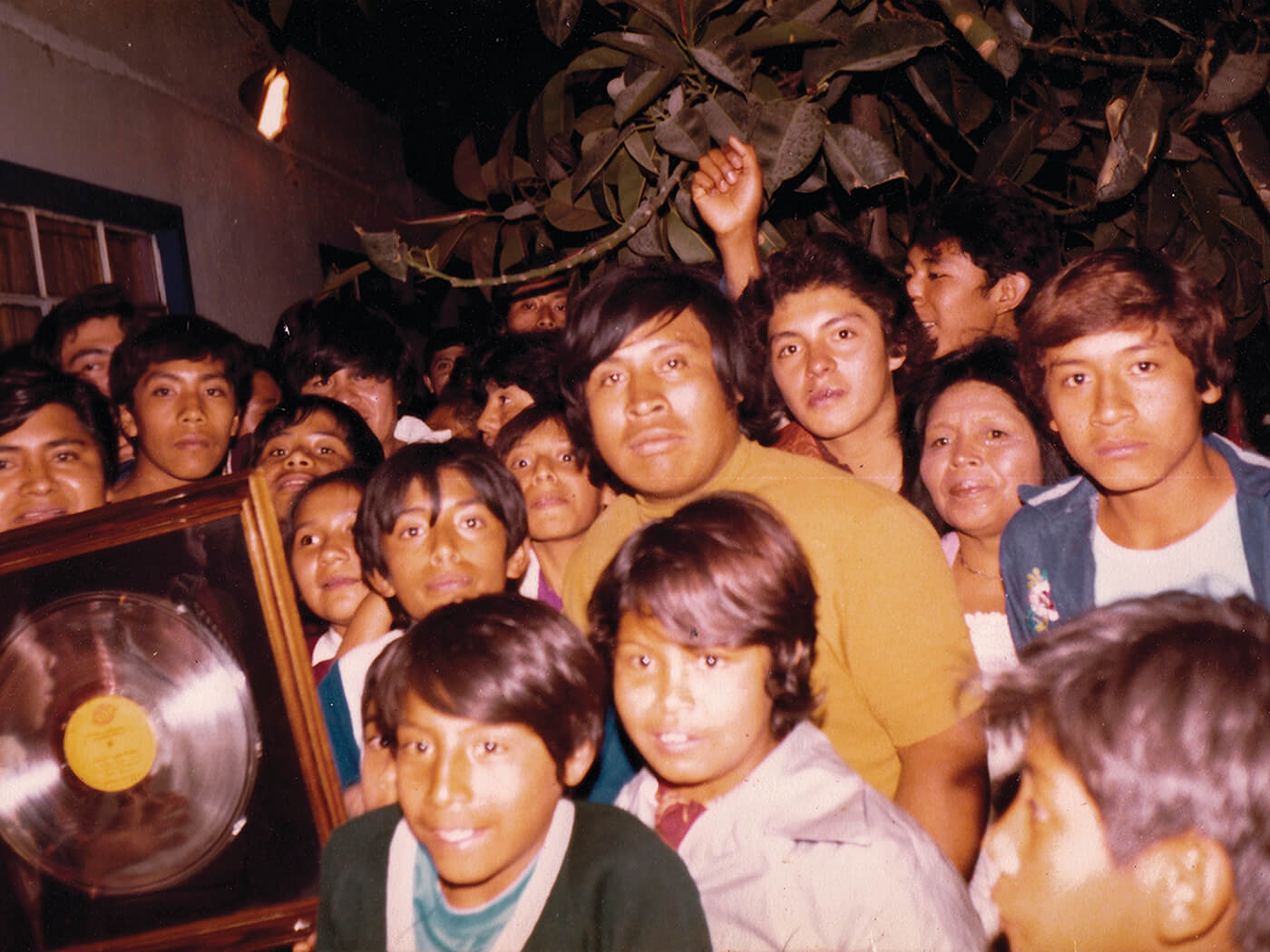 In 1970s Mexico, an entire sub-genre of music was created by DJs doing what John Peel used to sometimes – unwittingly – do, which is to play records at the wrong speed. The clubbers of Monterrey and Mexico City loved the uptempo cumbia music coming out of Colombia, Venezuela, Ecuador and Peru, but they often found the tempos too fast for the dancefloor. Commercial turntables with variable speed controls, like the Technics SL-1200, were prohibitively expensive, so Mexican soundsystem DJs – or “sonideros” – found ingenious ways of adjusting the electrical circuitry on their sturdy Garrard 88 turntables so that they could slow down 33rpm LPs and play them as low as 25 or 20rpm. This way, rhythms that were usually between 100 and 120bpm could be slowed down to 80-100bpm.

The genre became known as “cumbia rebajada” – “rebajada” meaning lowered, or slowed down – and you’ll find plenty of Mixcloud and Soundcloud websites filled with rebajada playlists that were recorded onto tape. But the best introduction to this proto trip-hop is told by Saturno 2000: La Rebajada de Los Sonideros, a 15-track Analog Africa compilation

Most of these are instrumentals, so you don’t have to deal with the weirdness of a slowed-down human voice, but the tempo changes often bring out elements of instruments that aren’t apparent at normal speed.

Online you can find the original version of “La Danza Del Mono” (The Monkey Dance), a sprightly, squeaky track by the Mexican organist Lucho Gavilanes, recorded at 110bpm: the version on Saturno 2000 is slowed down to 93bpm and becomes a darker and more immersive experience. The effect is even more marked on “Capricho Egipcio” (Egyptian Caprice) by the Ecuadorian band Conjunto Típico Contreras: a fast, Arabic-themed barambao which was recorded at 130bpm and has here been slowed down to 105bpm. At this speed, the sprightly accordion now sounds doomy and funereal, while the crisp percussion rattles in a faintly sinister way.

Many of these bands are fronted by tinny Farfisa organs, which sound like exotic analogue synths when slowed down. “La Borrachita” (The Drunkard) by Ecuador’s Junior Y Su Equipo sounds like a BBC Radiophonic Workshop samba, one that chirrups and trills like a digital blackbird; another track by the same band, “Bien Bailadito” (Good Dancing) recalls the early Moog experiments of Perrey & Kingsley. Best of all is “Paga La Cuenta Sinverguenza” (Pay The Scoundrel’s Bill) by Peru’s Manzanita, which has been slowed down from around 120bpm to 103bpm, to the point where a surf guitar, overlaid with echo, tremolo and chorus effects, sounds like it’s been put through Lee “Scratch” Perry’s dub chamber, while the male and female vocals start to sound spooky and androgynous. It’s gleefully disconcerting stuff.