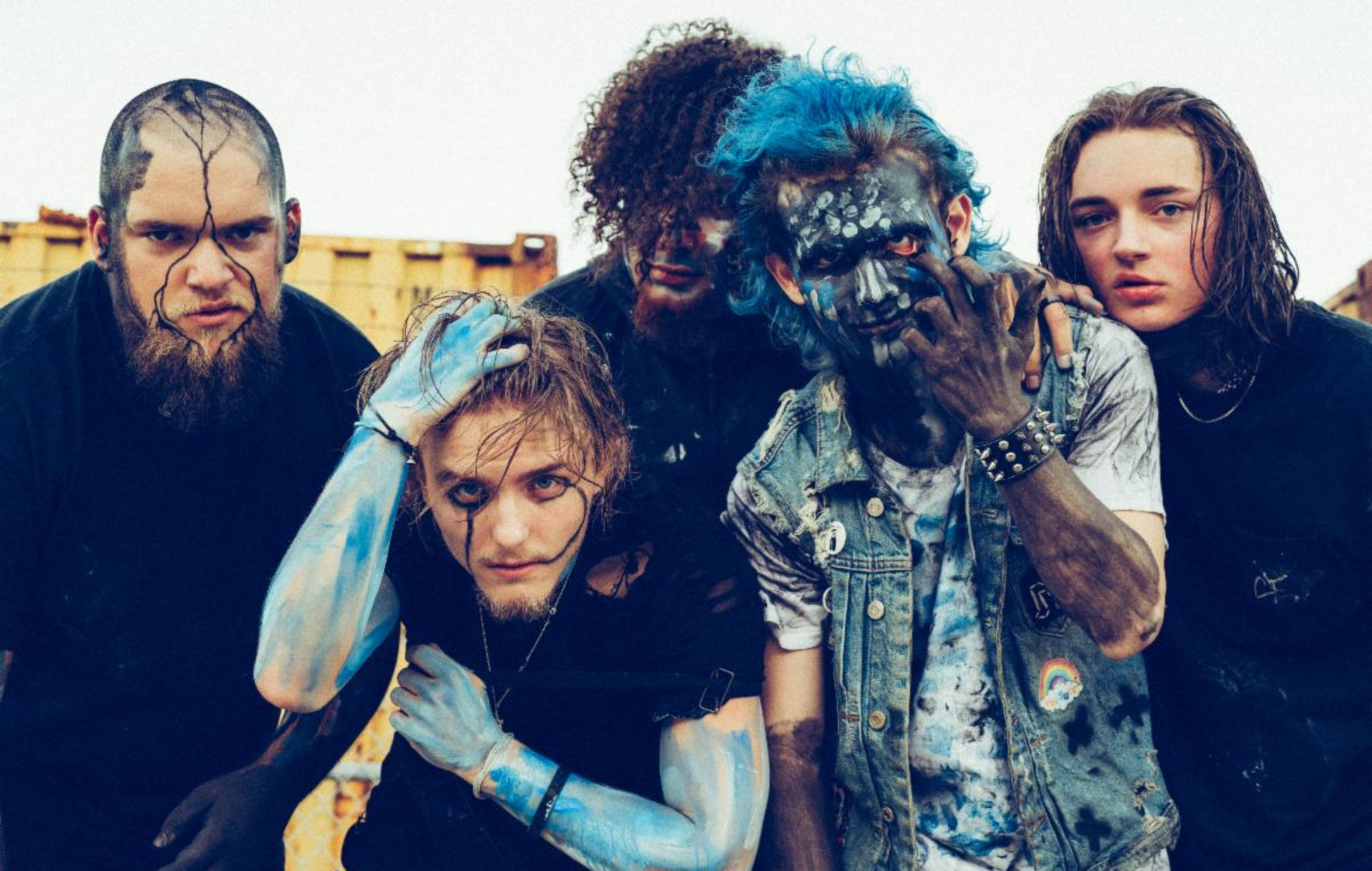 Vended have accompanied the release of their latest single ‘Overall’ with a new set of visuals.

The video shows Griffin, Simon and their bandmates Jeremiah Pugh, Cole Espeland and Connor Grodzicki performing the track in a warehouse.

“’Overall’ is a song about getting trapped in your own head and having your thoughts self-sabotage you,” Griffin said in a statement.

“And how sometimes YOU are the only person who can help yourself get out of that headspace. ‘I salt the wound myself‘ has a double meaning; you either feel the pain from bad thoughts, or you lean into it and embrace them.”

‘Overall’ is the follow-up to Vended’s July release ‘Ded To Me’, which came ahead of their European tour that included headline shows in London and Bournemouth. The band also made an appearance at Bloodstock Festival in Derbyshire.

They are due to hit the road tomorrow to support Ukrainian metal band Jinjer on their US tour.

Although the group includes the sons of two members from Slipknot, Vended spoke recently about how they carved their own path in the music industry despite people’s assumptions of huge nepotism boosts.

“Yeah, we got more help than other bands do and I’m honest about that,” Simon said in an interview with Kerrang!. “I’m not going to say we didn’t because that’s not fair to who our fathers are.

This month marks a year since Vended released their debut EP ‘What Is It/Kill It’. According to a press release, more music is coming “very soon”.