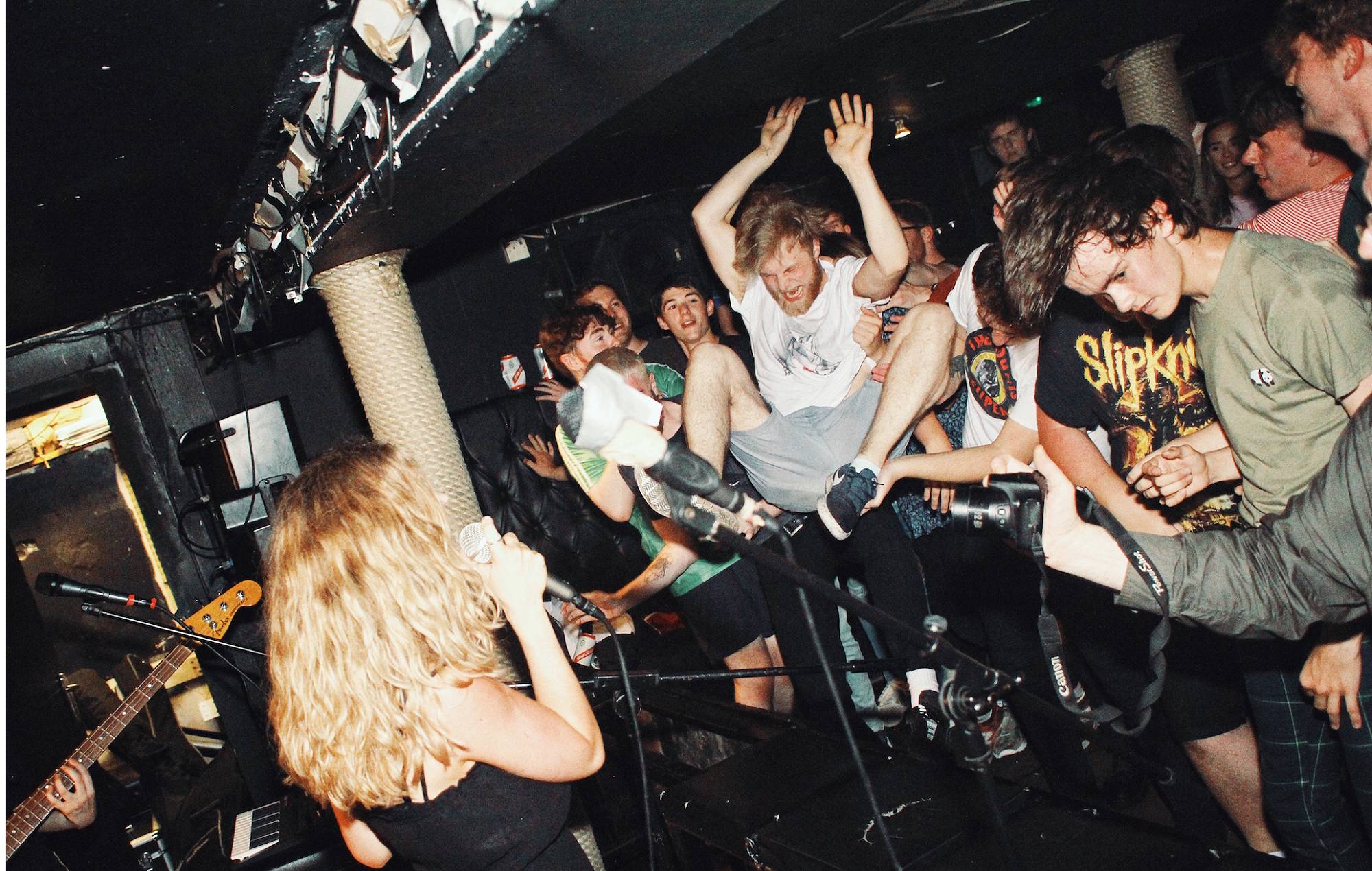 Music venues from across the UK have revealed what to expect when it comes to COVID safety rules when they reopen in the coming weeks.

This week saw Prime Minister Boris Johnson confirm that England’s “freedom day” will come next week, allowing the lifting of all COVID restrictions. As part of the move, businesses and large events organisers will be encouraged to use so-called “COVID passports” – proof of double-vaccination, negative test or recovery from coronavirus – in “high-risk” settings in order to limit the spread of infections in venues, although it will not be mandatory.

While live music bosses have been pre-empting government guidance on how events can safely return from July 19 onwards – while also continuing to call for insurance – now a number of venues have revealed how expectations are likely to differ between them.

Tunbridge Wells Forum for instance, have stated that their staff will be wearing face masks and have encouraged gig-goers to do the same, as well as advising them to get tested, vaccinated or registered as immune. They also added that no one will be excluded if they chose not to.

Similarly, London’s iconic 100 Club have said that they won’t be asking of proof of vaccination or a negative test, but urged gig-goers to regularly test themselves. If fans test positive or have COVID symptoms, then they will be granted a refund. They also assured punters that staff will be wearing masks and would have masks on0site for fans that wish to wear them during shows.

Meanwhile, The Leadmill in Sheffield told fans today: “We are very aware that cases are still high at the moment and the safety of both our staff and customers is our main priority as we re-open. Because of the wide variety of events we programme there is no one-size-fits-all solution so we will be adapting the venue on an event by event basis.

“We will be contacting customers before each event with any further details on measures we are taking to keep everyone safe and will continue our extensive cleaning regimes between events including using an anti-viral fogger.”

The situation is different in Scotland, Northern Ireland and Wales however. In NI, indoor venues will see the restriction on sound levels removed from July 26, with theatres and other indoor seated venues will also reopen on that date before the full return of live music will be decided on 12 August. The Welsh government continue to be pressured to set a reopening date, while Scotland will see a more staggered approach.

The Priory in Glasgow – who were saved from closure last year with help from Liam Gallagher donating items to an auction – remain cautiously optimistic but in need of guidance.

“We’re still behind in Scotland,” manager John Jokey told NME. “Next Monday we’ll be allowed live music and everywhere’s allowed open until midnight, but live music still needs to be socially distanced. We’re still fucked until August 8. That’ll be when nightclubs and gigs should be able to open at full. There’s still talk of mask restrictions, but we’re still in the dark.”

He continued: “We’ve missed live music and really need to get it back on, whether it’s socially distanced or not. Unfortunately, small venues like The Priory and King Tuts aren’t designed for that. Socially distanced gigs don’t make us any money and we’ll be running at a loss until we can fully reopen.”

Jokey said that venues and music fans would be taking a “common sense approach” to safety until they can figure things out in the longterm.

“When we can fully reopen, we don’t know what measures we’ll have to take,” he said. “We can try and make ventilation better, keep COVID cleaning levels up, put in sanitising stations. We just need to try and find our feet with what works and what doesn’t. I think masks are going to be a thing, and I have no issue with that going on for a wee while until we see how things go.

He added: “There will inevitably be a spike when we reopen, but are we going to carry the can for that again? Who knows? The industry can’t do that. If we get shut down again, then the industry’s fucked.”

Music Venue Trust CEO Mark Davyd said that they would “strongly encourage audiences to look at venue websites, look at their social media and find out what each specific venue is doing that’s relevant to their particular characteristics, their location and demographic”.

“Everyone wants to run a really good risk mitigation process, but the truth is that what you want to run in Truro based on their local infection rate, is completely different to what you want to run at Manchester’s Gorilla based on their infection rate and demographic,” he told NME. “The layouts of the venues are different, the local population is different, the vaccine uptake is different.”

Davyd said that of 550 UK venues he recently spoke with “it was difficult to find one venue that had the exact same approach to COVID safety as another on this as another” but that music fans should feel assured that “this sector has been working for the last 12 months on how to reopen”.

“Even though it’s very difficult for them to do, we have some venues pursuing certification before fans can get in,” he said. “Then at the other end, we’ve got venues in areas with an incredibly low rate of local infection where they have a fully mechanical ventilation system, everyone who works there is double vaccinated, and they’re saying that they really don’t have to do very much to be able to open safely.

“Then there’s a lot in between. There isn’t one simple answer. We have some venues that have decided that they’re going to open at partial capacity to see what happens and build some confidence around what they’re doing.”

The MVT said that some would be returning with social distancing, while also predicting that 90 per cent of UK music venues will be fully open by the end of July. With self-imposed COVID rules disparate between gig spaces, Davyd urged music fans to investigate what approach (if any) the venue is taking to check if attendees have been vaccinated, tested or are immune, what their approach is to ventilation and what their stance is on masks for audiences, staff and artists – while nearly all venues will be embarking on deep cleaning and encouraging the use of hand sanitisers.

“If anyone is able to do this safely and in a way that makes sense, it’s these venues,” he said. “They have a huge amount of experience in working together meet guidelines and do what’s right. When these venues and the rest of society are open at full capacity, going to gigs will be one of the safest things that you can do.”

He went on: “They’re very serious about people’s safety. No one wants to be the site of an outbreak. We’re all a very tight-knit community of fans, and you’re going to say much better behaviour at music venues then you’re going to see across vast sections of society. Anyone who thinks that going to the Brudenell Social Club is going to look anything like Leicester Square did after the Euros on Sunday is having a laugh.”

Ultimately, Davyd encouraged gig-goers to make “an informed choice” depending on how comfortable they feel.

“Even in our very well prepared sector, some venues will be gold star and some will be bronze,” he added. “If you’re concerned then only go to a gold star venue. If you’re vaccinated or immune, you can probably go to a bronze. That’s your choice to make.

“There will be people who don’t feel comfortable yet, and that’s fine – but gigs will be starting on Monday, I’ll be going to the Frank Turner one at the Clapham Grand and I’ll be taking my crowdsurfing shoes because I’m comfortable with the measures they’ve taken at that venue.”

It is hoped that more clear guidance for venues, festivals and clubs will emerge in the coming weeks – as well as news on the potential of “cultural quarantine” passes to allow international artists to travel and perform in the UK.