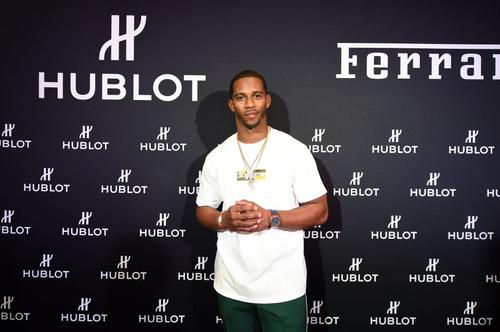 Former New York Giants wide receiver Victor Cruz was one the select few who collaborated with Nike on an Air Force 1 in celebration the shoe’s 35th anniversary last year. Today, Cruz provided a detailed overview the kicks which may be among the best them all.

Unfortunately, it appears the special edition AF1s will be strictly a “Family & Friends” release.

Like the other visionaries who created their own Air Force 1 back in November, Victor Cruz’s AF1 is built on a white base and it comes equipped with gold detailing throughout, including the VIC logo on the tongue, the “80” on the strap, the luxurious lace-tips, and Nike branding on the heel.

While Cruz does mention February 1st in his caption, he also added that his AF1 collab is F&F only.

Check out the kicks in the IG post below.