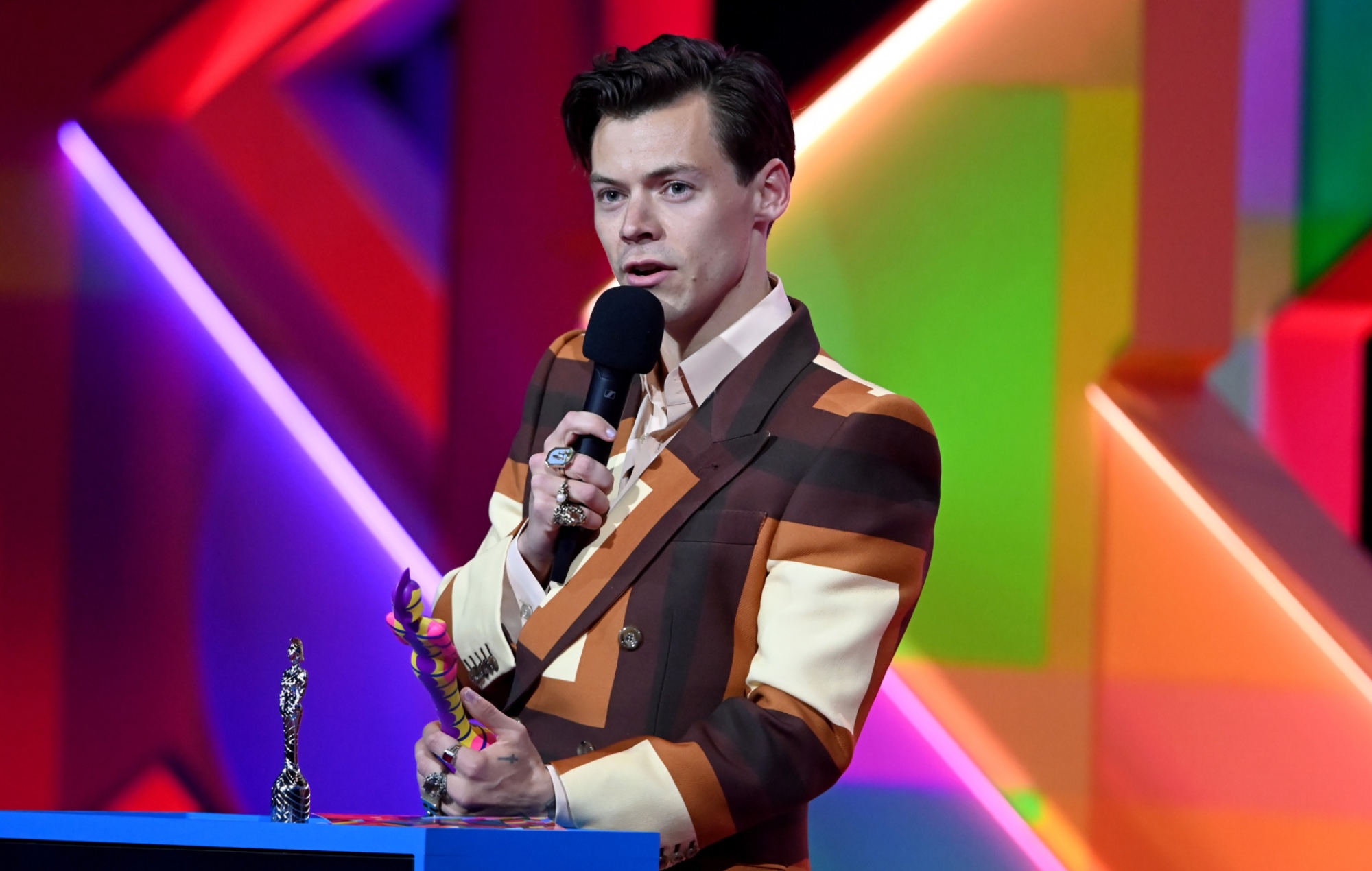 Viewers baffled by Harry Styles’ accent at the BRIT Awards 2021

Viewers watching last night’s BRIT Awards 2021 have said they were “baffled” after hearing Harry Styles’ accent during his acceptance speech.

The former One Direction singer picked up the Best British Single award for ‘Watermelon Sugar’ at the event, which took place at London’s O2 last night (May 11).

Accepting his award, Styles said “moments like this make me more incredibly grateful to get to do this,” at which point many viewers expressed surprise that Styles’ accent sounded Americanised.

“Has Harry Styles set his accent to ‘shuffle’,” one Twitter user wrote, while another added: “Did I just hear Harry Styles’ accent with an American twang?”

Some compared the moment to when Joss Stone spoke in an American accent during her BRIT Award acceptance speech in 2007. “Harry Styles’ accent is a bit Joss Stone, isn’t it,” one user tweeted while another said: “Is he paying Joss Stone a tribute…?”

You can see some more of the reactions below:

Why has Harry Styles got an American/English accent. Self hype maybe? Baffled#TheXFactor

Has Harry Styles set his accent to ‘shuffle’?

…Did I just hear Harry Styles’ accent with an American twang? 😩

This is not a joke, the flat I grew up in had wallpaper like Harry Styles suit at #BRITs tonight….also is he paying Joss Stone a tribute of when she spoke with a dodgy American accent!?!?!?!

This year’s BRIT Awards ceremony opened with Coldplay performing their new single ‘Higher Power’ from a pontoon on the River Thames. Dua Lipa, Arlo Parks, Headie One and more also took to the stage at The O2 in London.

The BRITs 2021 served as a government COVID pilot event, meaning that a scaled-back live audience – largely made up of NHS and key workers – could attend the ceremony without the need to wear masks or socially distance.


You can see the full list of winners here.