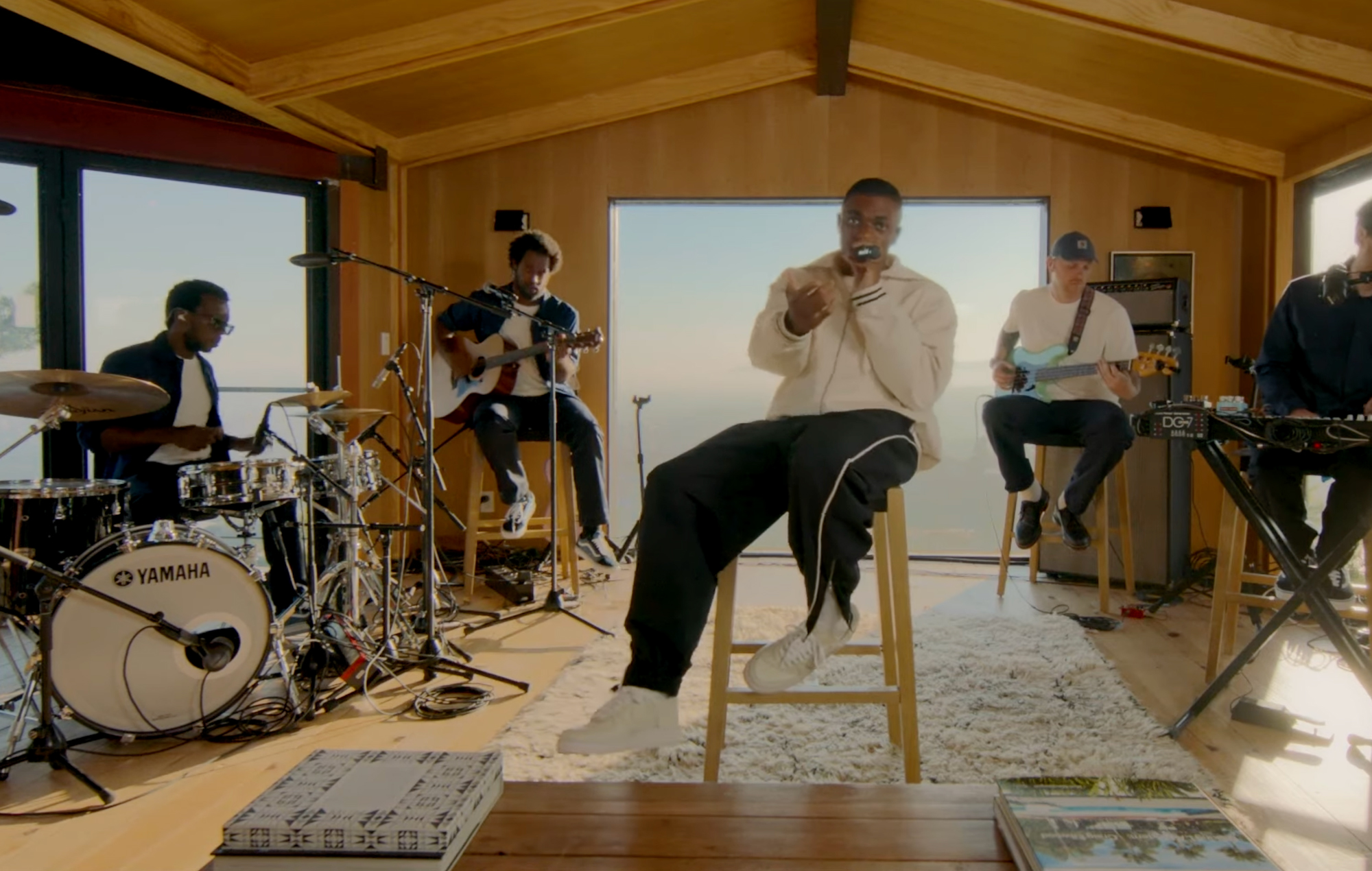 Vince Staples‘ enchanting take on NPR’s long-running Tiny Desk series has made it to the Internet, sporting a handful of choice cuts from the rapper’s newly minted fourth album.

The set was recorded, as the series has been since the COVID-19 pandemic broke, from outside the series’ usual home of All Songs Considered host Bob Boilen’s desk at NPR’s Washington office. Instead, Staples and his four-piece backing band took to an idyllic cabin in the Hollywood Hills.

“You should see this view – I don’t live here,” the 28-year-old boasts midway through his four-track performance. “I would never live here.”

In the set, Staples belted out a series of tracks from his self-titled fourth album, kicking off with lead single ‘Law Of Averages’ and wrapping with the Fousheé collab ‘Take Me Home’ – for which the fellow Harlem trailblazer made an in-person appearance.

Take a look at the full performance below:

Staples’ new album hit streaming earlier this month via Blacksmith/Motown. In addition to ‘Law Of Averages’, it features the striking cut ‘Are You With That?’, initially shared as a single two days before the album’s release and followed shortly after with an equally cinematic and polarising film clip.

NME gave the album a four-star review, calling it “a refreshing ten-track LP that perfectly illustrates who [Staples] truly is as an artist, and (hopefully) a star”.

Speaking to NME yesterday (July 23), Staples stressed his intentions to stay humble no matter how many accolades he racks up.

“I feel like everyone wants to be heard by the most people possible,” he said. “Everyone wants to touch the world as much as they possibly can. But I appreciate whenever I have, you know?

“I’ve been able to change my life and take my family out of a very bad situation. So if I’m able to do that, everything else is just a plus. I’m very content and very happy with whatever I get from music and life, no matter what it is… You gotta appreciate all successes.”

Staples has teased that he’ll follow up his self-titled LP with a second album in 2021, tentatively titled ‘Ramona Park Broke My Heart’, as well as a currently untitled TV series bound for Netflix. In December, he’ll make his debut as a graphic novelist with the publication of his book Limbo Beach.

Earlier this week, Staples stated he “won’t be supporting” an upcoming rap film inspired by Mac Miller, which was recently called out by the late rapper’s family.

“I’m just happy I was able to know he was such a genuine, polite, and just caring person,” he told NME. “It definitely, definitely was a privilege to know him.”

Elsewhere in 2021, Staples has been on a collaborative hot-streak, teaming up with the likes of Pusha-T (for the track ‘Jungle Mantra’), Lil Yachty (for ‘In My Stussy’s’) and Emotional Oranges (for ‘Back & Forth’).