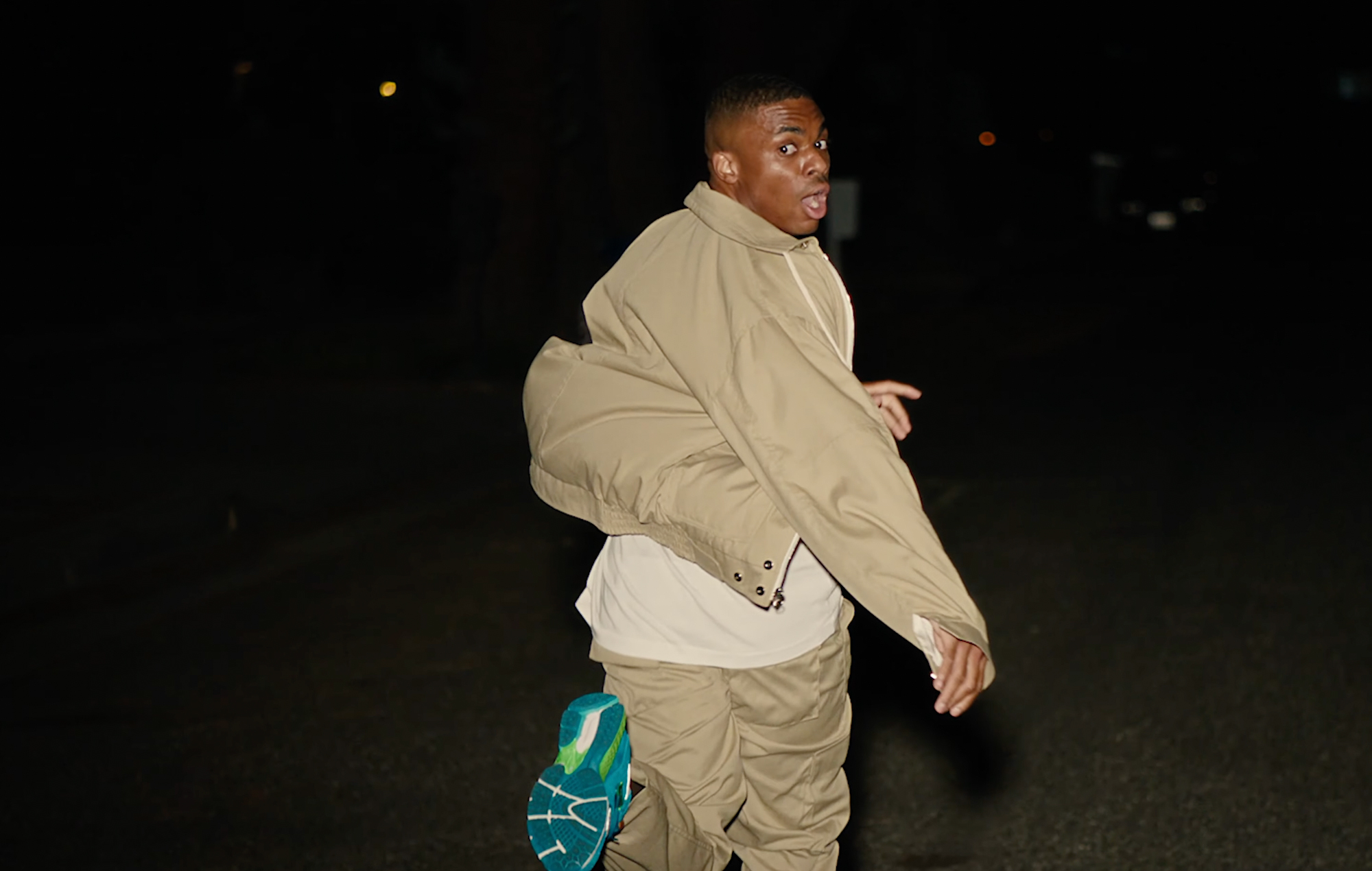 Vince Staples keeps running in the new video for ‘Are You With That?’

Vince Staples has shared the visual for his latest single, ‘Are You With That?’, in which he’s pursued in the middle of a suburban street.

Take a look at the video, directed by Jack Begert, below:

‘Are You With That?’ serves as the opening track on Staples’ self-titled fourth album, which was released last Friday (July 9) via Blacksmith/Motown. It was initially shared as a single two days before the album’s release, following lead single ‘Law Of Averages’ in June.

NME gave the new album a four-star review, with writer Kyann-Sian Williams calling it “a refreshing ten-track LP that perfectly illustrates who [Staples] truly is as an artist, and (hopefully) a star”.

Staples has teased that he’ll follow up his self-titled LP with a second album in 2021, tentatively titled ‘Ramona Park Broke My Heart’, as well as a currently untitled TV series bound for Netflix. In December, he’ll make his debut as a graphic novelist with the publication of his book Limbo Beach.

Elsewhere in 2021, Staples has been on a collaborative hot-streak, teaming up with the likes of Pusha-T (for the track ‘Jungle Mantra’), Lil Yachty (for ‘In My Stussy’s’) and Emotional Oranges (for ‘Back & Forth’).

Earlier this month, the rapper spoke about how the music industry “monetises people’s struggles”, and how that affects the image rappers try to sell.

“This is a business where we monetise people’s struggles, pain, death and murder,” he said.