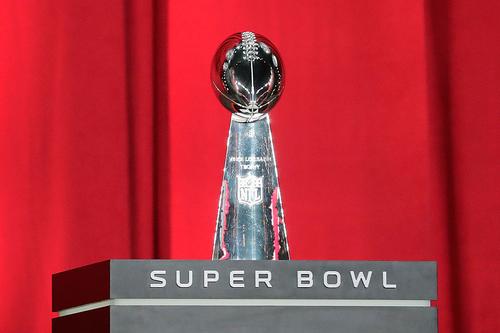 Vote: Which Two Teams Will Play In Super Bowl LII?

Just four teams remain in the hunt for the Vince Lombardi trophy, and that number will soon be narrowed down to just two after this Sunday’s championship games.

With the New England Patriots set to host the Jacksonville Jaguars and the Philadelphia Eagles welcoming the Minnesota Vikings into town, it’s as good a time as any to ask: Which two teams will be squaring f at Super Bowl LII in Minnesota on February 4th?

The AFC representative will be decided first, as the Jaguars at Patriots AFC Championship Game is scheduled to kickf at 3:05pm ET this Sunday (airing on CBS). In one corner, we have the NFL’s #1 pass defense. In the other, we have the #1 passer, Tom Brady.

Sunday’s matchup between the Jags and Pats will mark the fourth meeting between the #1 passer and #1 pass defense in a playf game since 1990. In those games, the #1 pass defense is 3-0. That said, this is the Patriots we’re talking about and the team is 21-4 at home in the playfs, which is the best home winning percentage all-time. Brady and Belichick will be looking for a record eighth Super Bowl appearance together while the Jags, 9-point underdogs, are in search their first trip to the big game.

Philly is obviously a far different team since losing MVP-candidate Carson Wentz to injury in Week 15, but Nick Foles did complete 23 30 passes for 246 yards in the Divisional Round win over the Falcons. It’ll be a different ball game this weekend however, as the Vikings’ defense ranks No.1 in total yards, No.2 in rushing defense and No.2 in passing defense.

Will it be the two No.1 seeds, New England and Philly, facing f in Super Bowl LII? The Patriots vs the Vikings on Minnesota’s home turf? Or will the Jacksonville Jaguars shock the world and reach their first Super Bowl?

Cast your vote below.