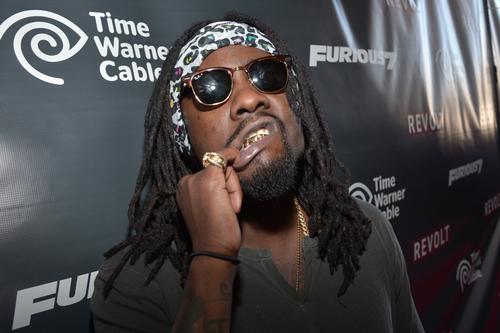 Say it isn’t so. Seems like Wale has undergone what he himself might call an “All Star Break Up” with former record label Atlantic. The relationship once proved fruitful for both parties, with the releases  The Gifted, The Album About Nothing, and recent effort SHINE. However, it seems as if things were simply not meant to be. A report from DJ Booth has confirmed that the Seinfeld aficionado has cut ties with Atlantic, citing a spokesperson from the label. Their statement is brief but effective – “”Wale is no longer with us.”  A reason has yet to be ficially put on record.

RELATED: Wale Is Not Feeling Valentine’s Day On “All Star Break Up”

As now, Wale is a free agent. Still, his likeness still remains on Atlantic’s “Artists” roster page, so perhaps they have yet to engage in a full internet cleanse. Since Wale himself has yet to speak on his departure, it’s little more than speculation at this point. Perhaps sales were the crux the matter; Wale’s Shine managed first-week sales twenty-eight thousand, with a Billboard peak 16. A quick gander at Atlantic’s roster does seem to highlight a preference for commercial juggernauts. Until one or both parties issue a more conclusive statement, all we can do is theorize.

Is this good or bad for Wale? If he was “dropped,” it might sound bad, but in reality it might be for the best. After all, if Atlantic weren’t willing to invest in his career, he might find himself feeling stifled by a neglectful label. Now, he’s the maker his own destiny – a prospect as terrifying as it is exhilarating.