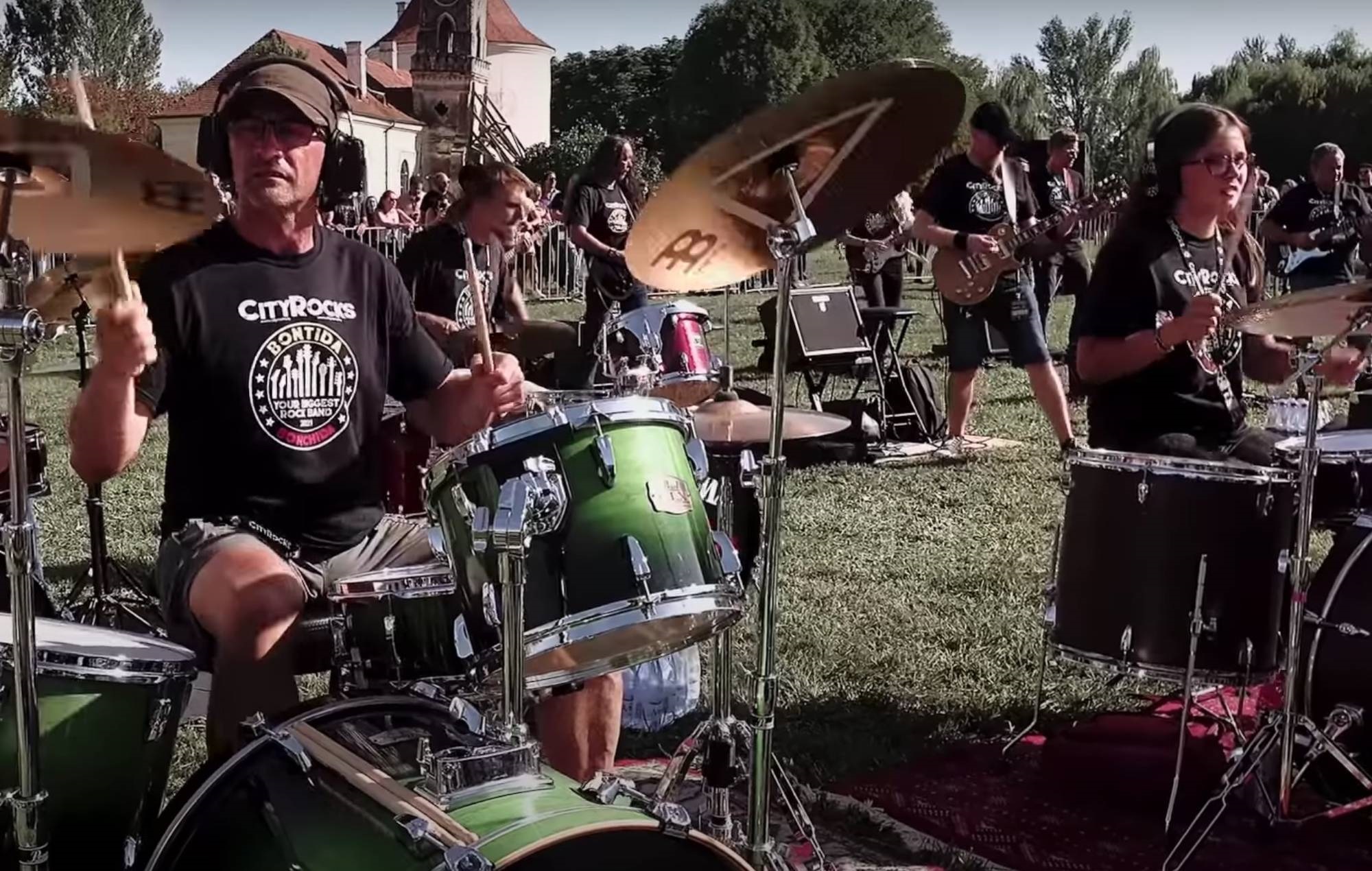 Green Day‘s classic hit ‘Boulevard Of Broken Dreams’ has been performed live by 150 musicians in Romania.

Flashmob CITYROCKS took to the grounds of Bánffy Castle with vocalists, guitarists, bassists and drummers of all ages gathered to collectively run through the ‘American Idiot’ single. You can view footage below.

They have previously covered Nirvana‘s ‘Come As You Are’ and Metallica‘s ‘Enter Sandman’.

The performance echoes a similar performance by a flashmob of 1000 musicians who famously performed ‘Learn To Fly’ in a bid to get Foo Fighters to come and play in Cesena, Italy in 2015.

After the band saw the viral performance, they later agreed to play a gig in Cesena.

Meanwhile, Green Day recently shared their new single ‘Holy Toledo!’, following on from the release of this year’s tracks ‘Pollyanna’ and ‘Here Comes The Shock’.

‘Holy Toledo!’ features on the soundtrack to Mark, Mary & Some Other People, the new rom-com from Hannah Marks.

Meanwhile, Green Day recently shared a 1994 performance of their classic single ‘Basket Case’ from their forthcoming ‘BBC Sessions’ album. Set to arrive on December 10, the collection comprises all of the band’s Maida Vale sessions from across their career (1994 to 2001).


Armstrong and co. last month released the second part of a limited edition 7″ vinyl, which is available exclusively to subscribers to their coffee company, Oakland Coffee Works.

Green Day recently wrapped up the North American leg of their ‘Hella Mega Tour’ with Fall Out Boy and Weezer. Rescheduled UK dates are yet to be confirmed.