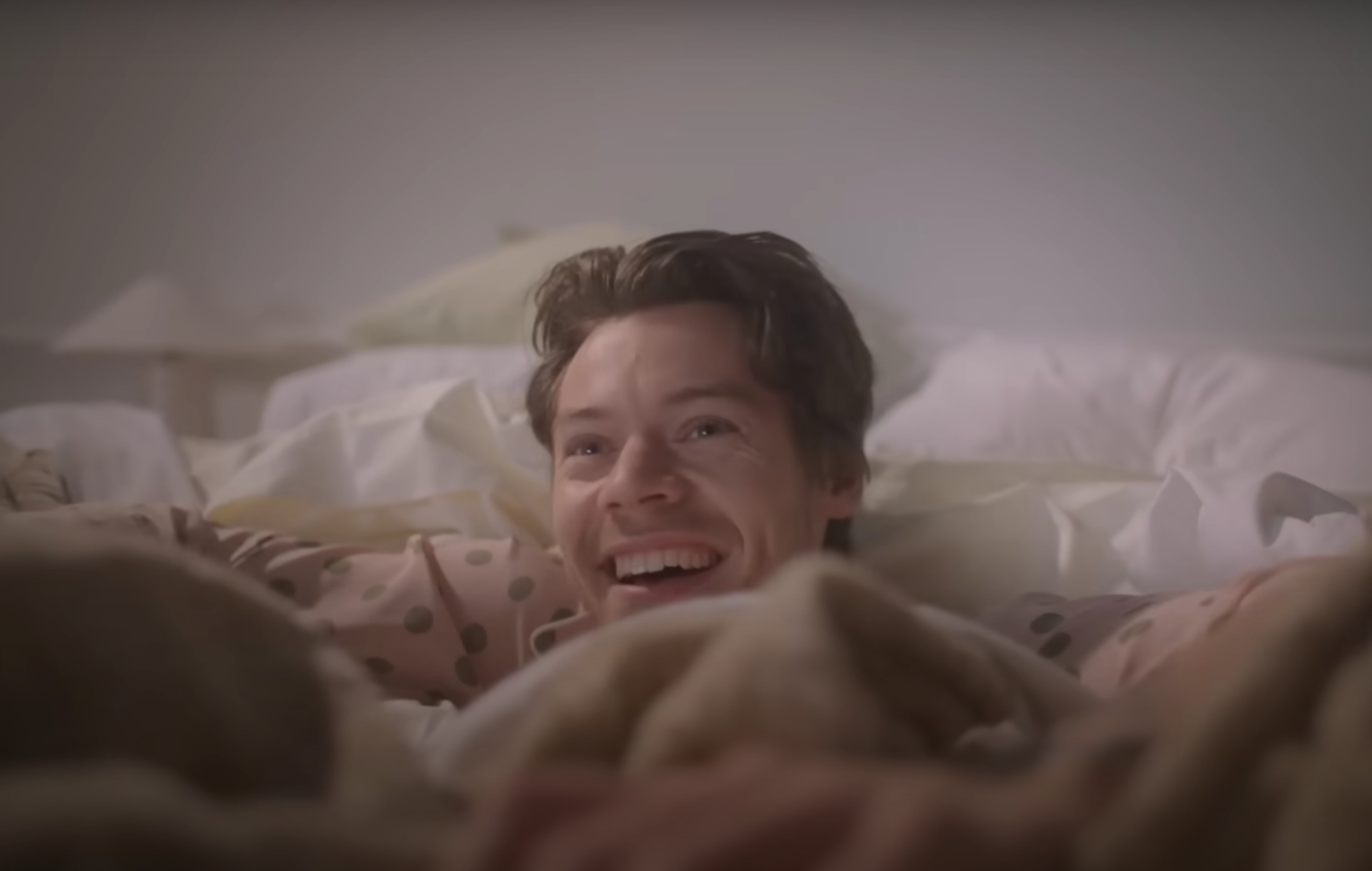 Harry Styles has shared a teaser for his upcoming ‘Late Night Talking’ video – you can watch it below.

The track serves as the second single from the pop star’s third solo album ‘Harry’s House’ following on from ‘As It Was’, which came out in April.

Yesterday (July 11), the official Harry Styles HQ account on Instagram posted a brief clip of the singer’s next official video. In the caption, it was revealed that the ‘Late Night Talking’ visuals will arrive tomorrow (July 13) at 12pm ET (4pm GMT).

The preview snippet shows Styles shaking his blue-socked feet as he whistles the tune to the song in question while lying in bed. A second shot sees him grinning at the camera in polka-dot PJs.

In a four-star review of Styles’ most recent full-length project, NME hailed ‘Late Night Talking’ as being a slice of “gleaming, strutting ’80s pop, which battles lead single ‘As It Was’ for brightest bop on the record”.

The track landed at Number Two on the UK’s singles chart, per the Official Charts Company.

‘As It Was’, meanwhile, has taken the crown for the biggest-selling single of the year so far. ‘Harry’s House’ was revealed to be the second best-selling album of 2022 behind Ed Sheeran‘s ‘=’.

Harry Styles is currently on the European leg of his 2022 ‘Love On Tour’, which visited the UK last month.

In a glowing five-star review of one of his Wembley Stadium gigs, NME wrote: “This epic, two-hour show gradually builds itself up to become an exuberant victory lap, and Styles approaches the magnitude of the occasion with real thought and care.

“Styles also skilfully balances the untouchable precision of his celebrity with the kind of rogue, boyish charm that catapulted him to stardom in the first place.”