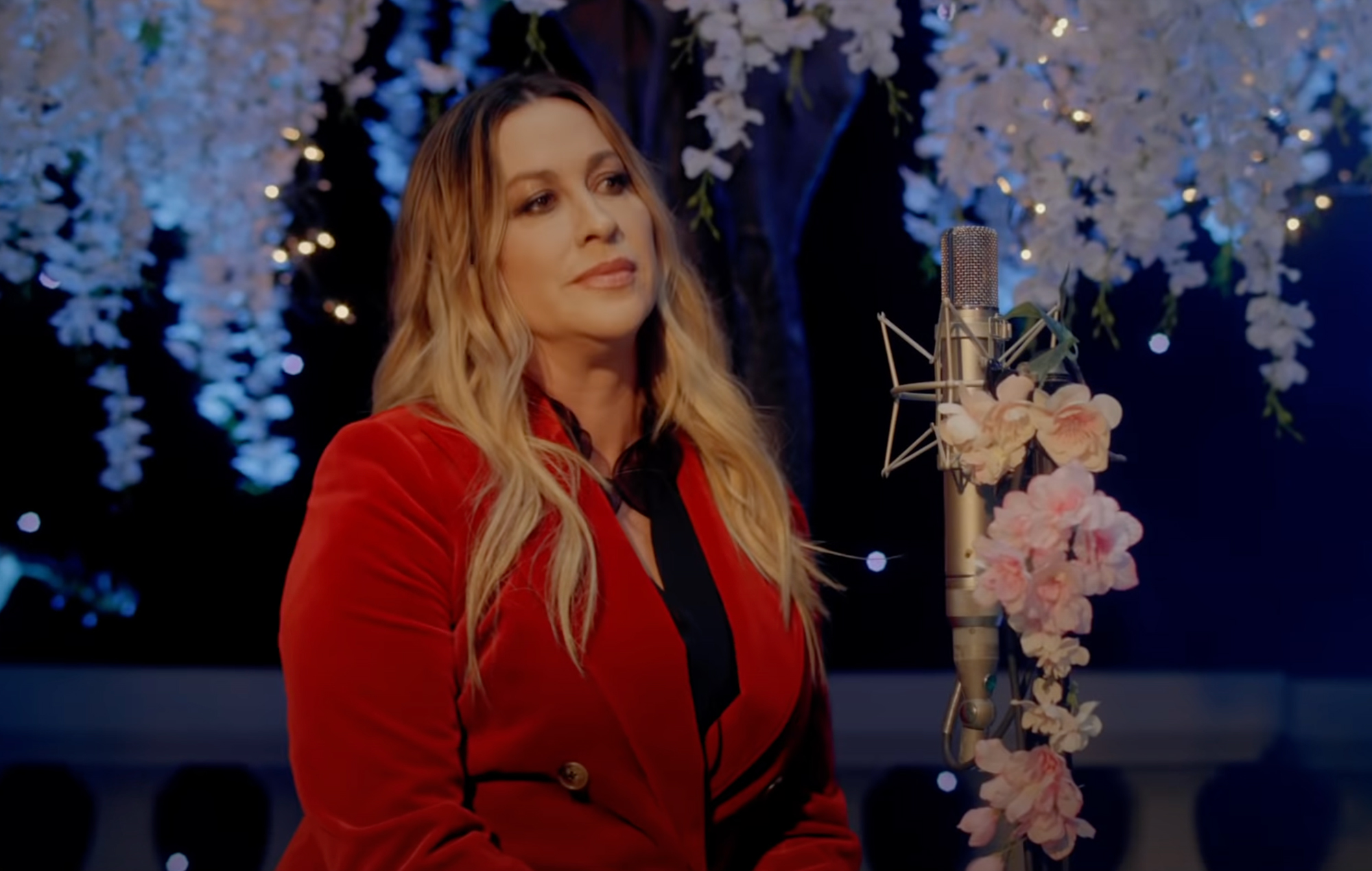 Alanis Morissette has shared an operatic redux of her 1995 hit ‘You Oughta Know’, performing it with composer Duomo and orchestral troupe Kroma Strings to commemorate its inclusion in season two of Bridgerton.

An instrumental version of ‘You Oughta Know’, remade by Duomo and Tomás Peire-Serrate, appears in the season’s fifth episode, ‘An Unthinkable Fate’, which Netflix released – alongside the other 15 episodes in season two – last Friday (March 25).

The new version, which Morissette performed live with Duomo and Kroma Strings, builds on the track heard in Bridgerton, combining the ethereal grandeur of Duomo and Peire-Serrate’s cover with the headstrong power of Morissette’s original. Have a look at the video, flanked by snippets of the new Bridgerton episodes, below:

Yesterday (April 1), NME’s Nick Levine declared Duomo and Peire-Serrate’s cover of ‘You Oughta Know’ to be the fourth best song in the soundtrack for season two of Bridgerton, writing: “They deserve credit for doing something a little different with Alanis‘ rage-rock classic. It also deserves credit for making us wonder if a Bridgerton character could ever say the line: ‘Would she go down on you in a theatre ballroom?’”

Earlier this month, Morissette announced a seven-date tour of the UK and Ireland. It comes after an earlier run of shows – initially due to celebrate the 25th anniversary of her ‘Jagged Little Pill’ album, which ‘You Oughta Know’ appears on – was cancelled due to the ongoing COVID-19 pandemic. She’ll now hit the road in June, playing shows in Glasgow, Dublin, Birmingham, Leeds, Manchester and London. Find tickets here.

Last November, HBO released a documentary about Morissette titled Jagged. It’s attracted a certain amount of controversy – Morissette spoke out against its release in September, rescinding her support for the film after it premiered at the Toronto International Film Festival. She said the film – which includes an eye-opening interview with the singer-songwriter – contains “implications and facts that are simply not true”.

She accused the team behind the documentary of having a “salacious agenda”, saying she “was lulled into a false sense of security” and telling her fans: “This was not the story I agreed to tell. I sit here now experiencing the full impact of having trusted someone who did not warrant being trusted.”