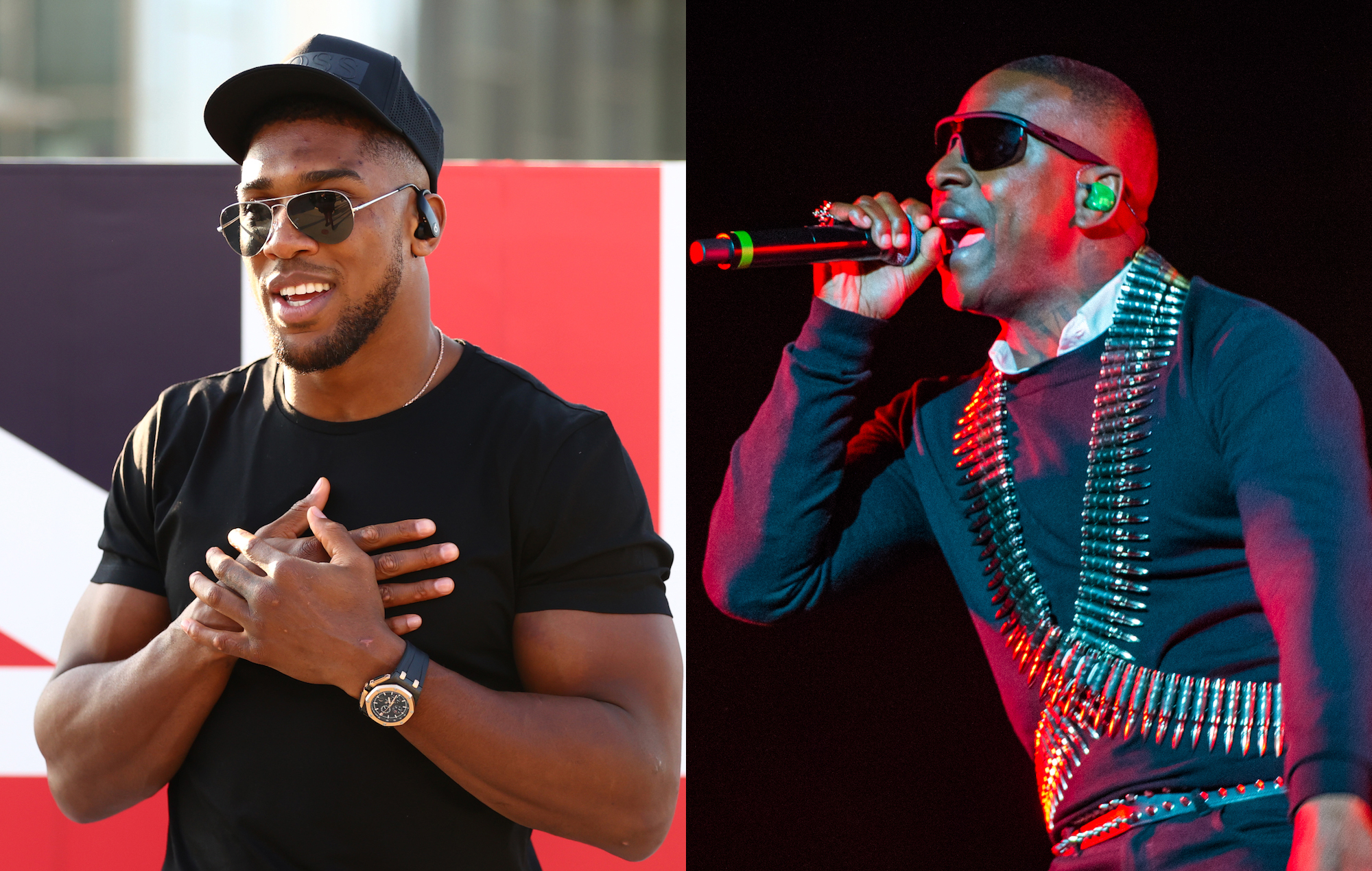 During his appearance in Dubai this week, British boxer Anthony Joshua treated fans to some public karaoke, spitting bars over Skepta and JME‘s 2014 track ‘That’s Not Me’.

Joshua is currently visiting the Arabian country as he trains for a match with Oleksandr Usyk, to whom he lost his WBA, IBF and WBO titles during a fight back in September. N Sport reports that a date for the rematch is yet to be locked in, though it will happen sometime this year.

Earlier this week, Joshua was seen training for the fight with former lightweight champion Floyd Mayweather.

When he wasn’t embracing photo opps at Expo 2020 Dubai site, Joshua was exploring the country’s city centre, where he showed off his love for UK grime by rapping along to ‘That’s Not Me’, taken from Skepta’s Mercury Prize-winning album ‘Konnichiwa’.

Take a look at a snippet from Anthony’s “performance” below:

After a busy 2021 – which saw collaborations with the likes of Ghetts, Pop Smoke and A$AP Rocky, Slowthai and Tony Allen, as well as his own ‘All In’ EP (which spurred the J Balvin-featuring ‘Nirvana’ and Kid Cudi-featuring ‘Peace Of Mind’) – Skepta may be retiring from the rap game.

Last March, following the release of his team-up with Jae5 and Rema, ‘Dimension’, Skepta took to social media to reveal that he’d stopped recording new verses entirely, with any heard from that point on recorded in 2020.

He said at the time: “I have one more song with Bando and L’s that we also recorded in 2020, after we drop that I’m out.”

Shortly after the release of ‘All In’, Skepta reconfirmed that he had no newly recorded music to share, saying the EP offered “all the music I have to give”.

He did, however, reassure fans that he wouldn’t be quitting music altogether. “Sure you all know, I’m a producer at heart and I have so many ideas that I want to work on with other artists,” he said. “Upcoming and established, young and OG. Skepta on production. It’s that time.”

In October, Skepta performed the ‘All In’ cut ‘Lit Like This’ on The Tonight Show Starring Jimmy Fallon. A month later, he performed a freestyle for the Plugged In video series by producer Fumez The Engineer.