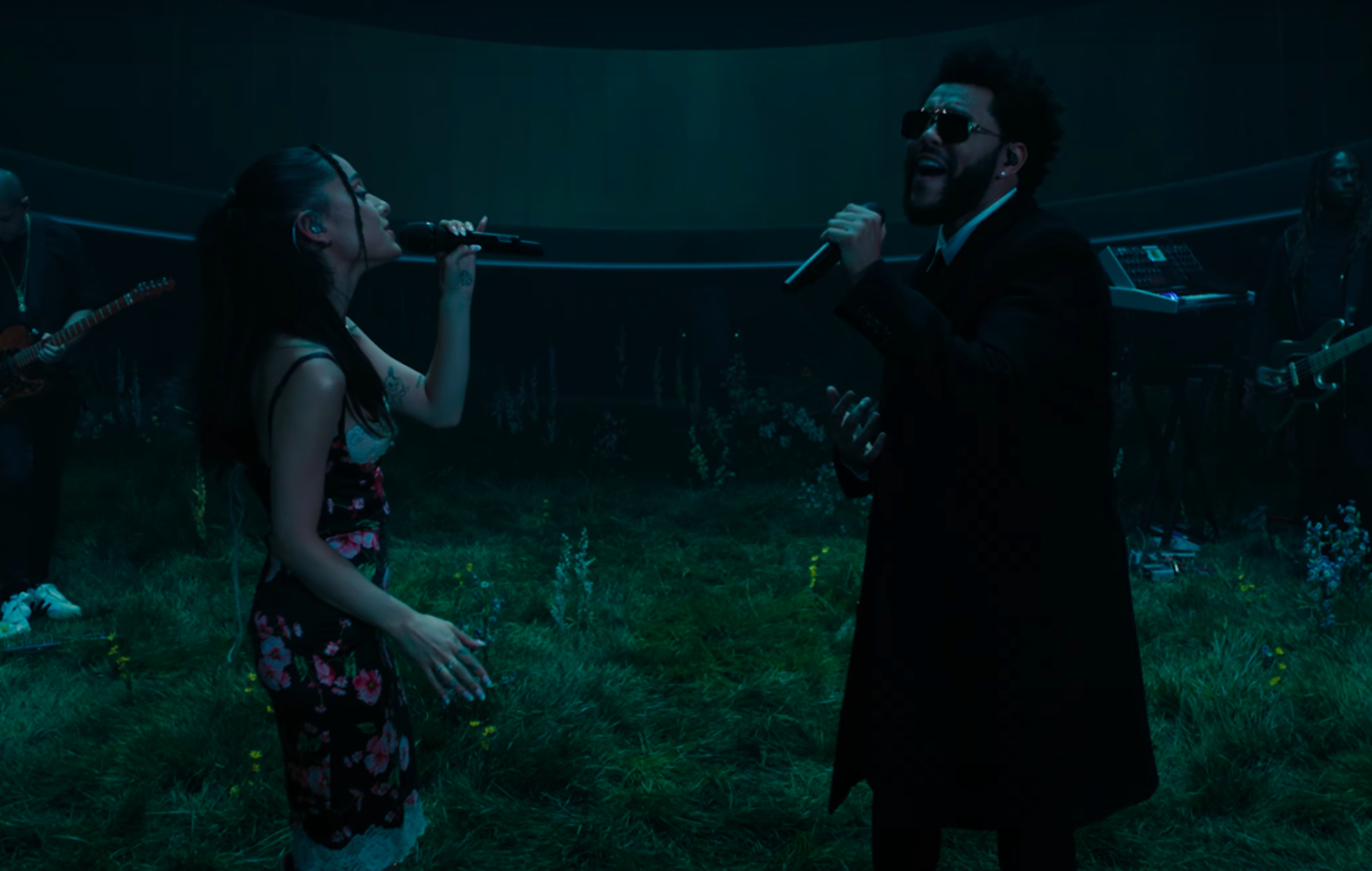 Ariana Grande has shared an official live performance of ‘Off The Table’ featuring The Weeknd – you can watch it below.

The collaborative track appears on Grande’s latest album ‘Positions’, which came out in October 2020. She later contributed vocals to a remix of Abel Tesfaye’s ‘Save Your Tears’, with the pair performing the song together in May.

Now, as part of her ongoing Vevo series, Grande has today (July 21) posted an official live performance of ‘Off The Table’ on her official YouTube channel.

The visuals begin with the singer walking across a lawn as a blue light flickers to the beat overhead. Her band, meanwhile, performs at the edge of the stage among a bed of flowers.

Later, Grande turns away to walk into the distance as The Weeknd enters the frame. Donning a long black coat and shades, Tesfaye then sings beside the pop star as the camera pans in and out.

Grande has also recently shared live performances of ’34+35′, ‘My Hair’, ‘POV’ and ‘Safety Net’ (featuring Ty Dolla $ign) as part of the Vevo series – you can check out the videos here.

Reviewing ‘Positions’ upon its release, NME wrote: “As an introduction to the next era of Grande’s career, it’s solid, but you can’t help but feel it’s missing some of her trademark sparkle.”

Last month, Grande announced that she would be giving away $1million (£723k) worth of therapy to her fans.

She wrote: “While acknowledging that therapy should not be for a privileged few but something everyone has access to, and acknowledging that this doesn’t fix that issue in the long run, i really wanted to do this anyway in hopes of inspiring you to dip a toe in, to feel okay asking for help, and to hopefully rid your minds of any sort of self judgement in doing so!”