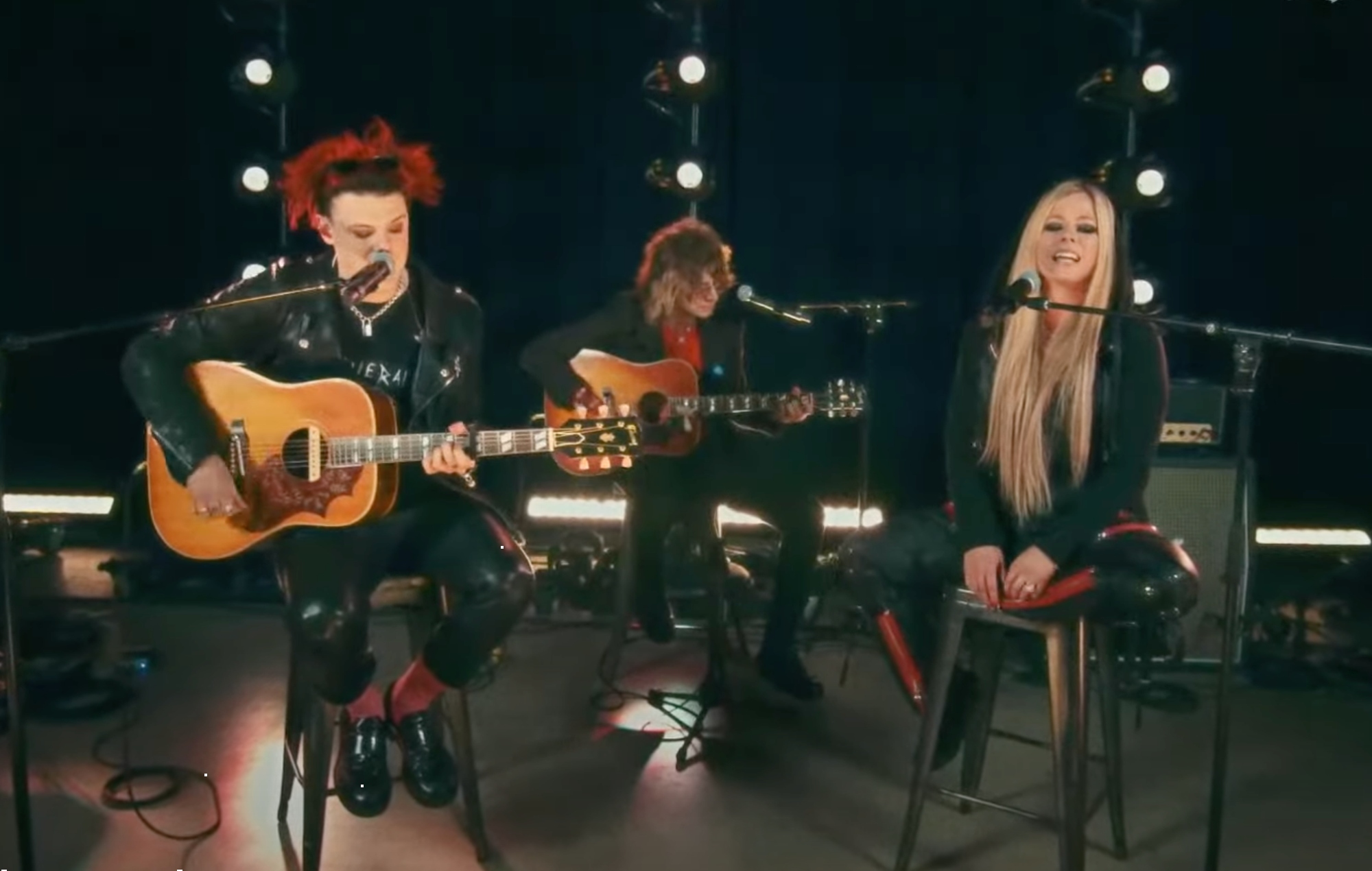 Avril Lavigne has enlisted Yungblud to help perform her 2002 ballad ‘I’m With You’ while appearing on the latter’s livestream performance The Yungblud Show.

Appearing around the 28-minute mark, Yungblud introduced Lavigne as the “emo queen”, saying “I can’t believe I’m even fucking saying this”.

The two offer a more stripped back version than Lavigne’s original, which appeared on her debut album ‘Let Go’, with Yungblud helming the guitar.

Watch the full livestream below:

The livestream, which saw other guests like Machine Gun Kelly, Tommy Lee and Dave Navarro, marked the one year anniversary of the original The Yungblud Show. MGK also appeared in the premiere episode, alongside Bella Thorne and Oliver Tree.

Yungblud’s most recent studio album ‘Weird!’ dropped late last year. In a five-star review of the album, NME‘s Ali Shutler wrote “Taking everything that’s brilliant about Yungblud and amplifying it, album two is Harrison at his most extreme.

“It’s exactly where he belongs, too. Yungblud’s never seemed more inspiring or vital as he proves himself as one of the most important rock stars around. ‘weird!’ really is wonderful.”

Despite the recent release of ‘Weird!’, Yungblud recently revealed that he has almost completed another album while in lockdown.


2021 has seen Yungblud perform a number of covers, from David Bowie‘s ‘Life On Mars’ to Olivia Rodrigo‘s ‘Driver’s License’.