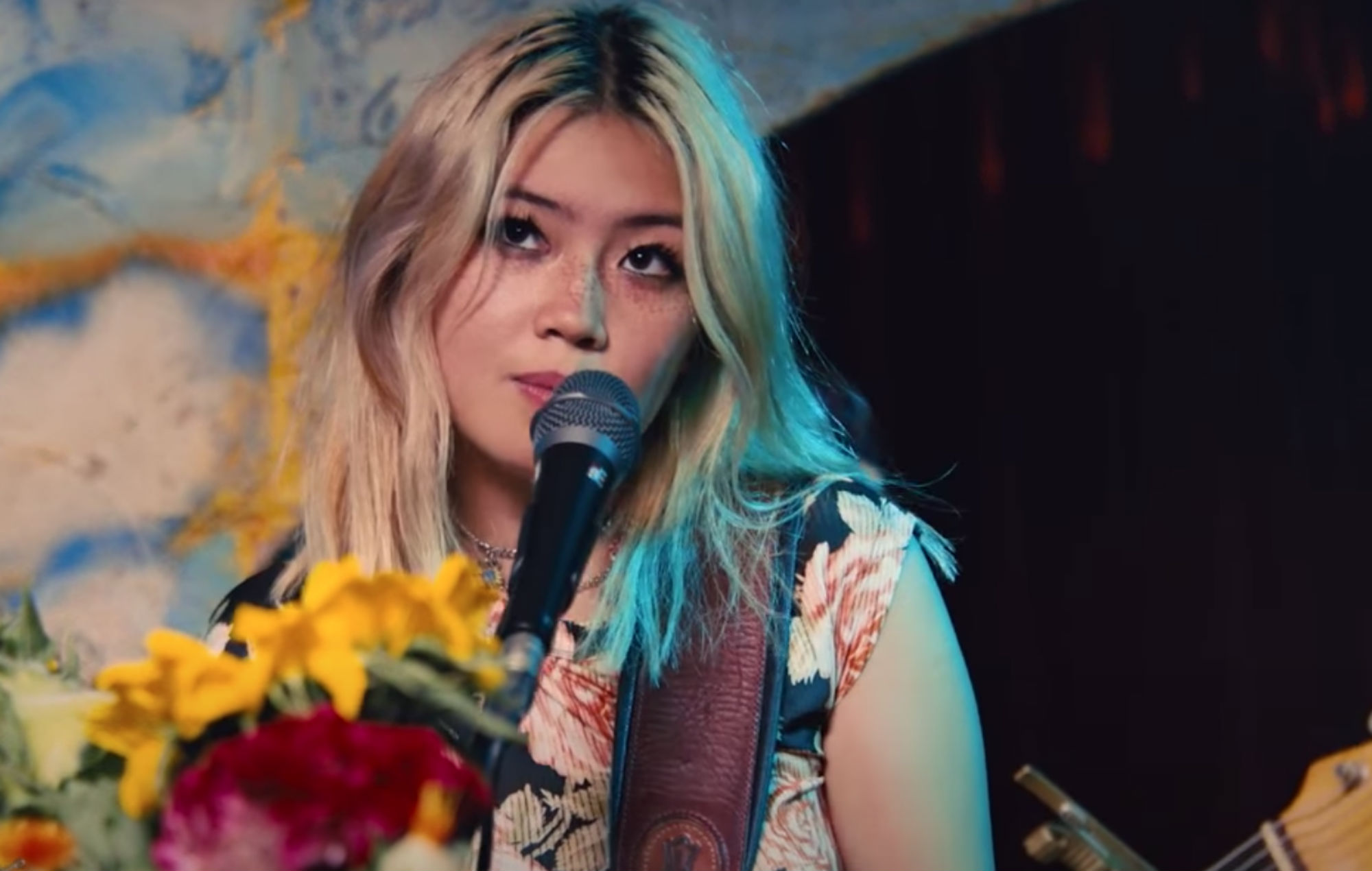 Beabadoobee has delivered one of her biggest US performances to date – even if the coronavirus pandemic meant that there was no transatlantic travel involved.

The London musician appeared on Jimmy Kimmel Live! on Wednesday night (November 18) performing her single ‘Care’, which was pre-recorded at London’s Shacklewell Arms.

Performing behind a mic loaded with flowers, Bea Kristi was flanked by her whole band to deliver the track, which is taken from her acclaimed debut album ‘Fake It Flowers’.

You can watch Beabadoobee perform her song ‘Care’ on Jimmy Kimmel Live! below.

This latest live performance comes after Beabadoobee played her debut LP in full live for the first time during a special livestream last month.

After playing as a full band for the first nine tracks from her debut album, Kristi gave a solo performance of ‘How Was Your Day?’ on acoustic guitar. Her band then rejoined her to finish the set with ‘Together’ and ‘Yoshimi, Forest, Magdalene’.

In a five-star review of Beabadoobee’s debut album, NME said: “One of the album’s greatest triumphs is the fact that Bea’s duality – rock star-slash-kitschy-introvert – is displayed so explosively.

“Neither part cedes space to the other; the two sides of her persona stand confidently shoulder-to-shoulder, intimate melodies giving way to choruses that, in another time, would have enraptured the masses live in concert (never mind).”